Heritage Radio Network has called Bushwick home for ten years, as the neighborhood has grown into one of New York’s true foodie hotspots. Of course, this has come along with steep raises in rent and many Bushwick residents being pushed out– a trend that we really can’t ignore. Some of our favorite restaurants and businesses have chosen to counterbalance the impact of gentrification in this neighborhood by keeping prices reasonable and making sure they welcome all Bushwick residents, old timers and newcomers alike

Here is HRN’s guide to eating, drinking, and shopping in Bushwick – complete with podcast episodes that illuminate the stories of some of our favorite restaurants, bars, and boutiques in our community. 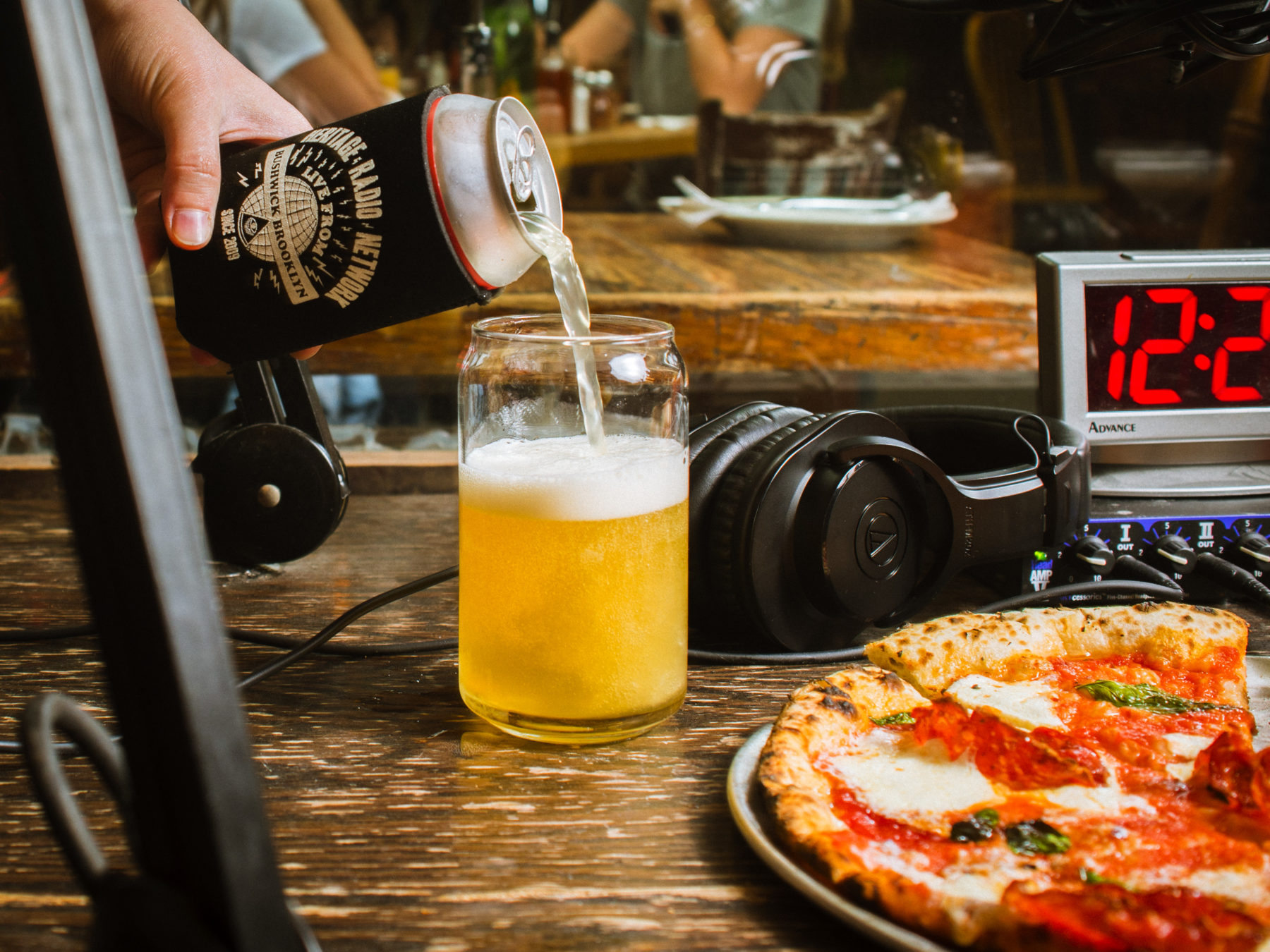 Sol Sips is a plant based, vegan cafe started by Francesca Chaney. While this type of food can often be on the expensive side and focused on serving a more niche community, Sol Sips has been combating this notion by focusing on making really delicious plant based food affordable and accessible for everyone. The food at Sol Sips is inspired by Chaney’s Caribean, Southern and Midwestern roots and the restaurant hosts weekly sliding-scale brunches, free cooking classes and often partners with community organizations that align with the Sol Sips vision. To learn more about Francesca and the incredible place she’s created here in Bushwick, check out the interview she did with Food Without Borders. 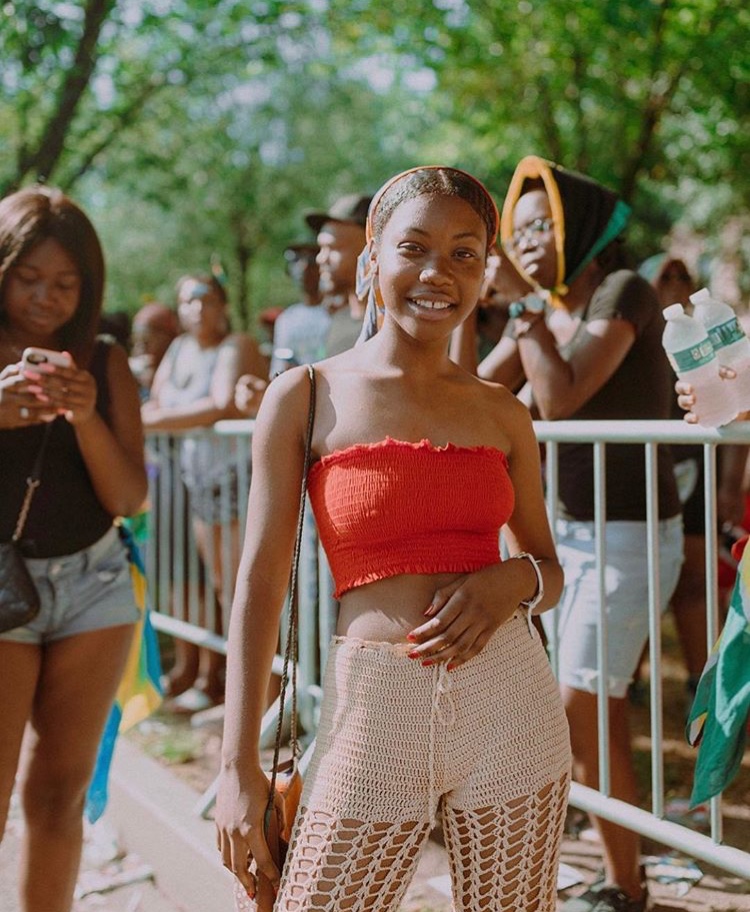 Just off the corner of Jefferson and Knickerbocker Ave you can find some pretty amazing global comfort food. From empanadas to gooey, bacon embedded mac and cheese to super hot chicken wings smothered in the aptly named ‘death match’ sauce, there’s something for everyone here at 191. And the origin story of this place is almost as heartwarming as the food itself. If you’re curious about the beginnings and journey of the 191 Knickerbocker family, earlier this year the owners, Rona and Jesse invited HRN’s Luke Griffin into their world for an episode of The Bushwick Podcast.

Roberta’s is a longtime Bushwick favorite and one of the places that really helped to put this neighborhood on the foodie map. Whether you’re looking for a fine dining experience or just some awesome pizza and interesting drinks, you can find it at Roberta’s. There’s outdoor seating just adjacent to the herb and vegetable and the two shipping containers where you might find a couple of our hosts recording one of your favorite shows. To learn more about Roberta’s check out this interview with one of the founders and COO, Brandon Hoy. 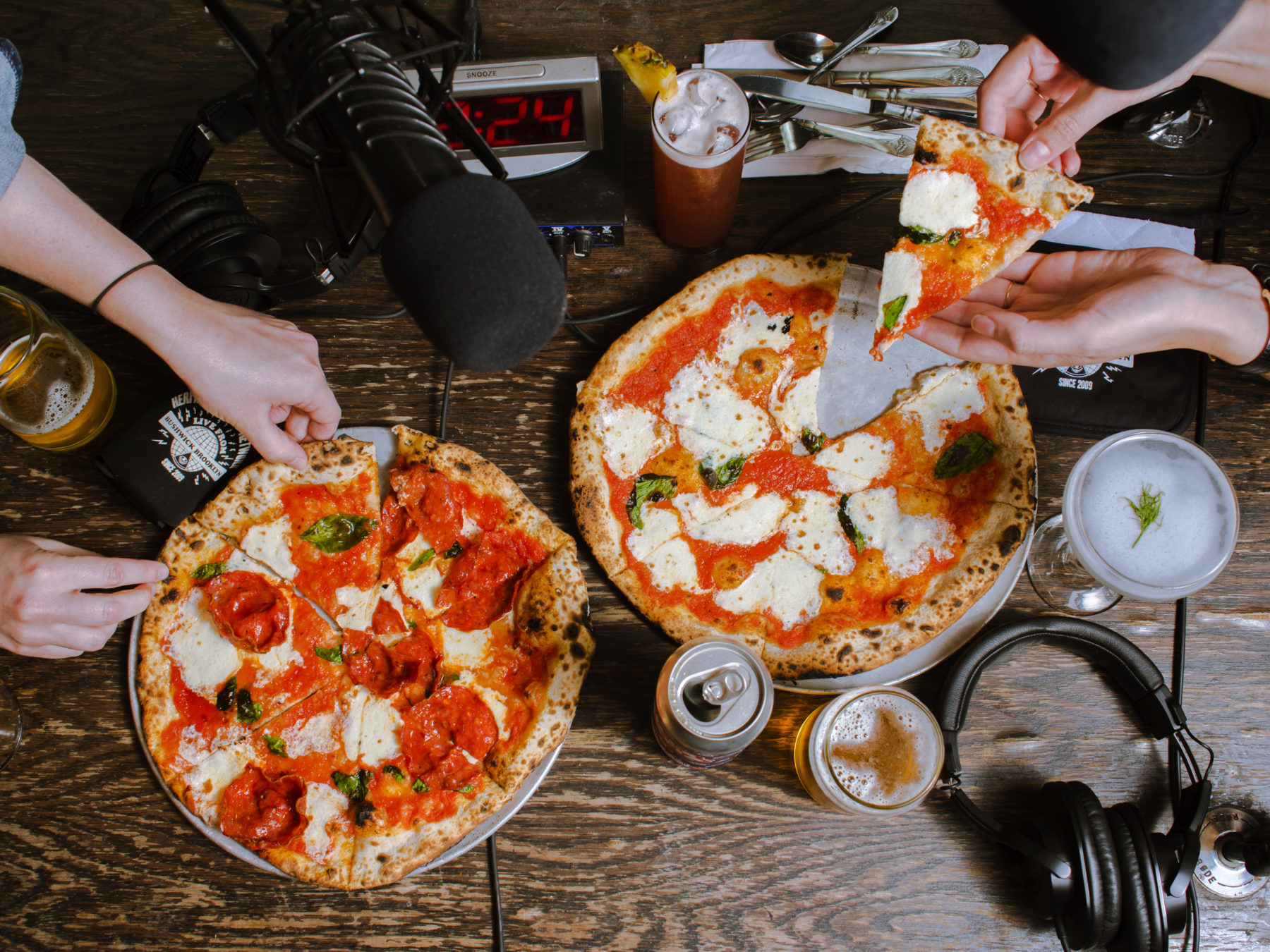 Dilara Erbay believes good food is a natural medicine for the body and for the mind. After rising up the ranks and becoming a top chef in Istanbul by serving up innovative turkish cuisine, she became disillusioned with the socialite focused scene she was serving and the expensive dishes she was creating. Dilara came to brooklyn to create something new: a creative, and playful take on the flavors of Turkey in a funky, welcoming and modest setting. Dilara’s story and that of Abracadabra were featured earlier this year on The Bushwick Podcast.

“For much of my childhood, I’d always imagine that the Falansai was a powerful and fascinating tribe. Only years later did I realize that “falansai” was my father’s phonetic butchering of the word “francais” – the French colonists. And so there it was, a Chinese in Vietnam badly pronouncing French. Like much of the cross-pollinated culture of Vietnam, the food of Vietnam also reflects this heritage: Vietnamese, Chinese, and French” -Henry Trieu, Chef/Owner, Falansai

Today, with plenty of acclaim, Trieu has brought the diverse heritage and delightful flavors of Vietnam to Bushwick. And he has expanded the tradition. Along with Vietnamese classics like Pho and Banh Mi’s, Falansai also serves up a diverse collection of ‘globetrotter Pho sauces’. To hear about Trieu’s food and journey to creating Falansai check out his interview with Sari Kamin on Food Without Borders. 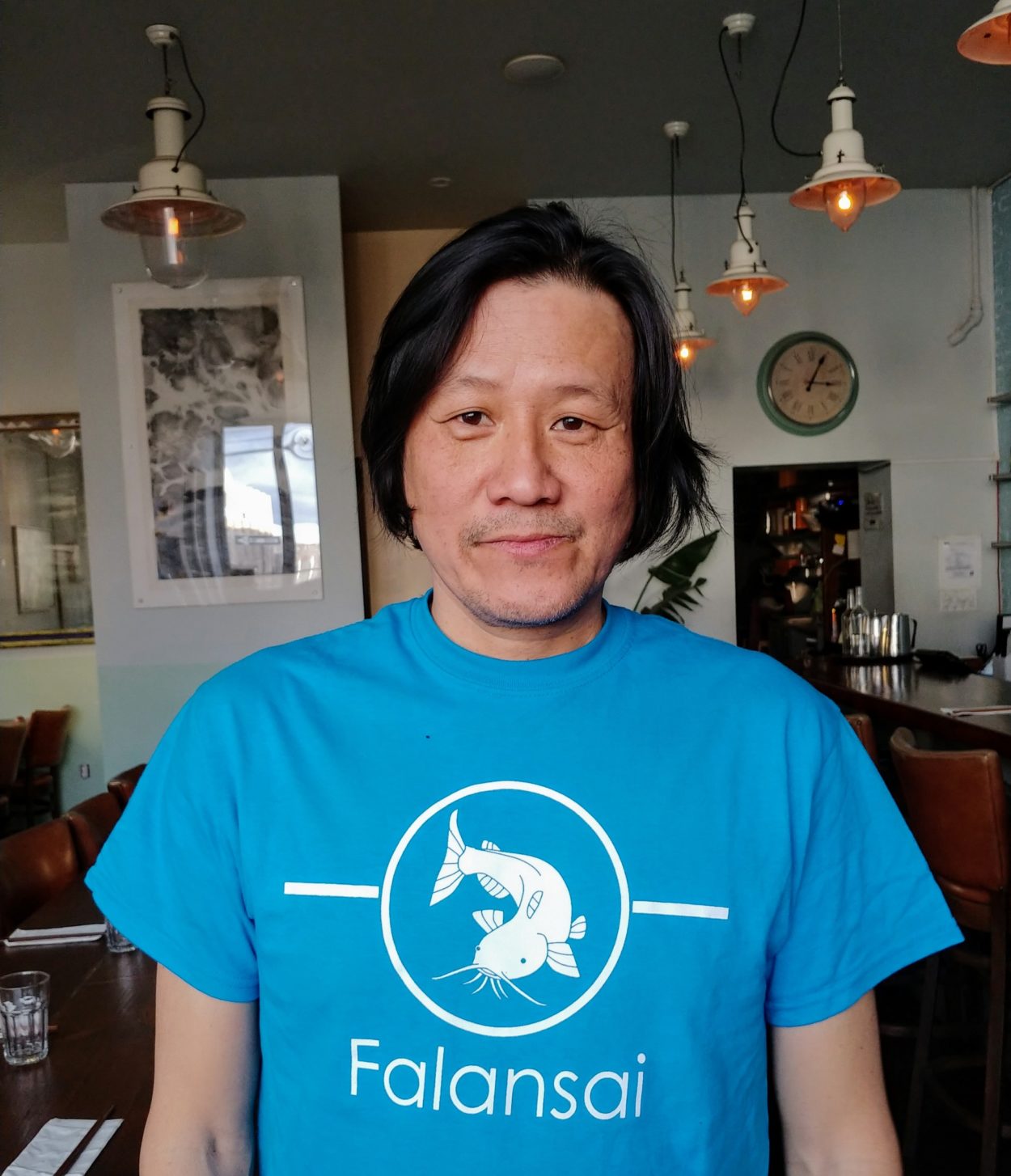 The decor of Bunker is inspired by American street, skate and hip hop culture but the food, comes from the homestyle Vietnamese street cuisine that owner/chef Jimmy Tu was raised on. The ingredients are responsibly sourced and focused on freshness, the recipes are traditional and true to Tu’s heritage and the vibe is punk rock, new age and a whole lot of fun. Hear Jimmy Tu’s story of merging the different aspects of his life into Bunker on The Bushwick Podcast.

Just off the Morgan St L train stop among unassuming industrial spaces and warehouses you’ll find one of Bushwicks newest culinary gems. With an open kitchen and modern-rustic design, Otis’ menu is filled with breathtakingly beautiful cocktails and a focused selection of delicately crafted plates of Mediterranean inspired American cuisine. Hear more about Otis from one of its creators and head chef, Scott Hawley on The Bushwick Podcast.

Yours Sincerely is undoubtedly one of the most unique cocktail bars in New York City let alone Bushwick. While craft cocktails on tap are becoming more common these days, Yours Sincerely serves only tap cocktails and it’s not just a gimmick. It’s not a gimmick at all. The drinks are really good and the prices are even easier to swallow. The laboratory beakers and eyedroppers say science class but the flavors and mixes scream genius. Check out The Speakeasy’s interview with Darren Grenia to hear more about Yours Sincerely. 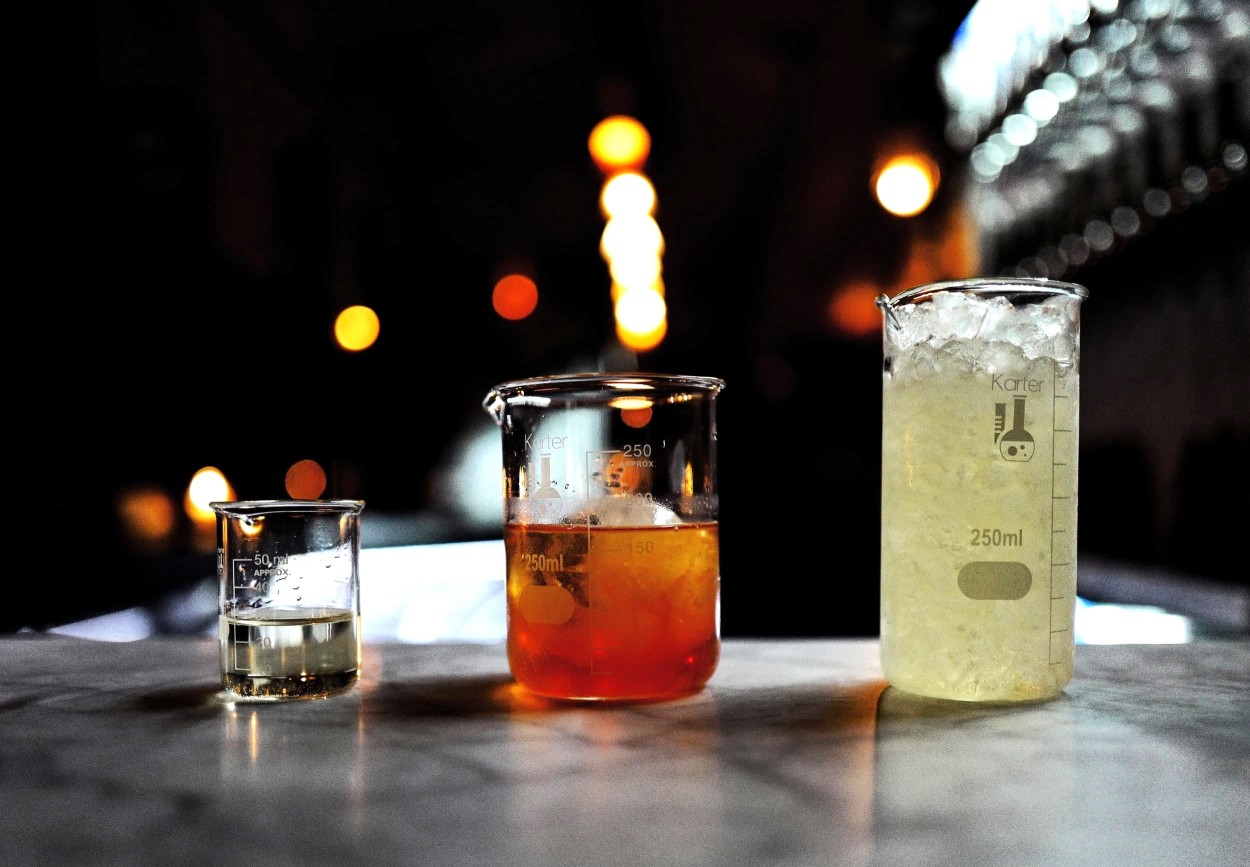 Cocktails at Yours Sincerely

The Kings County Brewers Collective was created by three ambitious brewers who realized how much easier it would be to create a brewery together as opposed to simultaneously going at it alone. Each one is unique in their visions and brews and because of that, KCBC is bursting with energy and three different creative forces. In addition to the Brewery they’ve also got an onsite tap room for tastings, just hanging out and third party events. They’re recurring guests on a number of HRN shows but if you want to trace it back to the start, check out this episode of Fuhmentaboudit from 2014.

The Sampler was established in 2013 then revamped and reopened in early 2018 and today supplies Bushwick with an artsy, homie place to taste and enjoy craft beers as well as find some really unique local brews that you might have trouble picking up at your local supermarket. They collaborate often with like minded breweries across NYC and are always mixing it up at the bar. HRN has featured the folks from the Sampler a couple of times but my personal favorite is this sit down with the Joel and Leo and a bunch of other NYC bar owners on Beer Sessions Radio.

Grimm Artisanal Ales is technically in East Williamsburg but they’ve got a great story and create some pretty magical beers so we’ve got to include them here. The folks behind Grimm, Joe and Lauren Grimm have been home brewing and fermenting for years. They shared their creations with friends, eventually began selling them at events in Chicago and then in 2013 began operating as a nomadic brewery. Finally in 2018, they put it all together and opened up Grimm Artisanal Ales, a brewery and taphouse with great drinks and food provided by Samesa! Check out this episode of The Morning After featuring Lauren Grimm from way back in 2014 when Grimm was still creating beer as a nomadic brewery.

The Well Public House is one of (if not) the most extensively curated bars in NYC. With 60 beers on tap and 140 bottled options plus wines and cocktails there is truly something for everyone. With towering ceilings and massive columns, The Well is a modern, spacious homage to a neighborhood that at one point was littered with breweries. Along with hosting concerts and other community events in their giant outdoor space, they’ve also been home to NYC Beer Week and this special live panel for Jimmy Carbone’s Beer Sessions Radio.

Taps at The Well

A true bean-to-bar facility, FINE & RAW starts with organic beans from sustainability-focused purveyors, and takes them all the way from their burlap sacks into finished chocolate bars, confections, and truffles. The products at FINE & RAW are free of refined sugars, vegan, dairy and gluten free. But none of that means that the chocolate isn’t sweet or creamy or delicious. They use coconut sugar, coconut butter, other nut butters and pretty special production method to create some truly incredible chocolate. Hear about the founders journey, the RAW vision and the sweets that they’ve been creating on this episode of The Bushwick Podcast. 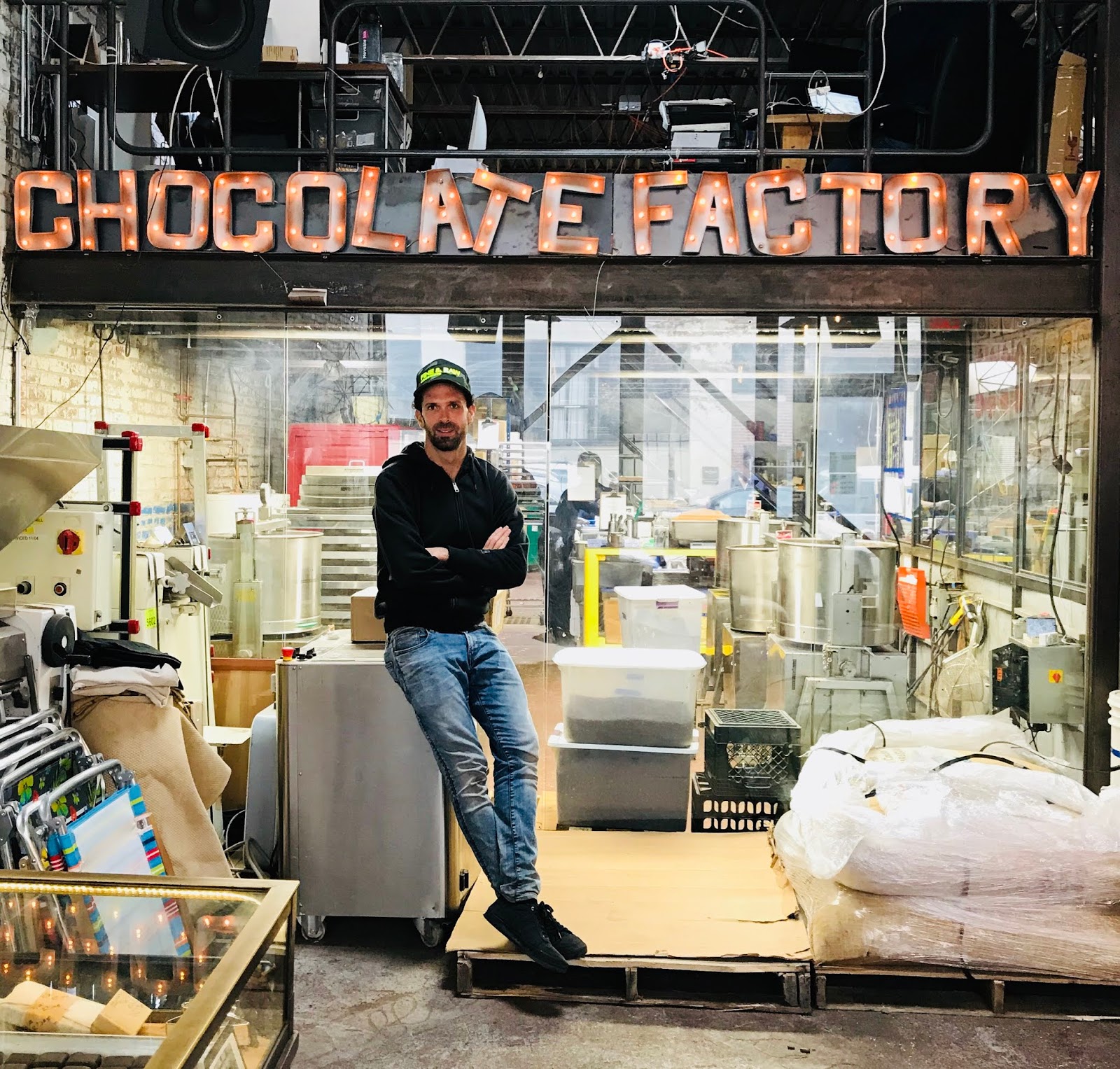 Food Co-ops aren’t exactly rare in brooklyn but the one in Bushwick sets itself apart by opening its doors to non owners. With a mission of providing healthy, responsible and reasonably priced foods while supporting farmers and companies that grow and distribute food in an ethical and sustainable method, the Bushwick Food Cooperative is member owned and democratically run. But again, this co-op is open to everyone and truly committed to offering great food to all. The Bushwick Food Cooperative was featured on an episode of The Bushwick Podcast earlier this year.

Unfortunately, last month, the Bushwick Food Cooperative experienced a fire and remains closed until everything is back in order. If you would like to donate and help this wonderful store get back up and running, a GoFundMe that you can donate to has been set up here: gofundme.com/f/rebuild-bushwick-food-cooperative

More Spanish is spoken in Bushwick than English. While new stores and restaurants have been popping up non stop, few of them directly cater to the large population of spanish speakers in this neighborhood. Mil Mundos is changing that. Mil Mundos is a bilingual bookstore and community center celebrating black and latinx heritage. And this store is not just a bookstore. They are part of a larger scale anti-gentrification project with a mission of promoting access to literature and community, in the dominant languages of the neighborhood. Check out this two part episode of The Bushwick Podcast (Pt. 1 and Pt. 2) to learn more about what Mil Mundos is building.

The Sacred Circle Theatre Company is a DIY, independent, queer/feminist theatre company based in Bushwick, making subversive and provactive work with artists across spectrums of gender and sexuality. Many of the performances put an emphasis on depicting a diversity of trans and queer experiences while everything that the Sacred Circle Theatre Company does is done with the goal of creating a community where everyone belongs. Luke Griffin of The Bushwick Podcast explored this special performance group and got to know the people and stories that make it happen. 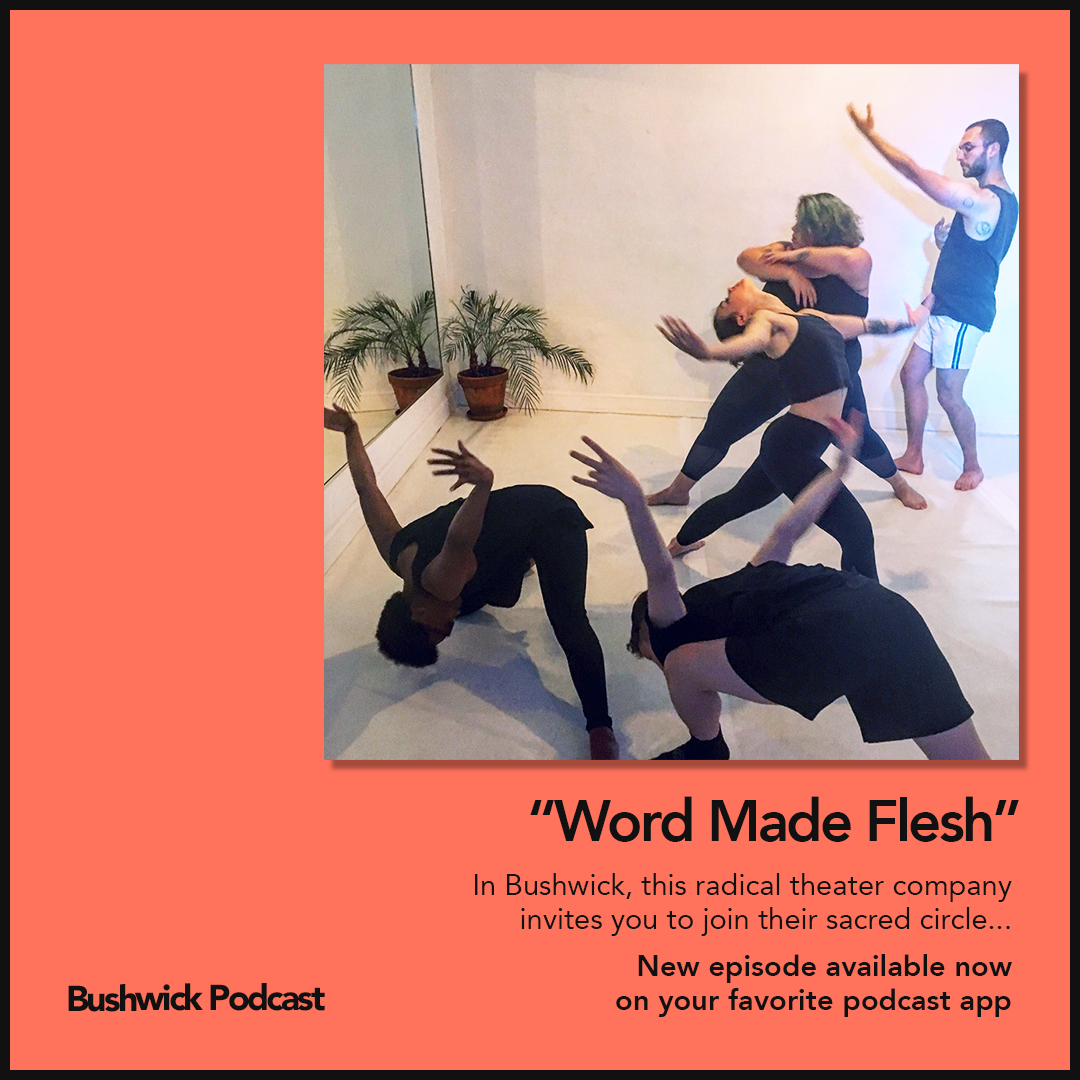 Get the License to Brew Experience with EscapeMaker.com