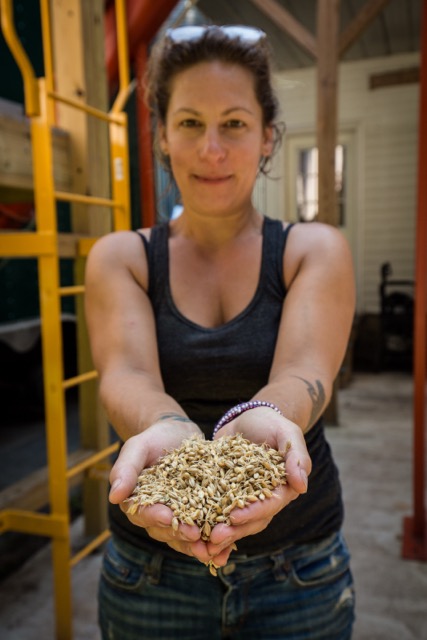 As one of the first artisan maltsters in the U.S., Andrea Stanley is the co founder of Valley Malt where she turns grains like wheat, barley and rye into malt for craft brewers and distillers. Valley Malt is the first craft malt facility in the northeast since prohibition and in 2010 when Valley Malt was just beginning there were only two other craft malt houses in the US. Today there are over 40. While Valley Malt is much smaller than the large scale commercial producers of Malt they are able to ship out the product as soon as its finished as opposed to letting it sit around like some of the larger distributors do. This results in far fresher and more intense flavors. Stanley is also the president of the Craft Maltsters Guild, an organization she helped found to work on variety trials and development to figure out which grains will grow best in different regions.