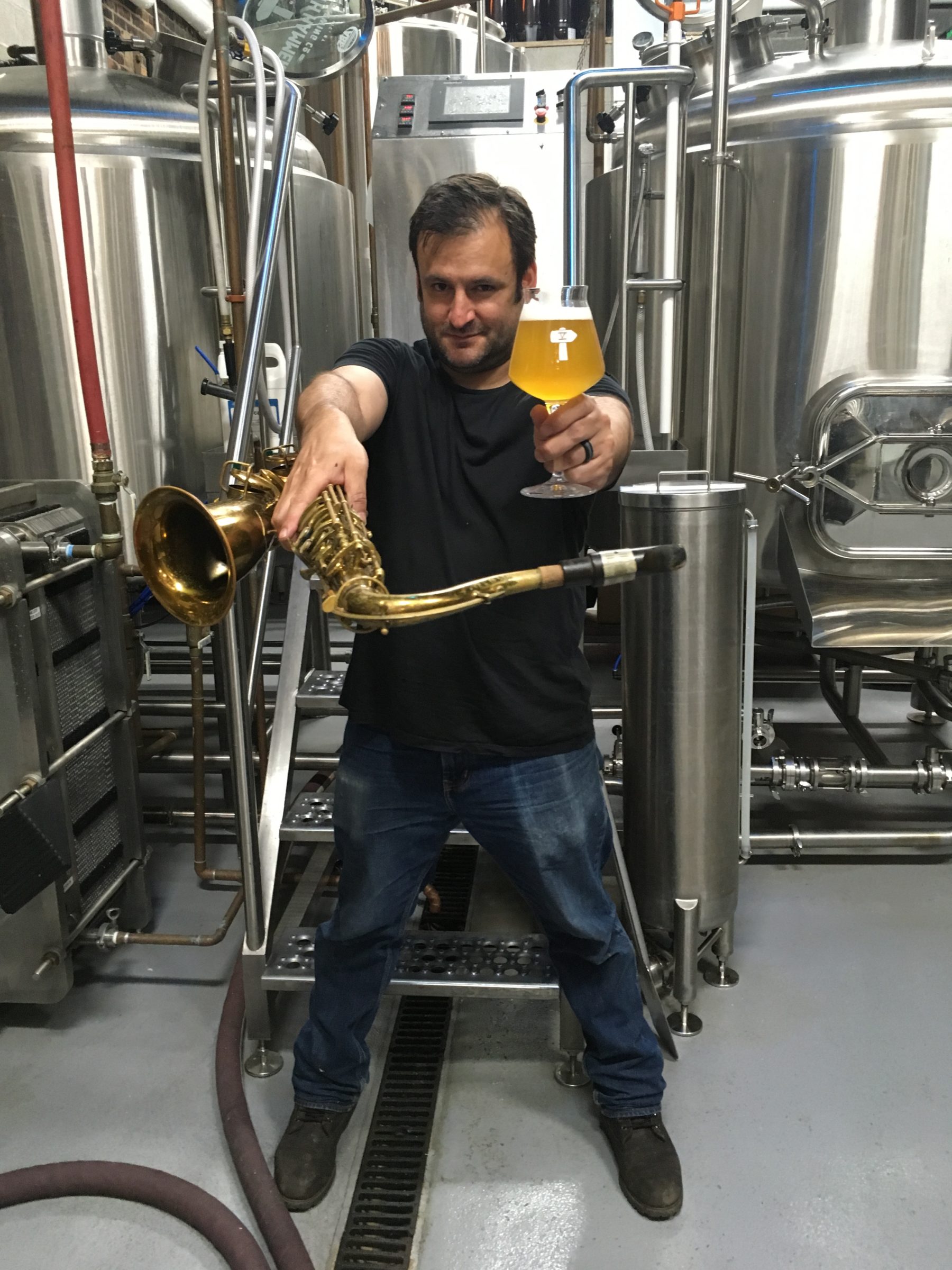 Chris Cuzme is a professional saxophonist and brewer. He and Mary Izett are the co-founders and co-owners of Fifth Hammer Brewing Company in Long Island City. Cuzme is the former brewmaster of 508 Gastrobrewery in Manhattan, and has served as Vice President of the NYC Brewers Guild. He helped organize NY Craft Beer Week and is President Emeritus of both the New York City Homebrewers Guild and the Malted Barley Appreciation Society. He is a co-founder of the beer event crew Get Real Presents, and partnered with Chris Post and Alex Hall, he helped build Wandering Star Craft Brewery. Cuzme is currently brewing beer and managing barrels at NYC’s second largest brewing company, Greenpoint Beer Works/KelSo of Brooklyn, and opened his brewery, Fifth Hammer, in the spring of 2016.