As we wrap us 2015, the Heritage Radio Network interns reflected on our favorite food pieces from the year and why we love HRN. Check out our picks! 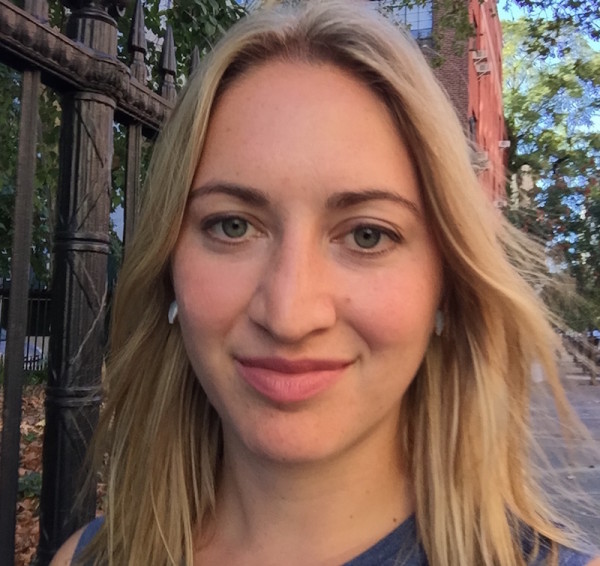 My picks for top food stories of 2015 all relate to food system innovations. From recognizing the critical role of microbial life in soil productivity to developing entirely new aquaculture industries, farmers and scientists found creative ways to address food security and responsible stewardship this year. This is also the year that President Obama recognized Alice Waters with a National Humanities Medal for her pioneering work in school gardens and her “holistic approach to eating and health.” This was a milestone in the national conversation about food.
Heritage Radio Network is a key driver of this conversation, bringing together voices from agriculture, gastronomy and cuisine, and the arts. The best thing about working here is that I get to learn about all kinds of developments in the food world, and the creative, brilliant people behind them. I couldn’t ask for a more inspiring work environment. 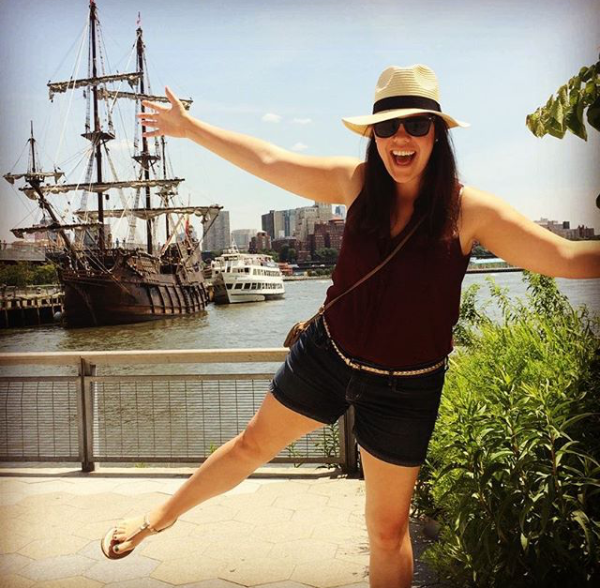 Food was always central in my family’s life and celebrations, but I never considered it as a career path until spiraling around it in college. I studied biology, became an EMT, and ultimately earned my BS in nutrition. While working in a hospital dietetics department, I realized the dietetic path was only one thread in a much larger tapestry I wanted to explore. After working for two years with a startup mobile farmers market, I moved to New York and began the food studies graduate program at New York University.

Interning with Heritage Radio Network has provided a platform where every angle of my interests, knowledge, and personal background melt together. I have always had an interest in writing, but HRN has been my first opportunity to produce copy outside of the academic world. The environment is supportive and fun but also inspiring and educational. The best thing about HRN is the people involved- producers, directors, engineers, hosts, interns- this network is a dream team for food media. 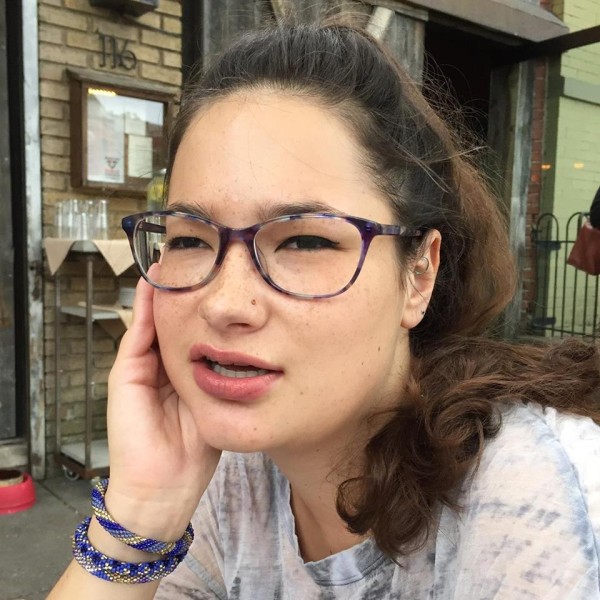 I graduated from college this past May and was interested in exploring a career in radio. Unfortunately, I didn’t really figure this out until about halfway through my senior year and my university didn’t have a radio station or a radio journalism program, so I knew an internship in radio was exactly what I needed to get hands-on learning experience. While in school, I majored in American Studies, a program that encouraged me to look at all aspects of American culture to gain a more rounded understanding of our society. I learned a lot of the same tools that many of the hosts on Heritage Radio Network use in their shows every week to explore American culture through food, beverages, agriculture, and cooking. I think HRN is important because every show exposes a different aspect of food culture. They show people that food is much much more than just what’s on your plate. 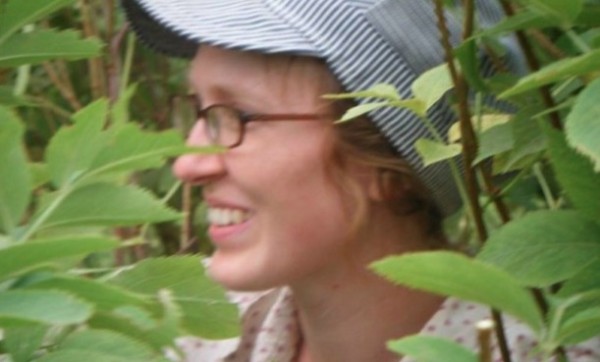 My commitment to agriculture spans over a decade and has manifested in different applications, from freelance writing and community organizing work to owning and operating my own farm business. I’m a longtime listener of Heritage Radio Network and believe that their diverse and detailed programming is helping to transform our food system. I was compelled to work with HRN in order to grow as a narrator. Distilled: This internship is a dedicated space to dig deep into the world of food radio and analyze what makes it great, and to contribute to the process along the way. Reporting and recording on-the-ground at conferences has challenged me to refine my interviewing techniques for audio—scripting questions to both catalyze conversation and set the scene for sound. I’m excited (and honored) to continue honing my storytelling skills while delving deeper into the infrastructure of sustainable farming as host of HRN’s The Farm Report for the Winter 2016 season. 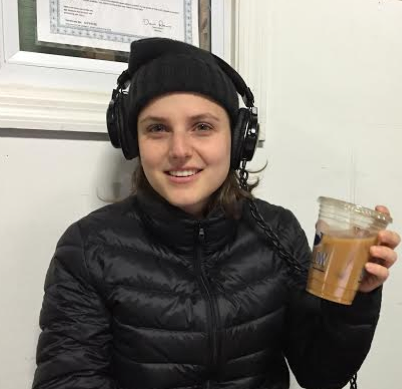 I heard about Heritage Radio Network a few years ago and immediately knew it was a place I wanted to be. I was amazed to find a place that perfectly blended my passions in food and radio. The way I ended up here was extremely serendipitous, as I randomly mentioned it to my friend one day, and she recalled having a friend who had interned here once and who then forwarded me the application page. The rest was history.

When you are an intern somewhere (and I know all this all too well) it’s easy to feel underappreciated. However, my experience at HRN has been the opposite. I’ve gotten such a wide range of experiences– from on-site interviews to editing scripts– and really feel that I’ve grown as a radio personality. Being at HRN means being apart of an organization I truly believe is revamping the way people eat and relate to food, and it also means being a part of an amazing family and team. 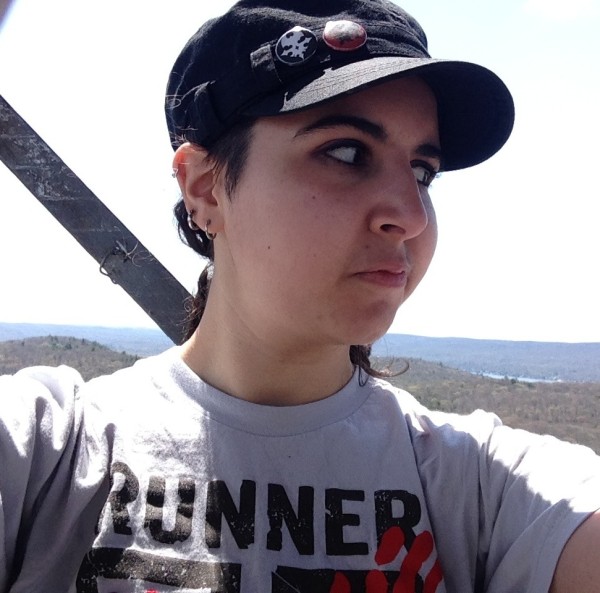 I quit my office job in September with no real plan except to somehow get into radio and podcasting. When I saw the opportunity to join Heritage Radio Network, there didn’t seem to be a downside: radio and food. I’m a cook and have been working with food pantries and local poverty groups since middle school, so this was right up my alley. Thus far, this is the only internship I’ve ever had where I’m actually learning something every day – whether it’s on the technical radio-production side, about communication and teamwork, or just about food or agriculture from the articles and stories we tell, there’s always something new. HRN is integral in food media, and is all about the idea of conscious food consumption, my personal philosophy in food. There’s so much variety in the content, and it’s such an open community that plays to everyone’s strengths and takes new ideas from everyone. It’s been greater than great.