Alan Delgado first hit the stoves as a kid in El Paso, TX, by teaching himself how to cook vegetable-centric dishes when his mother fell ill. He would eventually work in some of the best kitchens in Austin, including being Sous Chef at the critically acclaimed Mexican restaurant, Comedor. In 2020, during the pandemic no less, Alan moved to New York to become Director of Recipe and Development with Via Halcon Hospitality, the group behind Greenpoint’s Michelin-starred Mexican hotspot, Oxomoco. He now helms the kitchen at Oxomoco’s sister restaurant, Xilonen, where he’s wowing diners with his plant-based, sustainable fare.

We drop into our archives to revisit a 2019 L.A. hang and live performance from post-punk quartet the Pantheons. Hailing from Compton, the group was one of a slew of young bands lighting up the local music scene. They gave us a spirited set at Dangerbird Records’ studio in Silver Lake. 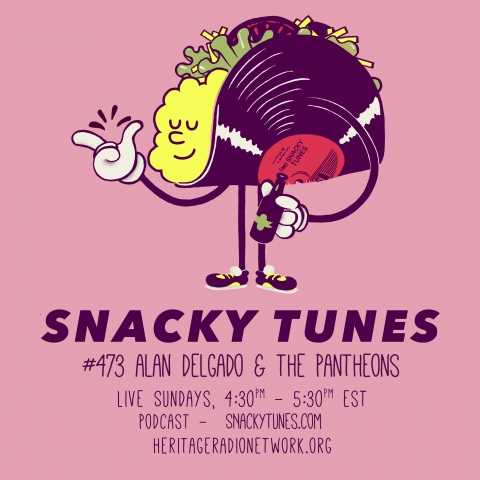 This special episode is a live recording of the World's Biggest Family Meal, a global hospitality gathering supporting the food industry.

Our hearts are heavy with the loss of our friend Jason Disu. We met Jason through Midnight Magic.

William Bradley is an icon of Southern California dining.

Noble Rot magazine hit shelves in 2013, and nothing has been the same in the world of wine writing ever since.