Lawrence Weeks dedicated his heart to cooking as a child growing up in a Southern Creole/Cajun household in Louisville, KY. His professional career has spanned 10 years. After culinary school, Weeks seized the opportunity to work with award-winning chef Todd Richards at The Pig and The Pearl in Atlanta, where Richards encouraged Weeks to “find his roots in food.”

After returning to Louisville, Weeks started LocalsOnly, a Louisville pop-up restaurant that focuses on local people, product, and food. The business quickly gained regional traction in the Louisville/Lexington area. Restaurateur Ouita Michel hired Weeks as a chef at Honeywood in 2019 and named him executive chef in October 2019. His recent work focuses on how using sustainably sourced seafood contributes to a healthier environment. 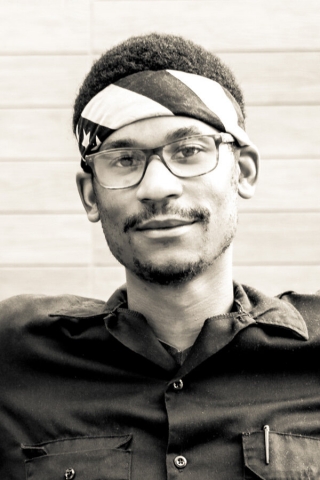 I am thrilled to have Adrian Miller on this week's show. Adrian is a scholar of African-American food ways.

Lawrence Weeks dedicated his heart to cooking as a child growing up in a Southern Creole/Cajun household in Louisville, KY.

On this episode, I am so happy to have another dear friend and culinary brother on the line.