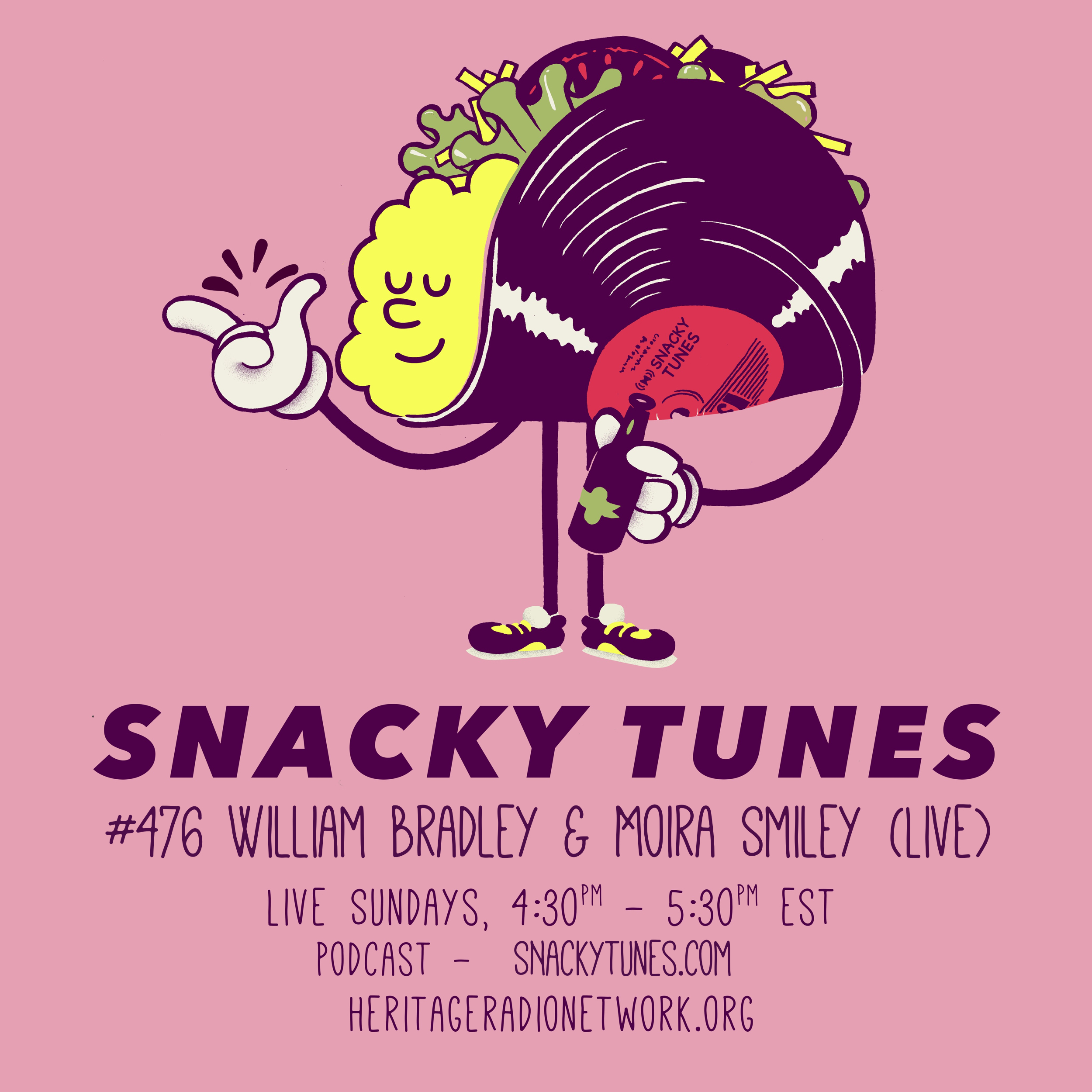 William Bradley is an icon of Southern California dining. His restaurant Addison is San Diego’s only Michelin-starred restaurant, and since 2006 it’s been wowing guests with its elegant degustation menus, high touch service and epic end-of-meal cheese cart. Like many chefs enduring the pandemic, William’s had to repeatedly close and reopen, pivot to takeout and devise a whole new plan for outdoor dining, but fortunately, he and Addison are still standing and still serving.  Our musical guest, singer and composer Moira Smiley, has performed all over the world alongside the likes of Tune-Yards and SOLAS. Moira’s also renowned for her choral arrangements and compositions with work that can be heard on feature film soundtracks, TV programs, radio and on more than 70 commercial albums. Her vocal group, moira smiley & VOCO just recently dropped the new album, In Our Voices, and she stops by to give us a live listen. Snacky Tunes: Music is the Main Ingredient, Chefs and Their Music (Phaidon), is now on shelves at bookstores around the world. It features 77 of the world’s top chefs who share personal stories of how music has been an important, integral force in their lives. The chefs also give personal recipes and curated playlists too. It’s an anthology of memories, meals and mixtapes. Pick up your copy by ordering directly from Phaidon, or by visiting your local independent bookstore. Visit our site, www.snackytunes.com for more info. Snacky Tunes is powered by Simplecast.