So You Think You Know Mezcal: An Educational Tasting of Mexico’s Uncertified Agave Spirits

So You Think You Know Mezcal: An Educational Tasting of Mexico’s Uncertified Agave Spirits
Presented by Lou Bank, Executive Director of S.A.C.R.E.D. 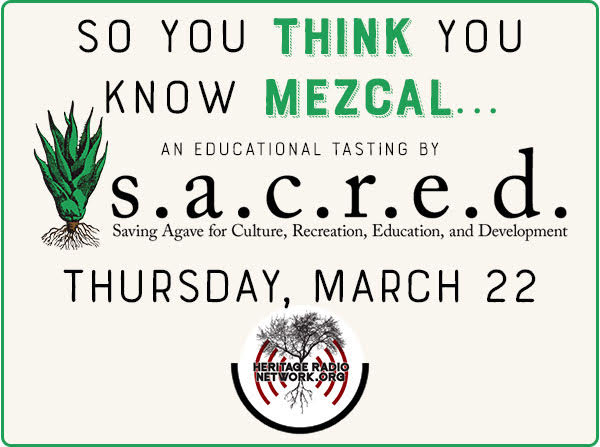 Mezcal and other artisanal and traditional agave spirits have been earning a reputation that is quickly eclipsing Tequila — in fact, they’re more aligned with Scotch than their modern Mexican descendant. The New Yorker describes mezcal as “a liquor for the farm-to-table movement” because of the intense hands-on nature of the fermentation and distillation process. But … is it really all made with that care and attention to detail?

Join us Thursday, March 22, for a special tasting of five rare agave expressions that are otherwise unavailabke in the USA. The session will be led by Lou Bank of SACRED: Saving Agave for Culture, Recreation, Education, and Development. Lou will share stories about the people who make the spirits and how those spirits are improving the quality of life in the communities where it is made. A portion of your ticket price will be donated to projects in those communities, including the development and maintenance of libraries and greenhouses.

More information about SACRED is available at sacredagave.org, and you can hear Lou speak about SACRED in these interviews: HRN On Tour and NPR’s WorldView.