We asked prominent chefs working today to tell us what they would share with this unborn chef. This is Frank Lee’s “Letter to an Unborn Chef”. 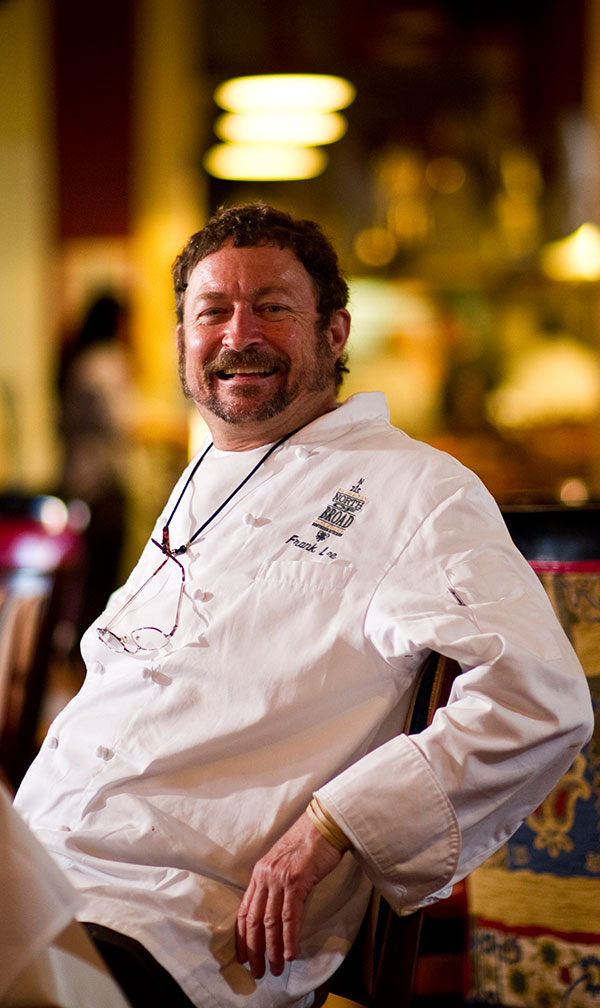 He’s been standing at a stove for nearly 40 years, but Frank Lee has never lost the fire in his belly – and a passion for combining French technique with his beloved Southern ingredients. Known as a guiding force in the Lowcountry’s culinary renaissance, Lee has mentored dozens of young chefs. He’s also helped grow the businesses of local farmers and crafts people. Local before it was cool, and sustainable before it was sexy, Chef Lee believes in trying the untried and doing the undone.

In 1992, restaurateur Richard Elliott recruited Lee to The Colony House, Charleston’s oldest restaurant. In time, Lee became a partner with Elliott and David Marconi in Maverick Southern Kitchens, Inc. Lee, who still spends at least three to four hours a day at the stove, spreads the gospel of sustainability.  On any given day, Lee oversees kitchen crews breaking down a whole hog, braising game livers for pate, turning a whole tile fish into a heady combination of dishes, and experimenting with the flavor profiles of in-season vegetables. He also tends a diverse herb garden behind Slightly North of Broad.

Lee has been lauded in Food Arts, Food & Wine, The New York Times, Southern Living and The Washington Post, among scores of others. He has appeared on ABC’s Good Morning America, and has thrice served as guest chef at the James Beard House. His Maverick Grits earned a Golden Dish award from GQ Magazine, and he is featured on the Great Chefs of the South television series and its corresponding cookbook.