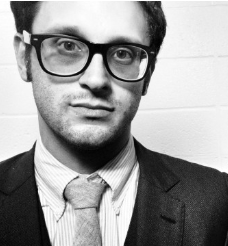 Greg Bresnitz has been working with his identical twin brother Darin ever since they first met. Together, they have created critically acclaimed projects including Dinner with the Band, over 400 episodes of HRN’s Snacky Tunes, and the Summer BBQ Blowout Food Series. They have also consulted on a wide range of projects with notable clients, including Absolute, Bushmills, New Your Magazine, The Cooking Channel and ACE Hotel.