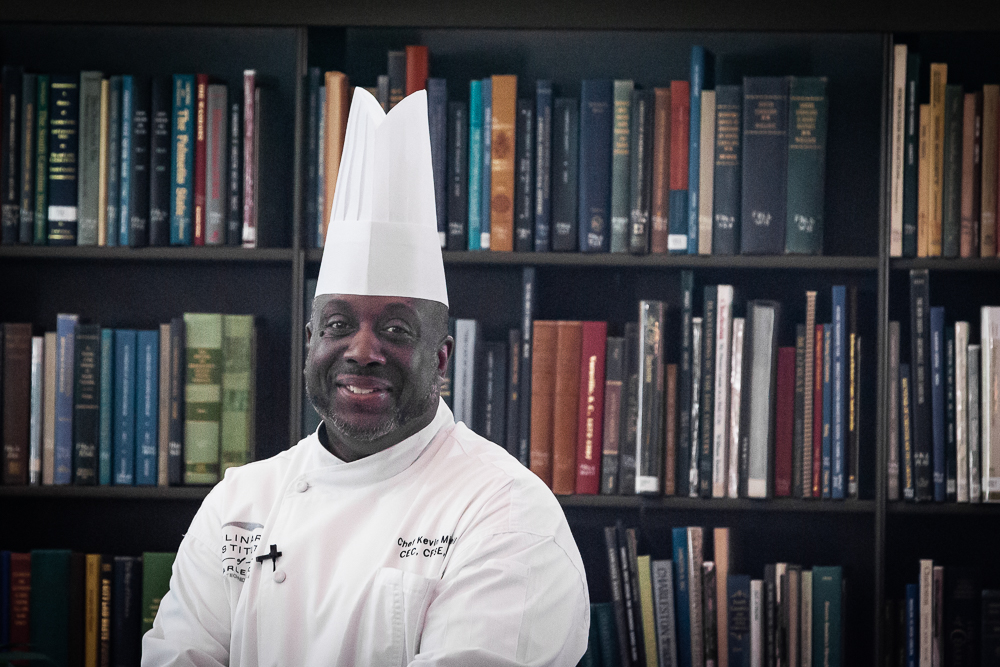 Kevin Mitchell has worked in the Kitchen since learning to cook alongside his Grandmother as a young boy. Today he is an accomplished chef, teacher and food historian. Chef Kevin Mitchell’s culinary work embraces traditional American flavors, sumptuous soul food flair and delicate French cuisine. This broad mastery of global and regional techniques earned him the Grumpy Gourmet’s title of “Super Chef.” Chef Mitchell is an active member of the American Culinary Federation, as well as a founding father of the BCA, Bridging Culinary Awareness, formally the Black Culinarian Alliance. Throughout his professional career, Chef Mitchell has maintained a commitment to promoting the value of professionally trained chefs, and he has volunteered his time and talents to various non-profit organizations where he has showcased his culinary skills. He is a Chef instructor at the Culinary Institute of Charleston, a National Board Member of Slow Food, a member of the American Culinary Federation, a member of the Southern Foodways Alliance and Board member of Bread and Butter Charleston, a burgeoning nonprofit organization aimed at connecting Charleston’s hospitality industry with the community at large through staffing and service initiatives.