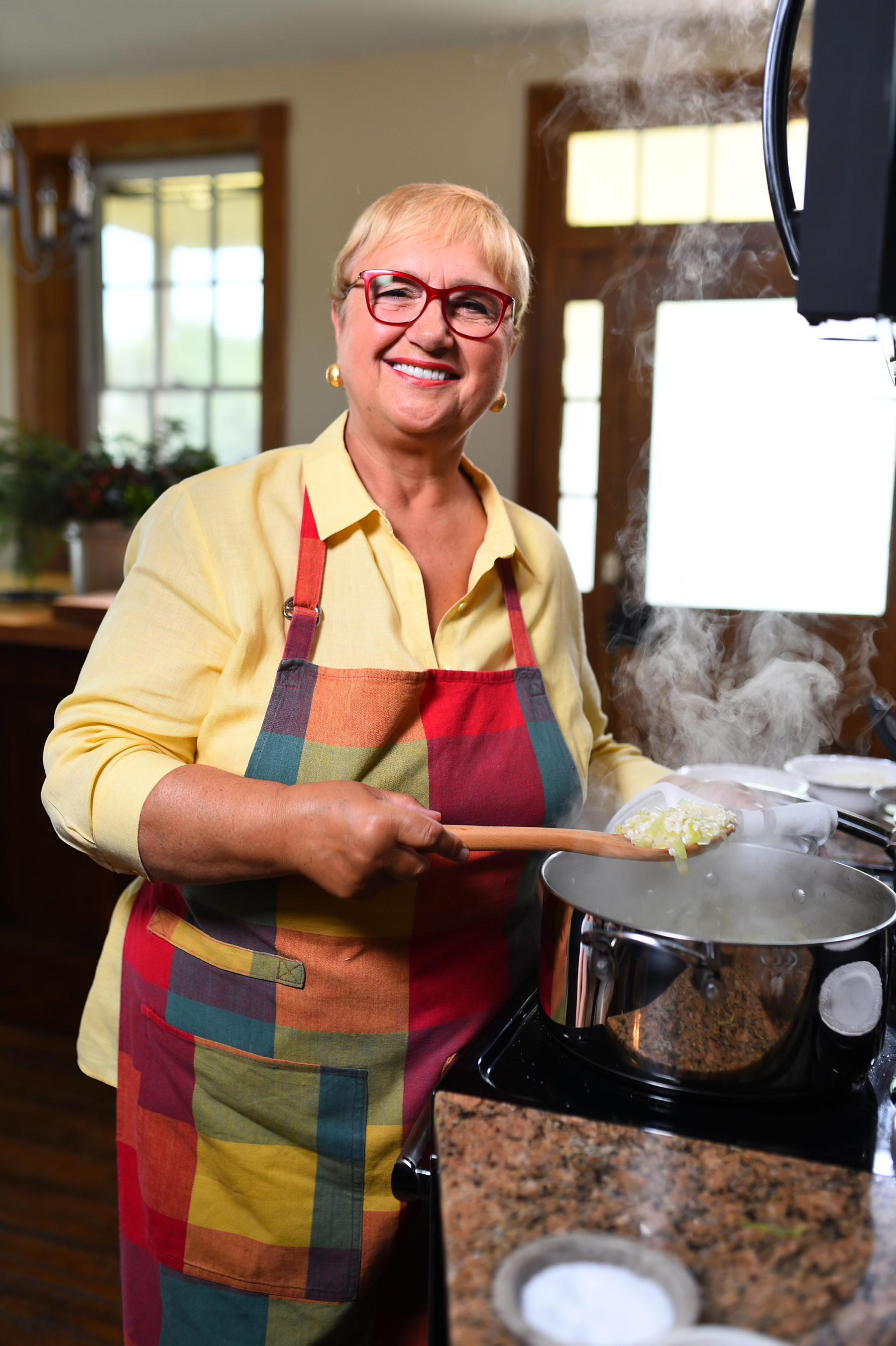 Lidia Bastianich is an Emmy award-winning public television host, a best‐selling cookbook author, restaurateur, and a beloved international culinary icon of Italian cuisine. Lidia has frequented Heritage Radio Network on many occasions since 2010–appearing on The Main Course, Chef’s Story, Cutting the Curd, A Taste of the Past, and Evolutionaries. From the beginning, Lidia has married her passions, family and food, to launch multiple culinary endeavors alongside her two children, Joe and Tanya. Their partnerships together have created numerous best-selling cookbooks, and acclaimed restaurants, including Felidia, Becco, and Del Posto in New York City.
Lidia is always ready to teach and perhaps no one has taught Americans more about Italian culture than she has. HRN has been fortunate to have her as a guest and we hope to have her many more times!