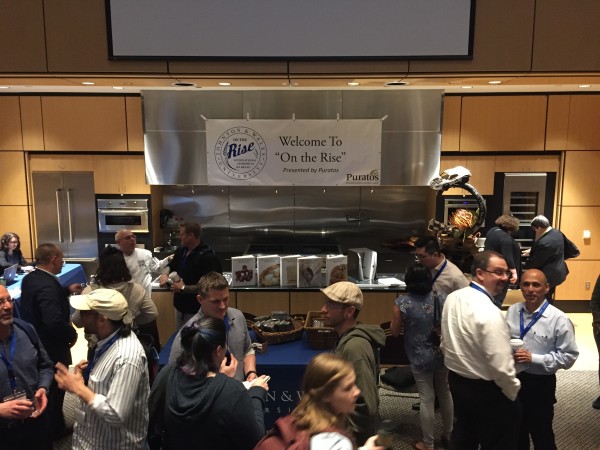 HRN on Tour returned to Charlotte, North Carolina for the second annual International Symposium on Bread. Held at Johnson & Wales University, the two-day event was hosted and curated by award-winning author and baker, Peter Reinhart. Listen here for symposium talks presented by some of the most innovative leaders in the bread industry.

First up is Nathan Myhrvold presenting some of his findings in producing the five volume Modernist Bread, including misconceptions on the role of steam and some unexpected ingredients for easier dough handling. Next, Professor of Environment Science Eric Pallant discusses the history of sourdough from six millennia ago when bread was invented to the mid-19th century when commercial yeast overwhelmed the baking industry. Then baker and miller Jennifer Lapidus recounts her journey in founding Carolina Ground, a cold-stone milling facility producing regional grains from the South, and her vision for the future impact of regional flours. Peggy Sutton, Joe Lindley and Caroline Lindley, three leaders and pioneers in the field of sprouted grains, engage in a panel discussion on the challenges in producing products made with sprouted grains. In the final session of the day, Professor of Film History and documentary filmmaker Darrell Varga presents an overview of bread in art history as well as a preview of his upcoming documentary film Bread in the Bones.