On this week’s episode of A Taste of the Past, host Linda Pelaccio takes listeners on a vivid and far-ranging journey across time and space on the ancient spice trades with Dr. Gary Nabhan. Talking about his new book, “Cumin, Camels, and Caravans, A Spice Odyssey,” Gary draws on his own family’s history as spice traders, as well as travel narratives, historical accounts, and his expertise as an ethnobotanist, he describes the critical roles that Semitic peoples and desert floras had in setting the stage for globalized spice trade. Gary relays to Linda his travels along four prominent trade routesâ€”the Silk Road, the Frankincense Trail, the Spice Route, and the Camino Real (for chiles and chocolate)â€”and follows the caravans of itinerant spice merchants from the frankincense-gathering grounds and ancient harbors of the Arabian Peninsula to the port of Zayton on the China Sea to Santa Fe in the southwest United States. His stories, recipes, and linguistic analyses of cultural diffusion routes reveal the extent to which aromatics such as cumin, cinnamon, saffron, and peppers became adopted worldwide as signature ingredients of diverse cuisines. With the idea that spices are viewed as political, religious, and cultural tools, Gary and Linda also touch upon how a more virtuous multicultural globalized society may be achieved in the future. Tune in to this fascinating episode! This program was brought to you by Whole Foods Market. 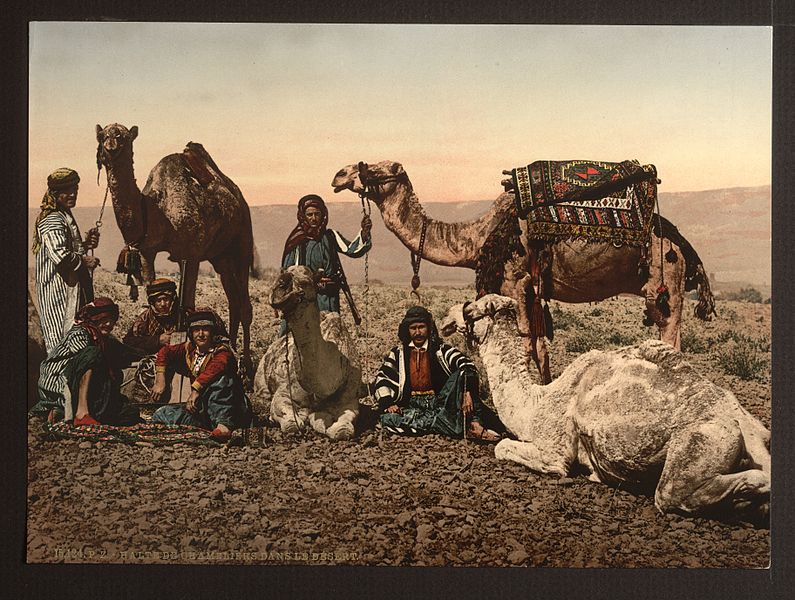 Photo via US Library of Congress

“I think we have to learn of the costs embedded in our own history to get right the balance between local and global.”

—Dr. Gary Nabhan on A Taste of the Past