Brian Loiacono grew up in Long Island in a large Italian family where boisterous cooking and eating together were integral practices. Work in local Long Island kitchens during high school spurred him to push his limits, and at age 19, Loiacono began a stage at Le Manoir aux Quat’Saisons, chef Raymond Blanc’s two Michelin-starred restaurant in Oxfordshire, England. Loiacono credits this experience with “the ass kicking he needed” as a base for his career, one that spurred him to pursue his craft.

Back in New York City, an evening assisting chef Kirk Avondoglio at a City Harvest event led to a career-shifting encounter. Post event Avondoglio and Loiacono went to Daniel Boulud’s three Michelin-starred flagship, DANIEL, where Loiacono was introduced to chef Boulud himself, who would soon be his employer. In 2007, at age 19, Loiacono began working as a cook at DANIEL. In 2008, when Boulud opened Bar Boulud, Loiacono joined the opening team under executive chef Damian Sansonetti, and remained there for the restaurant’s first two and a half years. In 2011, at age 23, Loiacono returned to DANIEL and soon became sous chef.

In 2013, Loiacono once again wanted a change and landed in Verona, Italy at Ristorante Perbellini, the new restaurant by two-Michelin star recipient Giancarlo Perbellini, for a short stage. Within a week of his return to the US, Brian joined The Smile team as executive chef at Ruschmeyer’s for its first summer. Word of Loiacono’s return stateside got back to his former boss and mentor, chef Boulud, who asked him to come back to the DB family. At age 25, Loiacono became db Bistro Moderne’s executive chef and remained there until July 2015, a time during which Brian was recognized a New York City culinary leader in Zagat’s “30 Under 30” ranking.

In late 2015, Loiacono teamed up with ACME’s owners Jean-Marc Houmard, Jon Neidich and Huy Chi Le to re-introducing ACME as a contemporary bistro, Loiacono combines his Italian-American upbringing with his classic French training to create a seasonal restaurant that showcases a variety of flavors and techniques, yet is quintessentially New York. 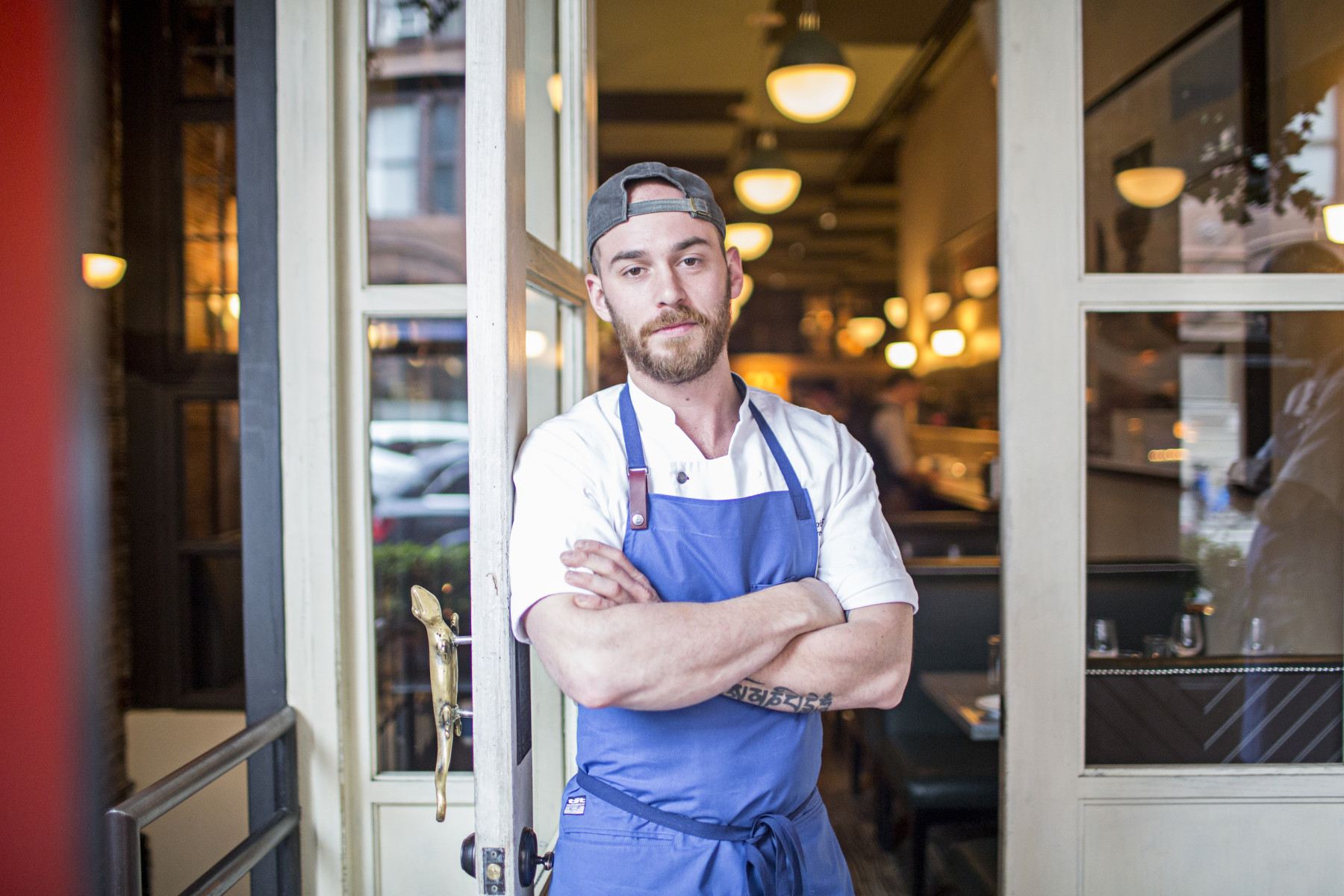