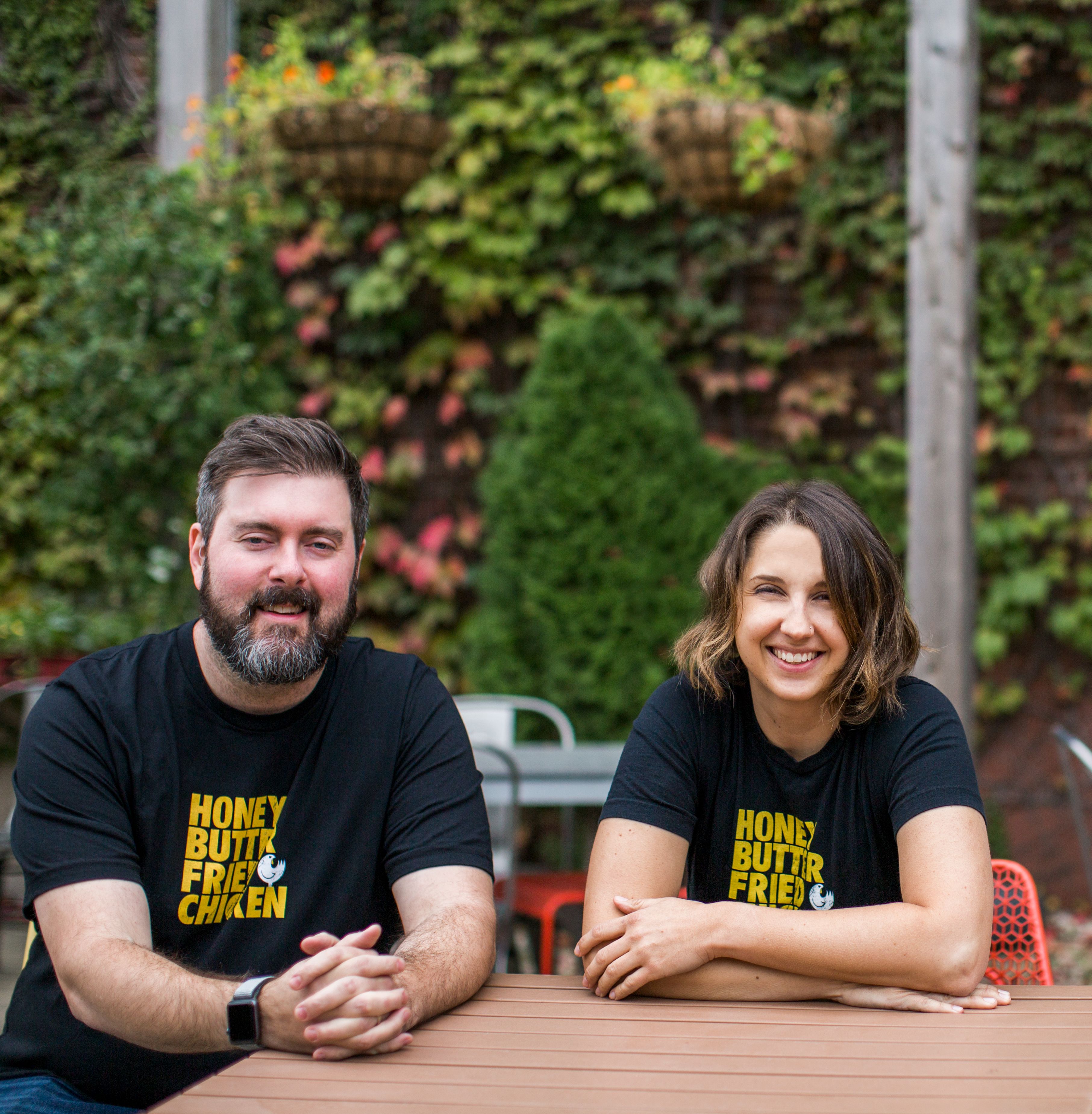 In 2005, just months after they graduated from Kendall College of Culinary Arts in Chicago, Christine Cikowski and Josh Kulp founded Sunday Dinner Club a sort of dinner party-ish experience that has grown into a community dining space holding multiple dinners per month. In 2013, after eight successful years of running their sort of underground concept,  they decided to open their first true brick and mortar restaurant launching Honeybutter Fried Chicken in Avondale Chicago. The restaurant opened with goals beyond profitability: living wages, paid parental leave, and health insurance for staff.  Josh and Christine have always been strong advocates and community leaders. Josh was selected to participate in a James Beard Foundation Chef’s Policy Boot Camp and has spoken in congressional briefings regarding issues relating to restaurant wages and paid sick time. Christine is the chef chair of the Step Up Women’s Network and they both were part of the Mayor’s Task Force for Working Families, which successfully spurred earned sick time legislation within the City of Chicago. They both joined me from their respective homes in Chicago. A quick note that at times the audio quality isn’t the greatest so you’ll hear a bit of static and distortion during a few points in the interview. The Line is powered by Simplecast.