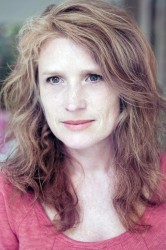 This week on Radio Cherry Bombe, Julia Turshen sits down with director Cynthia Hill for an intimate and insightful conversation. She's the director of PBS's Peabody Award winning series, A Chef's Life. A Chef's Life plunges audiences into the kitchen of a high-end restaurant located in the low country of eastern North Carolina. It follows the trials and travails of Chef Vivian Howard and her husband, Ben Knight, and their farm-to-table restaurant, Chef & the Farmer, exploring both traditional and modern applications of quintessential Southern ingredients. She's also the director of Private Violence, a feature-length documentary film and audience engagement campaign that explores a simple, but deeply disturbing fact of American life: the most dangerous place for a woman in America is her own home. This program was brought to you by Bird.

"I love being able to highlight our culture in the Eastern part of North Carolina." [11:00]

"Now in the media we're finally starting to have a conversation about domestic violence." [25:00]