Emma Bengtsson and Kristen Murray may have worked at NYC’s Aquavit a decade apart and currently live on separate coasts, but HRN host Dana Cowin finds the common threads in their extraordinary careers. Tune in to hear about their influential grandmothers and pastry chef beginnings. You’ll come away with a sense of what it takes to make dreams come true in the culinary world. 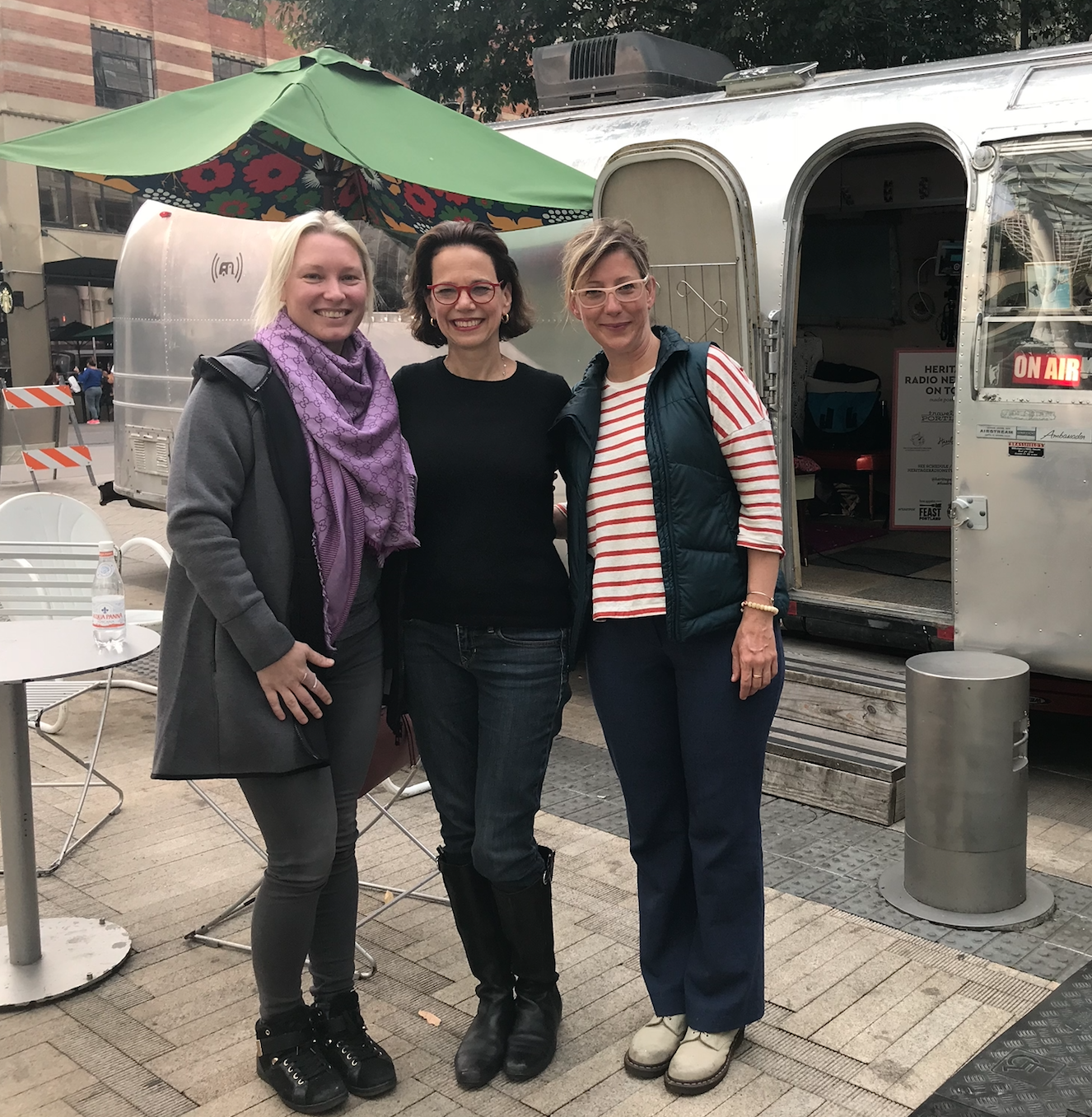 Chef Emma Bengtsson was named Executive Chef of Aquavit in 2014, after four years as Executive Pastry Chef at the restaurant. As Aquavit’s Executive Chef she has garnered (and retained) three stars from The New York Times and two stars from Michelin, the second female chef in the U.S. accorded that honor. Prior to moving to New York, Emma worked at some of Sweden’s most renowned restaurants, including the two-Michelin starred Edsbacka Krog, Restaurant Prinsen, and Operakällaren. Emma attended Stockholm’s Hotel and Restaurant School after years of cooking at home with her mother and grandmother in Falkenberg, on the west coast of Sweden.

As a little girl, Kristen Murray grew up surrounded by her great aunt’s vegetable garden: sweet peas, peppers, lettuces, herbs, raspberry bushes, and persimmon, fig and kumquat trees. Kristen’s professional pastry and culinary career has been shaped by adventures in San Francisco, New York City, Boston and France. Prior to moving to Portland, Kristen assisted Les Nouvelles Mères Cuisinières at Le Picnic in Courchevel, France, where she had the opportunity to work with pastry goddess Christine Ferber, who left an impressionable mark to say the least, and Kristin fell in love with the culture and people. Portland has become Kristen’s second home to New England and her travels in France. Her dream restaurant and pastry shop is a deeply personal project for Murray from design, detail, to food. It is to encompass her Norwegian heritage with her love of French culture and cuisine and of course, all things pastry, thus, MÅURICE: A Pastry Luncheonette is born.

The intersecting ideas in feminism, food and fashion are underscored in this fascinating conversation between Dean of The School of…

How safe is our food? On this episode of Speaking Broadly, host Dana Cowin talks to one of the foremost…

She launched H.A.P.P.Y., a non-profit teaching kids about food and nutrition when she was just 12 years old, and now,…