For this “snack-sized” episode, we’re joining the Farmers Market Coalition to recognize National Farmers Market Week! This is a great time to talk speak with Ben Feldman, the Policy Director at FMC about farmers, because there is a ton of news about agricultural economics right now. But before we talk about local markets, we step back and take in the bigger picture. 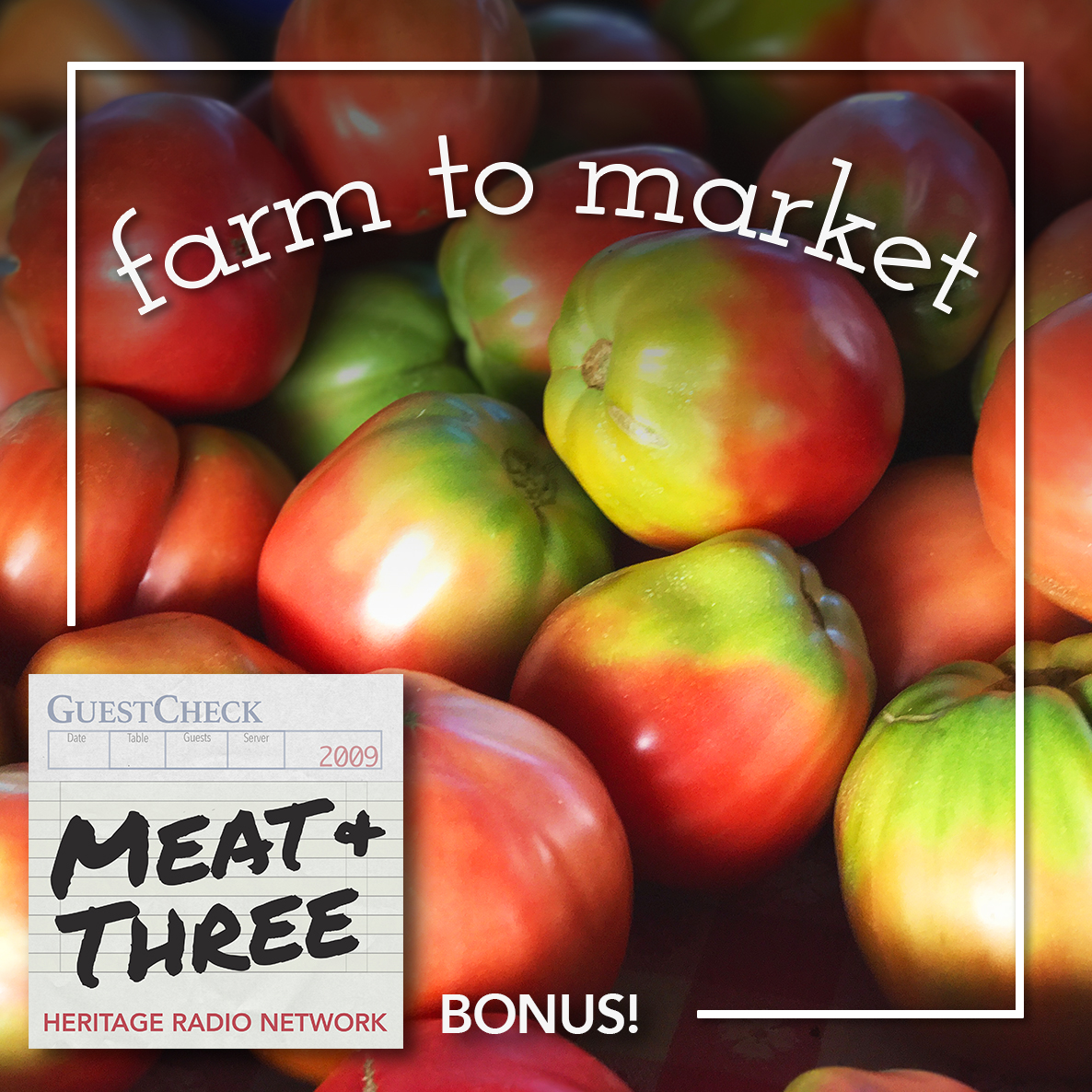 On episode two of Meat + Three, we reported a story on tariffs and the escalating trade tensions between China and the U.S. – and how farmers were already feeling their effects. We spoke to Loren Puette of ChinaAg, a market intelligence company that focuses on the ag markets of China. At the time, he said we were far from being a full-fledged trade war, but this week we asked Loren “What about now? Has a trade war begun?”

His response was yes. “The trade dispute escalated into a full blown trade war on July 6th after both sides imposed 25% tariffs on a variety of imported goods. Chief among them were U.S. soybeans,” wrote Puette.

We bring you a story about one of the biggest casualties of the trade war – a stranded cargo ship off the coast of China carrying soybeans worth $20 million.

Then, we explain how the “farmer bailout” that President Trump has proposed is set to provide temporary relief to commodity farmers, but will have little effect on specialty farmers that sell direct-to-consumer. On the other hand, Feldman explains that specialty farmers are able to weather economic fluctuations, because they get better prices on crops through direct sales.