Cheers! This week on Fuhmentaboudit!, hosts Mary Izett and Chris Cuzme open up the show with a great recap of fermentastic events before introducing Louise Leonard to the program. Louise is a chef, food personality, stylist, and booze lover who was recently crowned the winner of Season 2 of ABC's primetime hit, The Taste, where she was chosen from a nation-wide search to compete with professional chefs and home cooks. She shares how she fell in love with not only cooking but cooking with beer, wine, and other spirits. After the break, Louise shares some of her favorite dishes that she's become known for as well as why she's such a fan working with the boozy beverages. Tune in for a great show! This program was brought to you by Union Beer Distributors. 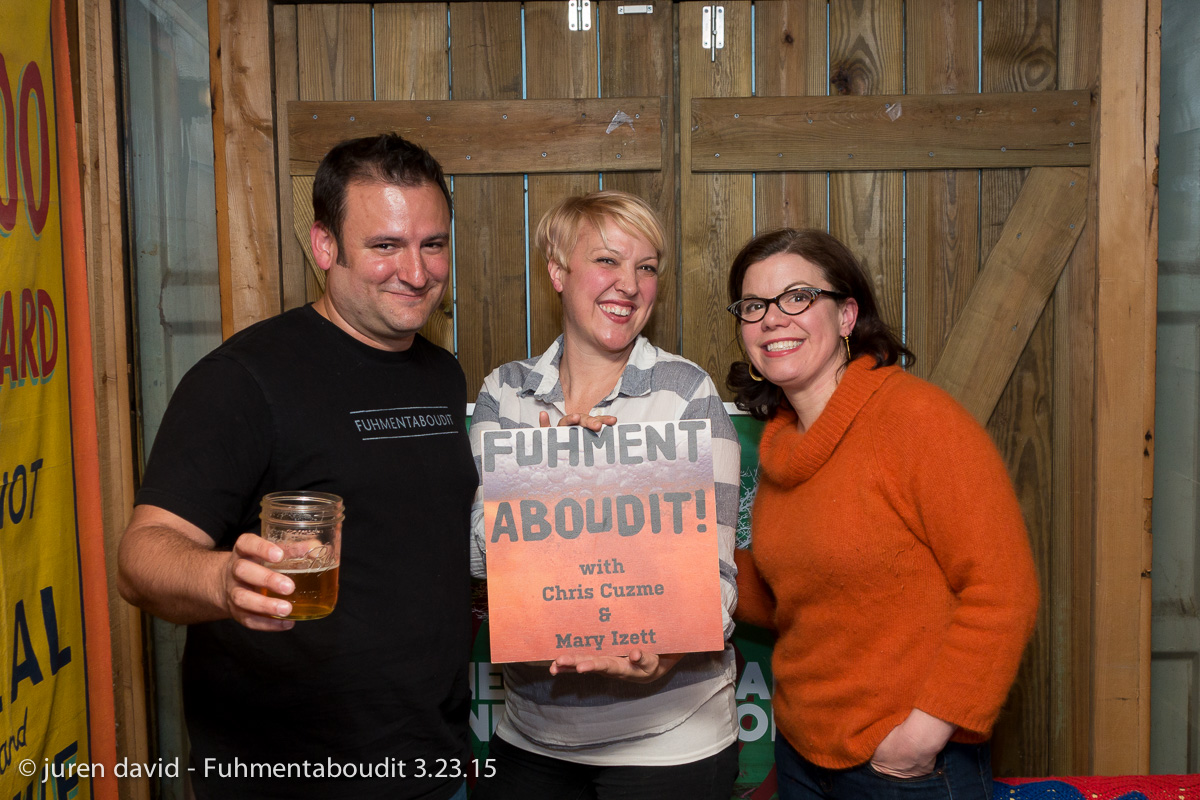 "I started cooking a lot more with beer, wine, hard liquor and married the two passions together so to speak and here i am call these years later still cooking this way." [12:00]


"We spend our day making food look beautiful for either TV, film, cookbooks, or magazines - we're the makeup artists for the food!" [13:00]

Chris and Mary are joined remotely by the inimitable Christopher Gandsy of DaleView Biscuits and Beer.

This week in Episode "Halfway to 500", Mary and Chris bring on long time friend and fellow fermenter/Brooklynite Joe Kirchhoff to talk all things bread and home baking.

Oh how we’ve missed you! …but boy have we been busy.” Chris & Mary catch us up while warming up for a new season of fermentation fun and inspiration in 2020.