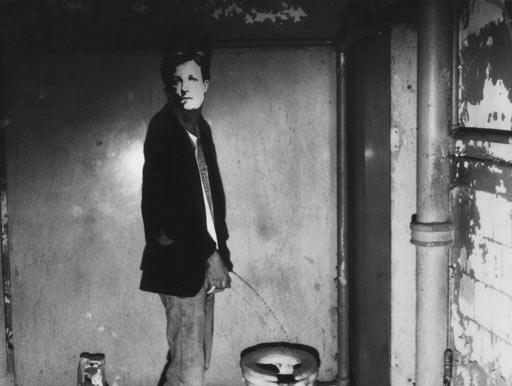 A campesino is in from the country, waiting for a bus: linen pants, sandals made from a tire, a wide sombrero, a machete at his belt. Another man is also waiting, ...dressed in a suit, looking at his wrist watch, muttering angrily. The campesino whips out his machete and cuts the man’s head clean off. He later told police: “He was giving me looks muy feo and finally I could not contain myself.” when the campesino misinterpreted his action, and the next thing a head rolls in the gutter, grimacing horribly and showing gold teeth.