In the first half of this week’s Snacky Tunes, Greg and Darin catch up with Tracy Jane Young and Josh Grinker, the creative forces behind Kings County Imperial, a reinterpreted Central Chinese restaurant in Williamsburg, Brooklyn. Rather than striving strictly for “authenticity,” the menu is all about making an emotional connection between the food on the plate and the people who made it.

After the break, we have musical guest Michael Daves, whose two-album set Orchids and Violence is out now on Nonesuch Records. Both discs of Orchids and Violence are produced by Daves and have identical track listings of mostly traditional bluegrass songs. The first features straightforward interpretations of them and was recorded live to tape in a 19th-century church by Daves and a band of roots-music innovators: bassist Mike Bub, violinist Brittany Haas, mandolinist Sarah Jarosz, and Punch Brothers banjo player Noam Pikelny. The second disc was recorded in Daves’s home studio and includes bass, drums, and electric guitar, mostly played by Daves, and takes a raw, experimental rock approach to the same old-time material. Both discs were mixed by Vance Powell (Jack White, Kings of Leon, Danger Mouse) and have a special guest appearance from Tony Trischka on cello banjo, and Daves’s wife Jessi Carter played bass on the electric disc. 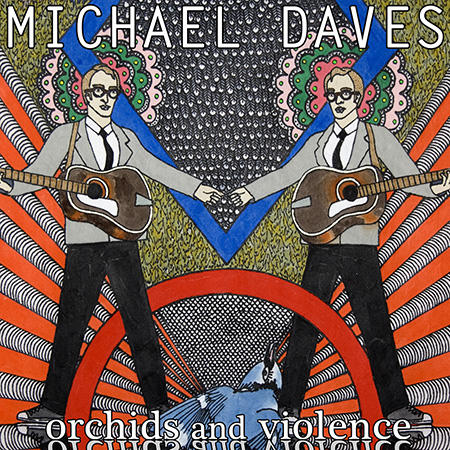 “These songs are very malleable. To me, it’s a way of honoring the songs, to show that they work in different ways. Some bluegrass purists might be offended…but I would argue that it’s actually out of deep respect for the songs and the tradition of these songs to do them two ways.” [59:25] – Michael Daves