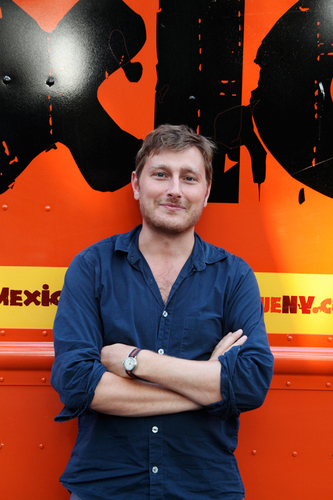 On today's episode of THE FOOD SEEN, Thomas Kelly was obsessed with cooking during his teenage days in Minneapolis, not a place known for either it's Mexican or barbecue, but you wouldn't know that by the deep and complex flavors found at Mexicue, his ode to the best of qualities of both cuisines. What started as a food truck now has two, soon to be three, brick & mortar "quick casual" locations as Kelly calls them, where ticket times are under 5 minutes, and entrees rarely fall outside the $10-$15 range. Aside from serving up brisket tacos and Jamburritos (a burrito stuffed with Mexican chorizo and, you guessed it, jambalaya), Kelly also runs The Chili Lab, a website that showcases the diverse flavors of chili peppers from around the world from deep and earthy dried guajillos from Mexico to herbal and citrusy piri piri from Africa, proving you don't have to fire up the grill just to heat things up!