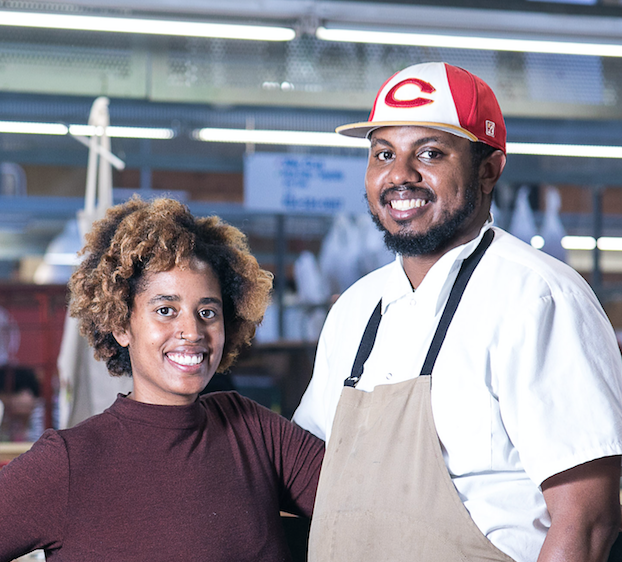 Mike and Shyretha Sheats are the husband and wife team who run an evolving dinner series called The Plate Sale in Atlanta and Athens Georgia. They previously spent time in Charleston – Mike at McCrady’s and Shyretha at The Gin Joint, and they were both part of the opening team at Staplehouse, the Atlanta gem that was named best new restaurant in 2016 by Bon Appétit. Mike and Shyretha are helping put together an event called The People’s Supper: a community dinner and conversation on violence, environmental racism and radical imagination being held on the fiftieth anniversary of Martin Luther King Jr.’s assassination (Wednesday, April 4th, 2018). Mike will be preparing the final meal that Dr. King never had the opportunity to eat. They spoke to HRN's Kat Johnson about the dinner and the organization that is hosting, Lead to Life. Lead to Life is transforming weapons into shovels for ceremonial-tree plantings at sites that have been impacted by violence or carry spiritual significance across Atlanta and Oakland. Photos by Shannon Sturgis. Music by Breakmaster Cylinder. Heritage Radio Network On Tour is powered by Simplecast.