EPISODE 255 On The Rise 3: Cornbread and Cast Iron History with Mark Kelly of Lodge

We take a break from sourdoughs and sprouted grains to talk about a very different category of bread: cornbread! Mark Kelly, PR and Advertising Manager of Lodge Cast Iron joins us to talk about the storied history of the family-owned company and the National Cornbread Festival they helped found in 1996. 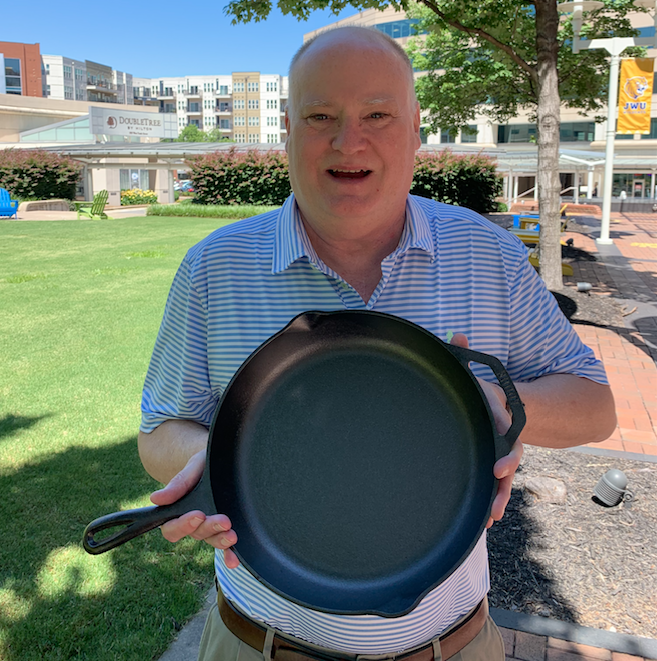 Lodge Cast Iron was founded in 1896 when Joseph Lodge and his wife settled in South Pittsburg, Tennessee and opened their first foundry. South Pittsburg is nestled alongside the Cumberland Plateau of the Appalachian Mountains, and today has a population of about 3,300 people. Mark talks about the tight-knit community that’s instrumental to the success of Lodge’s American-made cast iron.

Lodge has been on the cutting edge of technology for its entire history. In 1950, they converted the foundry from a hand-pour operation to an automated molding process (a rare upgrade for the time). This led to safer and more efficient manufacturing and helped keep up with increasing demand.

The replacement of coal-fired cupola furnaces with an electro-magnetic induction melting system in 1992 earned a Tennessee Governor’s Award for Excellence in Hazardous Waste Reduction.

They changed the game once again in 2002, with the introduction of pre-seasoned cookware, eliminating the hassle of its unseasoned counterparts. It was an industry first that has since become an industry standard.