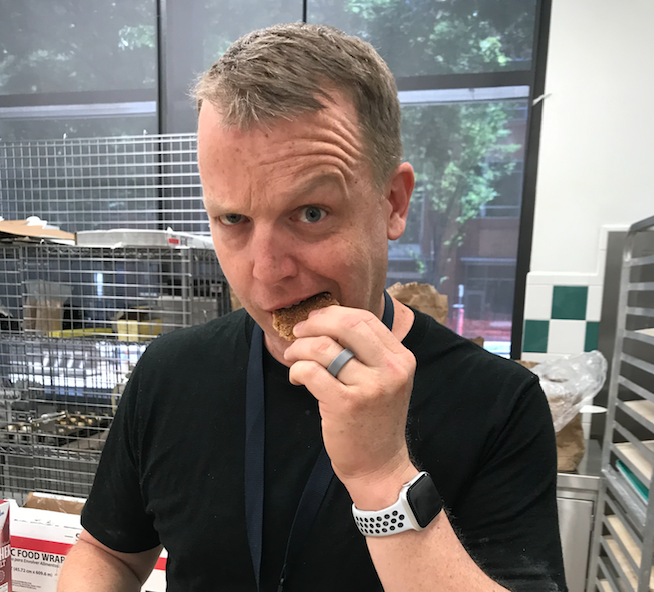 On The Rise 3: The Biscuit Whisperer Karl Worley

When we got word that a biscuit expert was in attendance at the International Symposium on Bread, we knew we needed to sit down for a conversation about flour, butter, and yeast! Karl Worley shares tips on making the perfect biscuit – one that can hold up when making the fried chicken sandwich that’s popular at his Nashville restaurant, Biscuit Love. He also shares some news about his forthcoming pizza restaurant and gives us a peek into the Local, Ancient, and Heirlooms Grains workshop at the On The Rise 3. Chef Karl Worley grew up in the Southern Appalachian Mountains, where he learned to cook from his grandfather in Bristol, Tennessee. He received his culinary degree from Johnson & Wales University in 2010. After spending time in the kitchens of Rioja in Denver, he further developed his passion for sustainable agriculture and farm-to-table restaurants while working for the Coon Rock Farm in Hillsborough, NC. Through sourcing top quality seasonal ingredients, he is known for creating delicious dishes that honor the deep-rooted traditions of the South. HRN On Tour is powered by Simplecast.