Meet Rick Bayless, an award winning American chef and restauranteur who specializes in traditional Mexican cuisine with modern interpretations. He is perhaps best known for his PBS series Mexico: One Plate at a Time. Bayless was born in Oklahoma City, Oklahoma, into a family of restaurateurs and grocers specializing in the local barbecue. Having begun his culinary training as a youth, he broadened his interests to include regional Mexican cooking as an undergraduate student of Spanish and Latin American culture. After finishing his undergraduate education at the University of Oklahoma, he did doctoral work in Anthropological Linguistics at the University of Michigan and, from 1980 to 1986, lived in Mexico with his wife, Deann, writing his first book Authentic Mexican: Regional Cooking From The Heart of Mexico. On his Evolutionaries profile, listeners come to know Rick for his passion surrounding Mexican culture - particularly the importance of celebration and partying through the context of cuisine. This program was sponsored by Bonnie Plants. 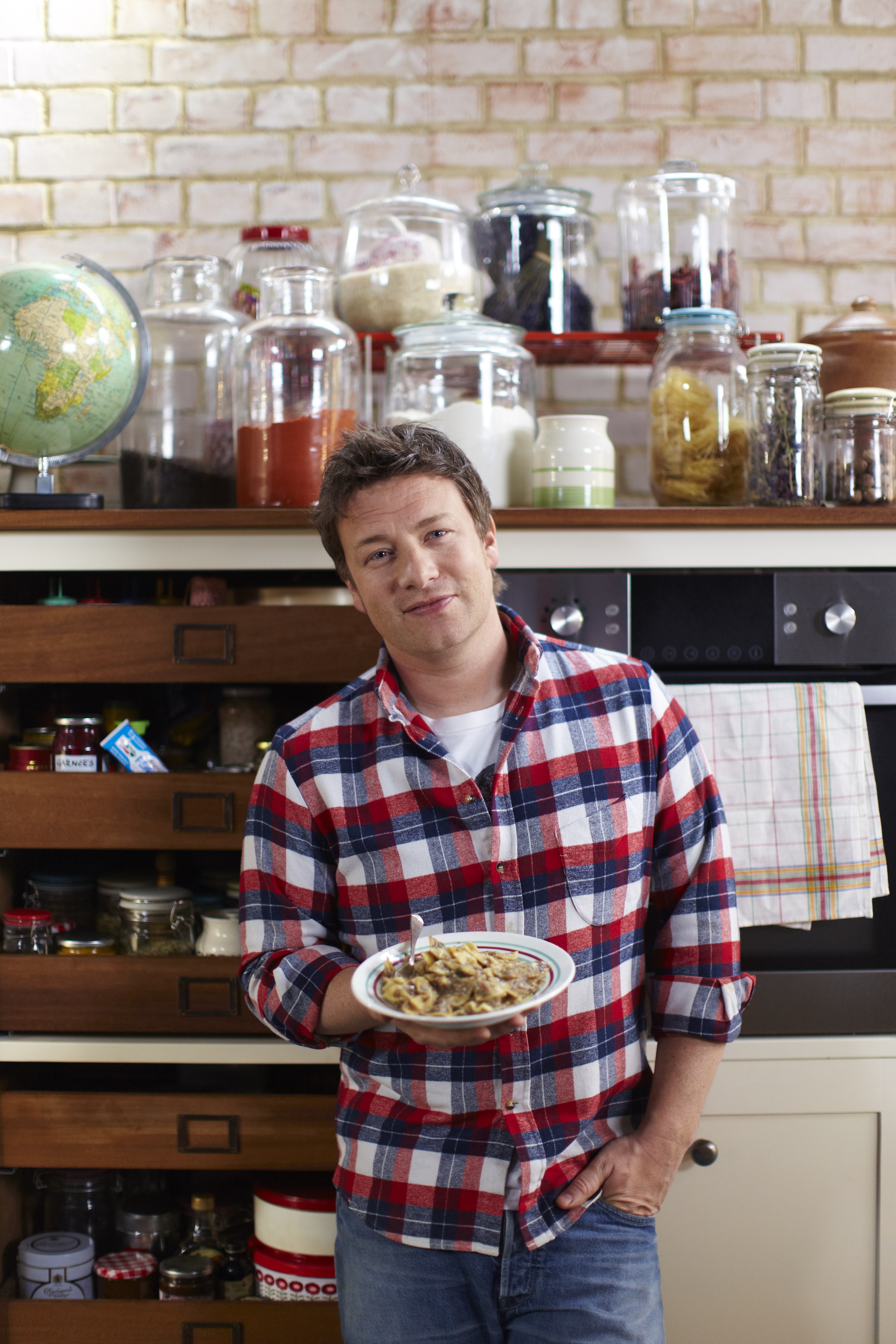 Episode 36, Aired: February 19, 2019
Jamie Oliver is a chef, restaurateur, cookbook author, and TV host. In the late 90s, he was a young restaurant cook who happened into his own show "The Naked Chef" where he cooked to his credo: "It's got to be simple. It's got to be tasty. It's got to be fun". As his career evolved, Jam...

Episode 35, Aired: April 7, 2016
Frances Moore Lappé is an iconic activist thinker on society and democracy: which she explores through the universal lens of food. Her first book Diet for a Small Planet, published in 1971, has since sold over 3 million copies and helped shift the narrative of hunger. In 2008, it was he...

Episode 34, Aired: April 7, 2016
David Kinch is a chef ahead of our time. Long before the farm-to-table trend, David found inspiration in the seasons, the land, and the ingredients at hand. Coming into his own under the tutelage of great chefs–from New Orleans to New York, France to Japan– and finally settling in Calif...

Episode 33, Aired: July 23, 2015
Peter Kaminksy wears many hats - writer, outdoorsman, journalist, cookbook author, television producer, the list goes on and on. He's worked with the likes of Francis Mallmann and Daniel Boulud on cookbooks. He was a managing editor at National Lampoon. He created both the Kennedy Cente...

Episode 32, Aired: July 16, 2015
Brooklyn-born writer Mimi Sheridan is one of the most acclaimed critics food has ever seen. Before becoming the first female restaurant critic at the New York Times in 1976, she wrote for New York Magazine. Four decades later, she has written for almost every food publication that matte...

Episode 31, Aired: July 9, 2015
Michael Pollan has been celebrated, critiqued and worshiped. He's a spirit guide for many in the world of food, he's won numerous awards, and sparked lively debates with his writing. In 2010 he was named one of the worlds 100 most influential people by TIME magazine. He's the author of ... 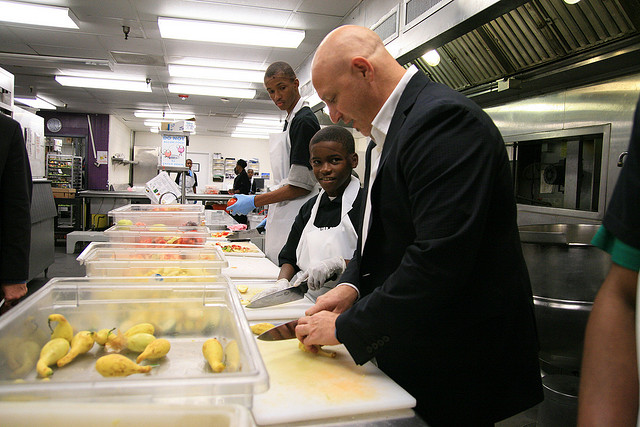 [audio mp3="https://heritageradionetwork.org/wp-content/uploads/2015/09/Arts-_-Media-Tom-Colicchio-Couldnt-Care-Less-About-TV1.mp3"][/audio] Chef Tom Colicchio is most widely known for his role as a judge on Top Chef, but he never envisioned himself on screen. In reality filming the popular show takes up just a fraction of his time and he shares how the show really works behind the scenes. Listen to the full episode here! 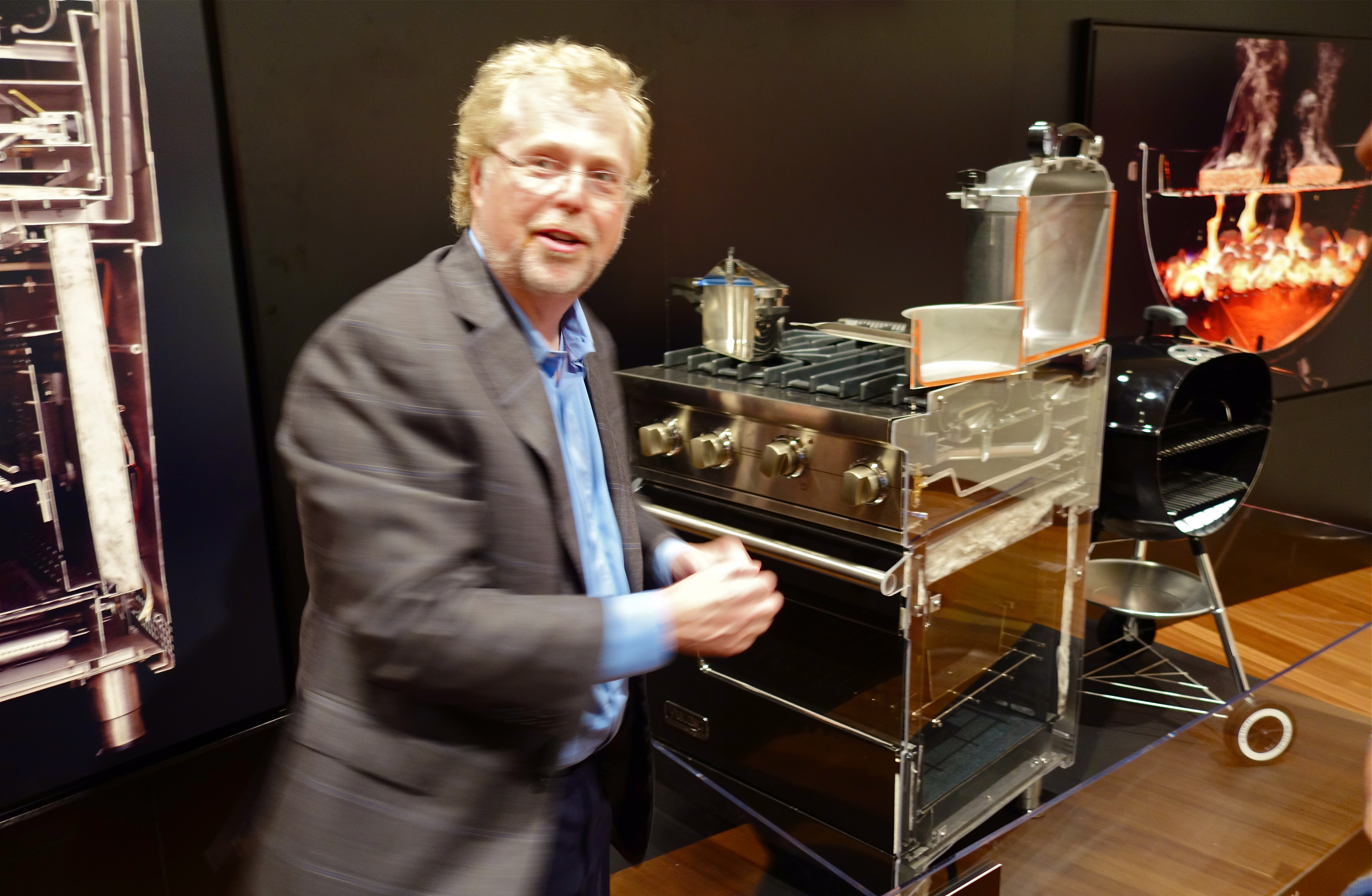 [audio mp3="https://heritageradionetwork.org/wp-content/uploads/2015/09/Science-Tech-The-Future-is-Bright-Nathan-Mhyrvold-Teaser.mp3"][/audio] Since leaving Miscrosoft as Chief Technology Officer in 1999, Nathan Myhrvold has delved into a variety of ventures. From archeology, to animal photography, to modernist cuisine, the man knows a lot. He’s seen a lot, but he remains an eternal optimist, holding faith in the power of technology. Listen to the full episode here! 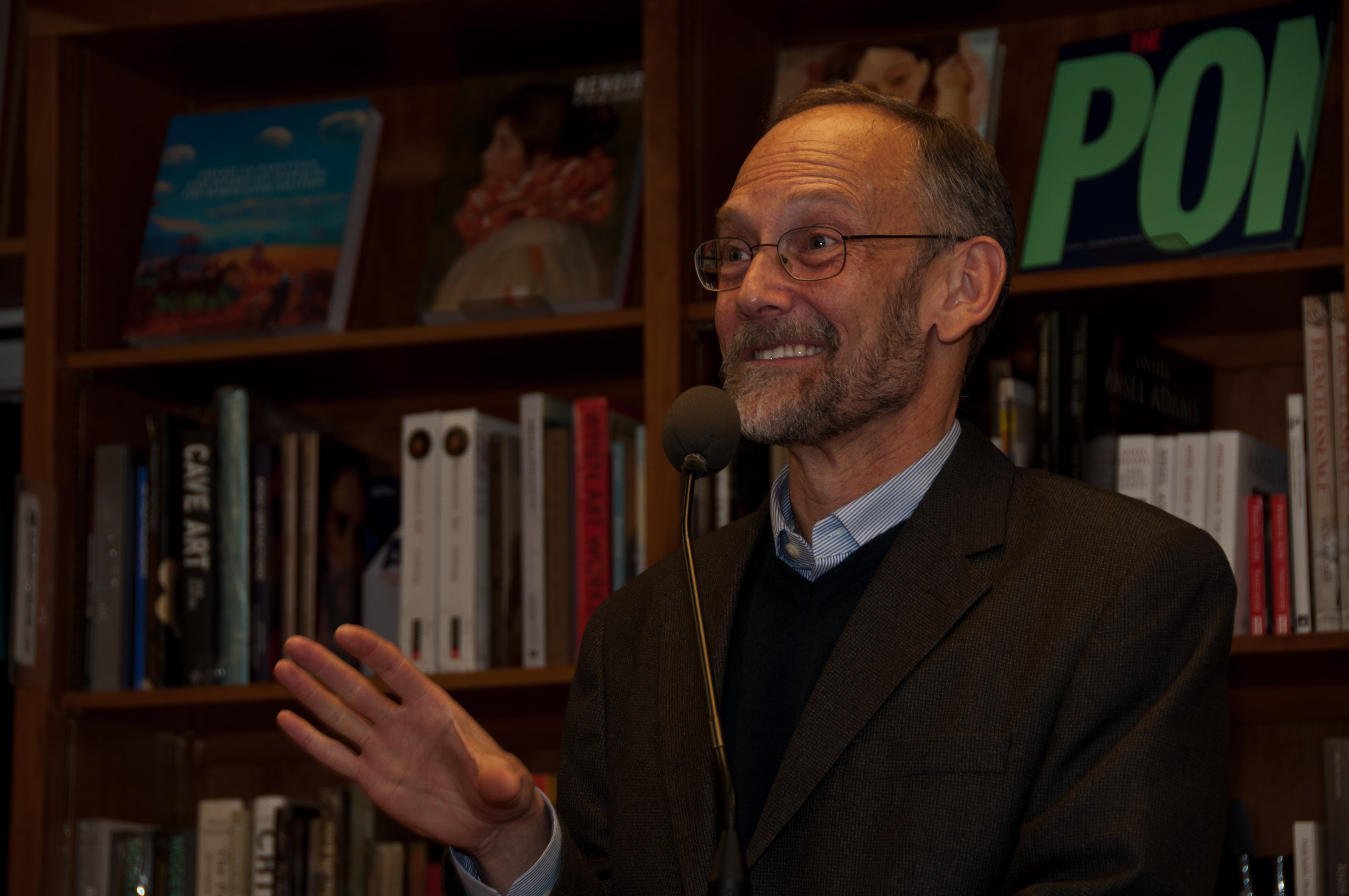 [audio mp3="https://heritageradionetwork.org/wp-content/uploads/2015/09/Science-_-Technology-Harold-McGee-on-the-Food-Science-Boom1.mp3"][/audio] Thanks to the growing popularity of food science, the field has earned respect among serious scientists, but with this popularity has come a lot of misinformation. Harold McGee, author of the cult book On Food &amp; Cooking shares his concern with trendiness of food science and misinformation. Listen to full episode here! 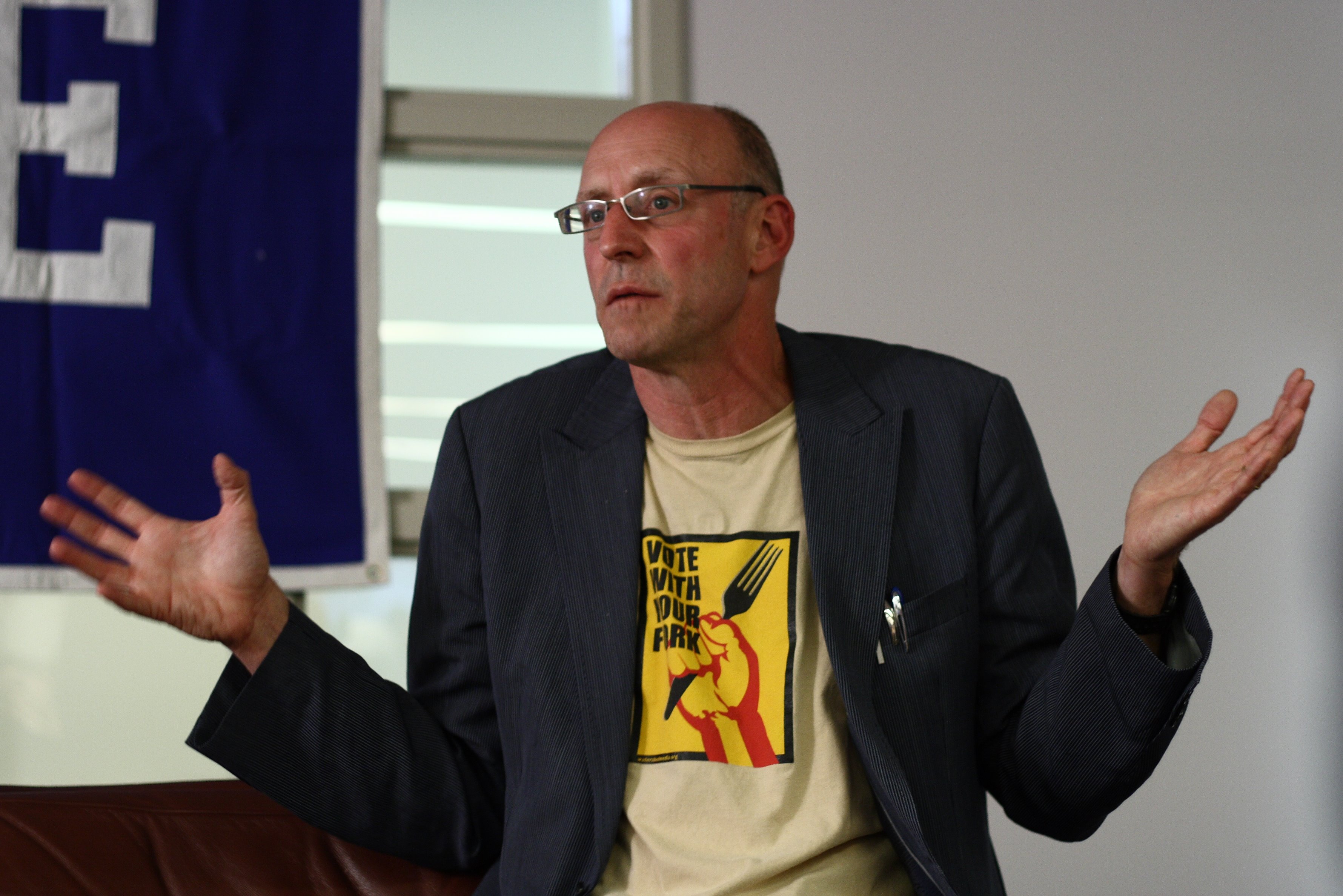 Why Michael Pollan is Winning the Race Against Soda

[audio mp3="https://heritageradionetwork.org/wp-content/uploads/2015/09/Advocacy-_-Food-Policy-Michael-Pollan-Positive-Outlook-on-Evolutionaries-1.mp3"][/audio] If you’re trying to start a food revolution, getting advice from renowned food activist and writer Michael Pollan is definitely not a bad place to start. Tune in to hear Mr. Pollan share why the story of soda provides a good example of a successful food movement - and what dropping soda sales means for the future of food.