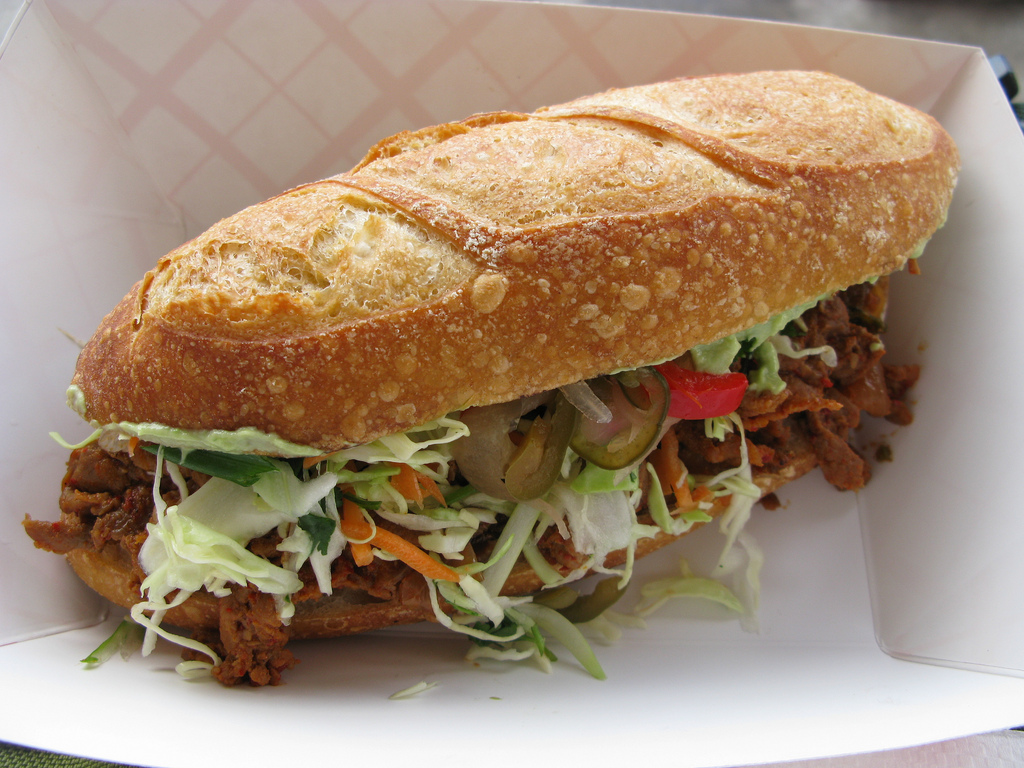 This episode of Week in Review pays tribute to the late Jim Harrison, opens up the great sandwich debate, and discusses the new age of online restaurant reviews. On “The Breakdown”, Jack and Erin speak to Andrew Friedman, host of our newest show, The Front Burner about springtime cooking and his upcoming panels at Chef’s Collaborative Summit.   Last Great Bite Every episode of Week In Review opens with a recap of the last great thing Jack and Erin ate, and how you can try it too. JACK: Home cooking is back with vegetarian pho from Lukas Volger’s book, Bowl. Jack successfully bought all of the fresh Asian produce at Fei Long supermarket in Sunset Park. ERIN: Huertas in the East Village, at 107 Ist Ave. The “Nuestras Manos” is their version of a tasting menu, featuring small plates from across the menu. Highlights included torta with blood sausage and an amazingly simple side dish of fresh peas and artichokes.   Featured Episodes Get caught up on the highlight reel of clips from the last week of HRN’s programming. Tech Bites Episode #56: Roundtable: The NYC Restaurant Guide Powered by Industry Insiders (3/28/16) Hosted by Jenn Leuzzi With guest Andrew Johnson, founder of Round Table   Cooking Issues Episode #244: Torta is a Freakin’ Sandwich! (3/29/16) Hosted by Dave Arnold With guest Peter Kim, Executive Director of MOFAD Ari Weinzweig talks about prolific writer Jim Harrison who passed away at 78 this week. Jim was best known for Legends of the Fall, but also wrote about food in Esquire. His prose and unique voice will be missed.   The Breakdown A guest or caller from around the industry joins the show to talk about their recent work. Jack and Erin speak with Andrew Friedman from The Front Burner, a new show he hosts with Jimmy Bradley. Andrew is mediating some hot topic panels at Chef’s Collaborative Summit, which takes place April 10-12 in Washington Square. He will speak with Kat Kinsman from Tasting Table, Dan Rosenthal (on a panel called “Outsmarting the Tricky Business of Meat”), Producers from VICE, and more!   Big-Ups Jack and Erin “big up” people, places, and things they're totally digging right now. (shoutout to Big Ups, the band, for that theme song) JACK: M-E-T-S, Mets Mets Mets who will be serving David Chang’s Fuku chicken sandwiches this upcoming season at Citi Field. ERIN: Roni Kave of Roni-Su Chocolates who is not only an amazing chocolate maker but also a women’s advocate. Her new project involves teaching middle-schoolers how to make chocolate to stimulate their scientific curiosity.