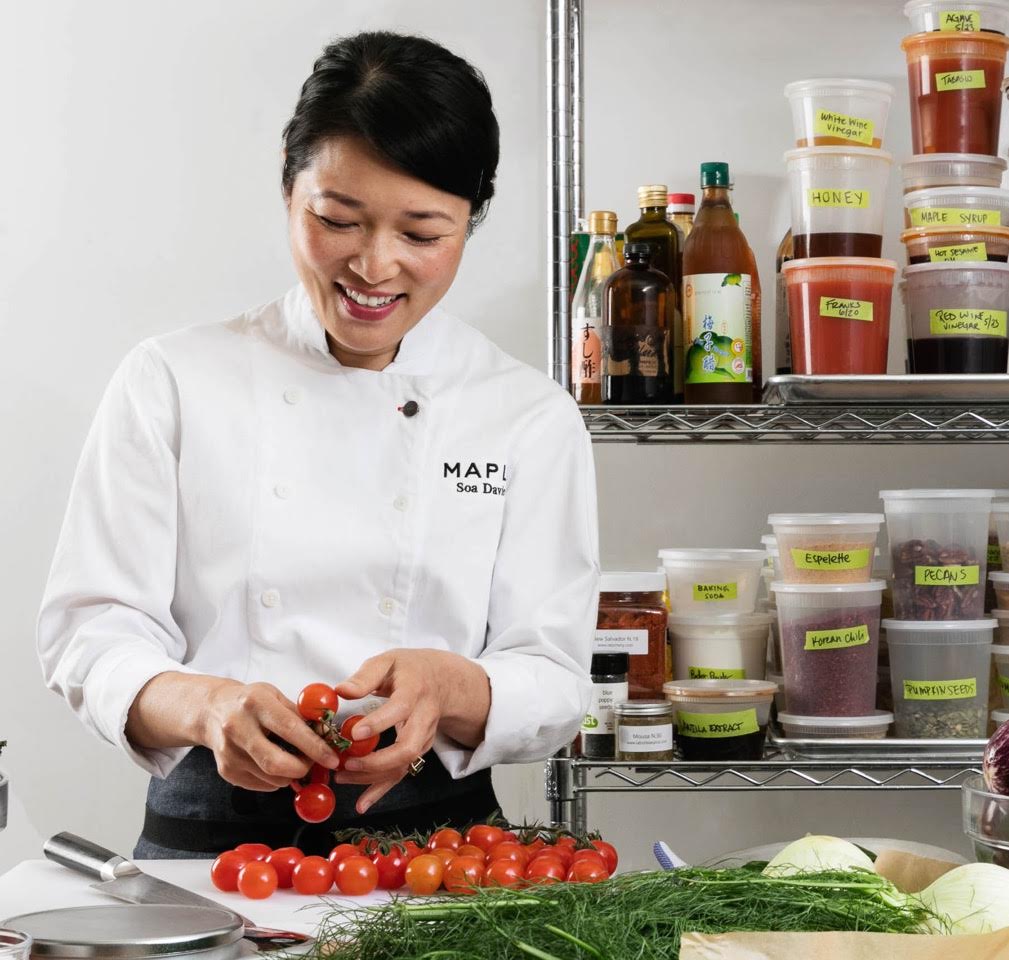 Soa Davies leads menu development and drives the culinary vision for Maple, the delivery-­only food service with rotating daily menus prepared by New York’s best chefs. Soa, as executive chef, brings almost two decades of culinary experience to the company. Previously, she spent over six years working alongside Eric Ripert as the head of menu research and development for his three­-Michelin­-starred Le Bernardin restaurant. Davies was the founder of Salt Hospitality, which focused on helping emerging fine dining concepts with menu development. She authored the Short Stack edition titled Vol. 2: Tomatoes. Nina Clemente, who was born in Italy and raised in New York City, realized the possibilities of transforming pure ingredients into Southern Italian feasts by watching her mother make vibrant local and seasonal cuisine. It was these experiences that led her to understand a desire to make food her career. After a successful stint as a private chef, she began working at the Curious Palate and then Osteria Mozza, learning from the incomparable Chef Nancy Silverton. She then worked at Maya’s Restaurant in St. Barths followed by a stint with Chef Enrico Crippa at his three Michelin star restaurant Piazza Duomo in Alba, Italy. Today, Chef Nina strives to bridge both cultures from her childhood by taking a democratic approach to food. She cooks cuisine that is clean, beautiful, nourishing, and accessible.