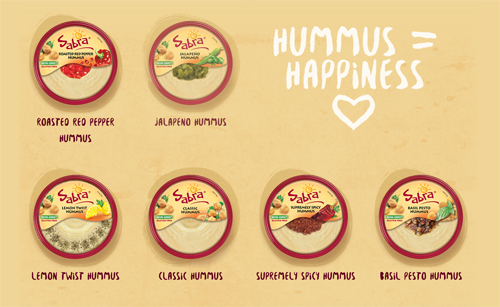 On today's episode of THE FOOD SEEN, we take the humble chickpea, and blend it into a sensation. Hummus, has it's origins in 13th century Egypt, has long been a stalwart of Middle Eastern mezze, and is currently a three quarter billion dollar market. Sabra, and it's CMO Eugenio Perrier, are reimagining this versatile spread's contemporary palette; with the launch of their "Unofficial Meal" campaign, they're looking to interact on a human level, and not just because it's "Appy Hour". Over 25% of American households now stock hummus, over 20 million Americans eat it on a regular basis, but how did this Levantine legume become such a spreading phenomenon?