Mitchell Davis is joined by American chef in Paris Daniel Rose, chef/owner of Spring restaurant in France. He discusses his education in Paris and the parallels between his philosophy studies and cooking. Hear Rose talk about the importance of cooking in French culture and the way in which he came to cultivate an incredible relationship with French cooking that eventually led to the opening of Spring. Learn about Rose's experience as a young cook in France and the invaluable knowledge he gained that he now passes on to his team. Tune in as Rose talks about opening a restaurant and what excites him in the culinary world today. This program was sponsored by Academie Opus Caseus.

"There was a period when there was nothing more delicious in the world than French cuisine and there's a reason why." 19:00 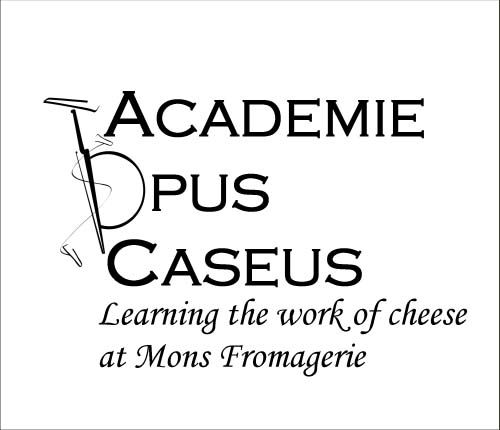 How do flavors become trends? Who determines trends, and how do they catch on with the mainstream? These are some of the questions that David Sax is trying to answer on the season finale of Taste Matters, hosted by Mitchell Davis. David Sax is a freelance writer specializing in business and food...

What happens when one of the most celebrated restaurant critics and non-fiction food writers suddenly decides to take on fiction? Ruth Reichl is about to find out, as her first fiction work Delicious! is set to be released on May 6th. She's this week's guest on Taste Matters, and host Mitchell Davis...

What exactly is foie gras? We'll find out on a fatty-liver themed episode of Taste Matters with special guest Michael Aeyal Ginor, co-founder, co-owner, and President of Hudson Valley Foie Gras and New York State Foie Gras, the most comprehensive Foie Gras producer in the world. Tune in to learn all...

This week on Taste Matters, Crop to Cup's Director of Operations Dan Shafer comes in to discuss everyone's favorite morning beverage. From growing communities to direct trade and direct buying models, tune in to hear all about the coffee business! This program has been sponsored by Rolling Press...

Nancy Harmon Jenkins knows a thing or two about a thing or two. Nancy is an authority on Mediterranean cuisines, on the Mediterranean diet and its consequences for good health, on extra-virgin olive oil, and (to her own surprise) on ancient Egyptian maritime technology. She is the author of many...

Wendell Berry Wants You to Slow Down

[audio mp3="https://heritageradionetwork.org/sites/default/files/wp-uploads/2015/09/Agriculture-Wendell-Berry-Wants-You-to-Slow-Down-1.mp3"][/audio] As the food industry continues to industrialize, the care that goes into food production continues to diminish. Farms...