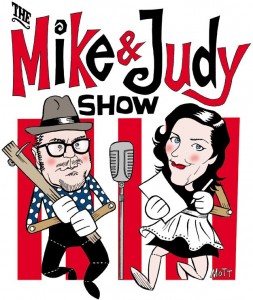 Today on the Heritage Radio Network, we congratulate Mike & Judy on their 100th show! To commemorate Mike & Judy's centennial, together they take us through a reel of the show's greatest highlights. Bringing us back to The Newlywed Game, Bobby Keys of the Rolling Stones, the "2012 Apotcalypso", Rockaway Beach, XMAS, and more! As a result of their amazing run, Mike & Judy have decided to move on to their next venture, by ending The Mike & Judy show, and starting next week with their new show, Arts & Seizures. Be sure to tune-in next week for their first episode! This program has been sponsored by Robertas Pizza.