EPISODE 194 What Is Really In That Packaging? Mike Schade Reviews the State of Food Packaging and How It Affects Our Health and the Environment

Schade spearheads the Mind the Store campaign which aims to work with the nation’s leading retailers on creating comprehensive chemicals policy. For the previous eight years, Mike was the Markets Campaign Coordinator with the Center for Health, Environment & Justice (CHEJ), a national environmental health organization where he led national campaigns to phase out PVC plastic, phthalates, BPA and dioxin. Prior to CHEJ, he was the Western New York Director of Citizens’ Environmental Coalition. Ethisphere Magazine listed Mike as one of the 100 Most Influential People in Business Ethics for 2007 and the PVC Campaign received two awards from the Business Ethics Network. 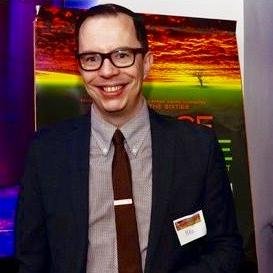 “Unfortunately, the federal government has been asleep at the wheel when it comes to protecting American families from unnecessary, dangerous chemicals in consumer products, and so that’s why we think that big retailers can have an important role to play in minding the store and ensuring that products are safer for American families and consumers.” [12:55] – Mike Schade

Beef with the Cattle Industry

Sonia and Pedro own a small restaurant in one of the last remaining city markets in Lisbon. Food traditions, preparations,…

Kay Cornelius, and Elle Gadient give an overview of the partnership between Niman Ranch and Chipotle to extend money in…