While taking French classes at the University of California-Berkeley, Whitney Otawka responded to an ad for a waitress position at a local French creperie. Although she didn’t get the waitress job, she was hired into the two-person kitchen and her culinary career began. Raised in the mojave desert in Hespiria California her family struggled financially and she dreamed of becoming an egyptologist. Over time in Oakland and San Diego she began to actively pursue and culinary career. She’s worked both coasts from California to Georgia. Along the way she’s worked for chefs such as Hugh Acheson and Linton Hopkins and staged at Per Se and Le Bernardin. She appeared on Season 9 of Top Chef and just released her first cookbook The Saltwater Table: Recipes from the Coastal South. 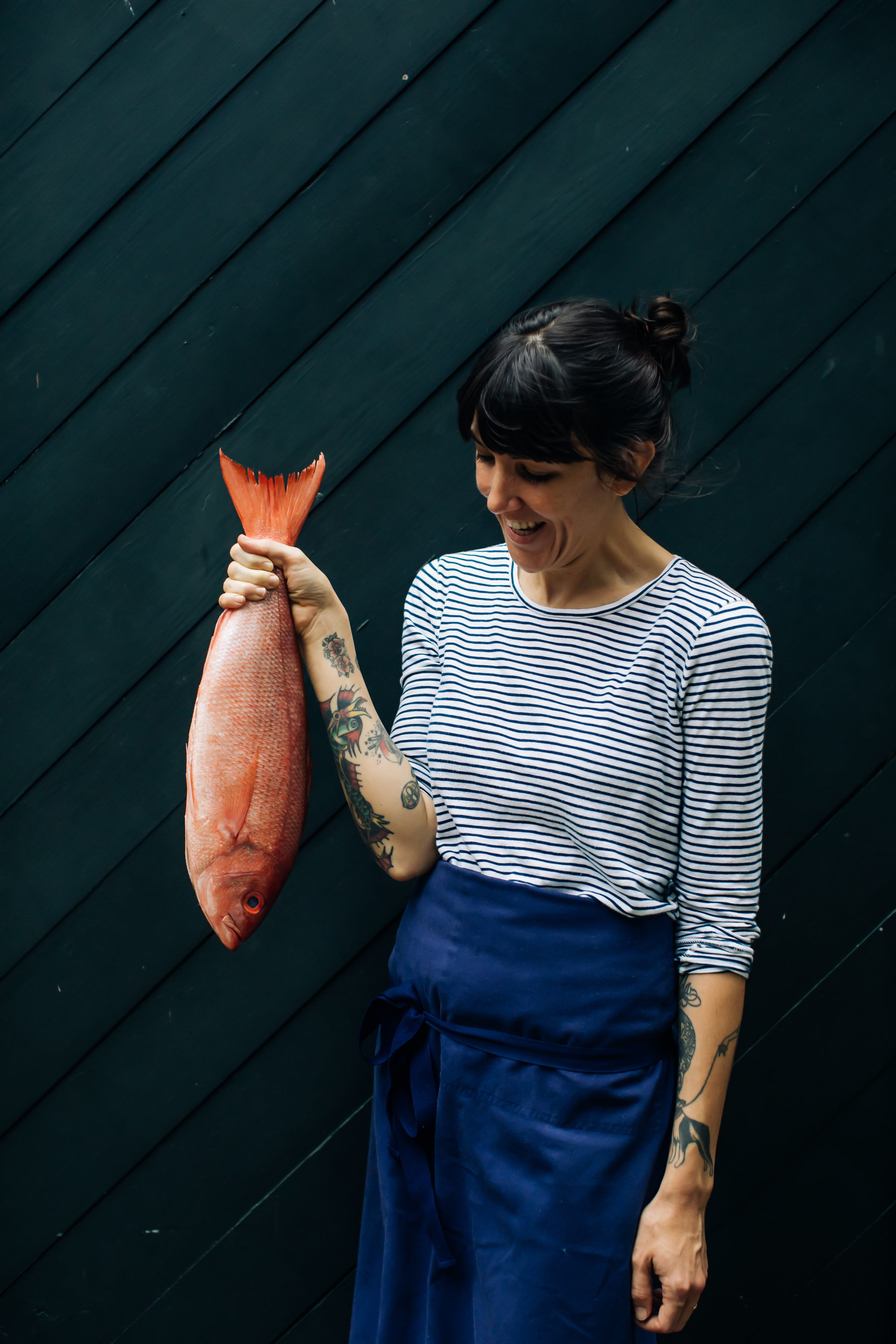 Make Your Cake, But Don’t Eat It Too