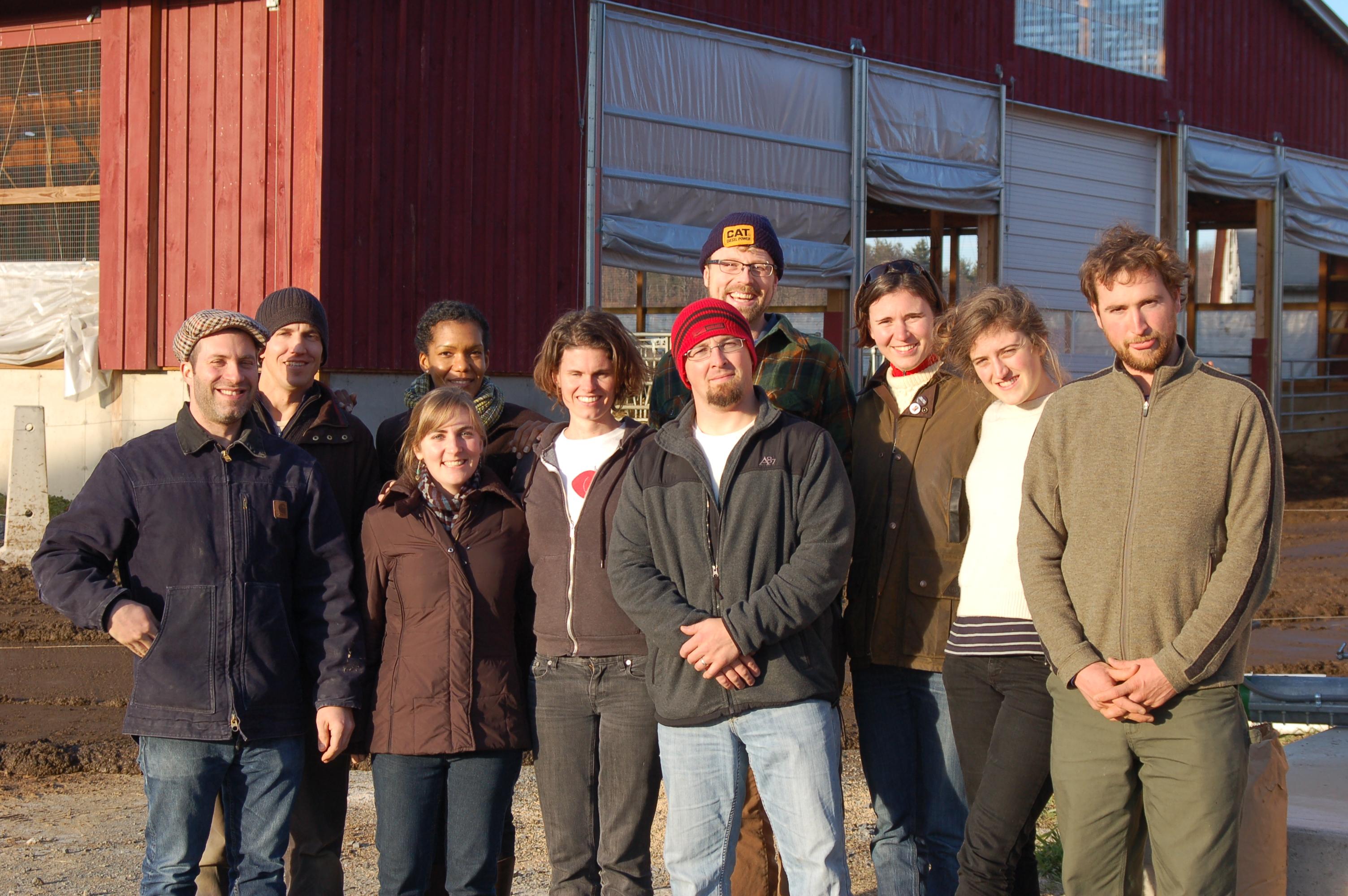 This episode of Week in Review reviews a dizzying breadth of content from the past week! We hear from a 17-year-old food rapper, a Food Studies professor at NYU, and the master of acorn toilet fermentation. On “The Breakdown” Jack and Erin talk to Lindsey Shute from the National Young Farmers Coalition about the upcoming performance of Good Dirt at BAM this weekend. Last Great Bite Every episode of Week In Review opens with a recap of the last great thing Jack and Erin ate, and how you can try it too. JACK: “The meatiest weekend a person could possibly have.” - 8 pounds of pork shoulder, bacon, sausage, lamb ribs all from Heritage Foods. To balance it out, Jack ended the weekend with a homemade vegetarian bibimbap from Lukas Volger’s cookbook, Bowl. ERIN: “Felt like a champion of life last night.” when she made a porterhouse Berkshire pork chop from Heritage Foods with warm pineapple salad and brown rice. Featured Episodes  Get caught up on the highlight reel of clips from the last week of HRN’s programming. Gunwash Episode  #185 Aaron Veal AKA Siddhartha (3/31/2016) Hosted by Aaron Ginsberg, Armand Grullard, Jack Inslee With guest Aaron Veal   A Taste of the Past Episode #233 Ethnic Restauranteurs (4/7/2016) Hosted by Linda Pelaccio With guest Krishnendu Ray, Department Chair at NYU Food Studies   Fuhmentaboudit! Episode #158 Rob Handel is the Bee’s Knees (4/4/2016) Hosted by Chris Cuzme and Mary Izett With guest Rob Handel, of The Bee’s Knees in the Catskills   The Breakdown A guest or caller from around the industry joins the show to talk about their recent work. “Young farmers, young farmers, young farmers!” Jack and Erin take a call with Lindsey Shute, Executive Director of National Young Farmers Coalition and owner of Hearty Roots, in Germantown, NY. The National Young Farmers Coalition is bringing a theatrical performance, Good Dirt, to BAM April 10 at 4 pm! The play shares real stories and words of farmers in a show of humanity, struggle, and triumph. Lindsey calls it a rare opportunity to bring the life of farmers to an urban audience. All proceeds benefit the National Young Farmers Coalition. Big-Ups Jack and Erin “big up” people, places, and things they're totally digging right now. (shoutout to Big Ups, the band, for that theme song) JACK: NCAA Championship Game between Nova and UNC was this past week. Big Ups to Kris Jenkins on Villanova who lost 40 lbs by cutting candy, ultimately making the game-winning shot! ERIN: The talented Alisha Fowler, Program Director at Chefs Collaborative Summit. Tickets still available for this weekend!