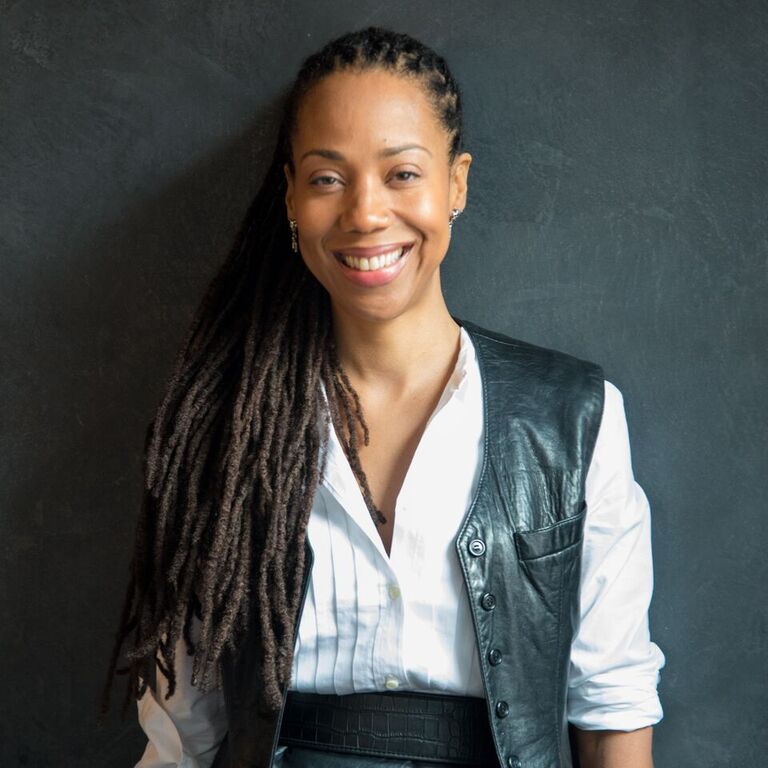 Yvette Leeper­-Bueno owns Vinatería, the charming Harlem neighborhood restaurant and wine bar. A lifelong New Yorker, Yvette maintains longstanding roots in Harlem­­from her parents first meeting on 122nd Street in the 50s, to the renovated townhouse on 112th Street she has shared with her husband and sons for 12 years. Before opening Vinatería in early 2013, Yvette owned a clothing design/manufacturing business and children’s clothing boutique, Leeper Kids. Eventually her entrepreneurial spirit, love for good food and fashion, and devotion to the Harlem community led her to open Vinatería on its up­-and­-coming strip of Frederick Douglass Boulevard. Vinatería fosters a spirit of inclusivity through an accessible but extensive wine program, a thoughtful menu of Spanish­ and Italian-­influenced seasonal dishes, a convivial atmosphere, and contemporary design. Almost three years later, the neighborhood has seen a resurgence that some have compared to a second Harlem Renaissance, and Vinatería remains a pioneer in this transformation. From subtle details like the herbs lining the windowsills, to the art selected for the walls, Yvette aesthetic and attention to detail are clearly manifested throughout the space.

"What's happening right now in Harlem, especially in terms of the culinary scene, is it's exploding...it's becoming a real hub of socialization and restaurant culture, and I think Vinatería is really a part of that movement." [25:15] – Yvette Leeper-Bueno