“I don’t want to feel myself explode.” After a bus carrying her and a rap group went off a cliff and crashed 40 feet below, that was Zahra Tangorra’s first thought. Now, thirteen years later, this horrible accident feels “like an opportunity.” Tangorra used her settlement to fund a career change from visual merchandiser in retail to first-time restaurant owner in Brooklyn. Her place, Brucie, was a huge success and got global attention with special events like a wacky Kimye Valentine’s Day themed dinner. After five years, exhausted by the soul-crushing routine, she eventually closed the restaurant and felt not only that she had failed herself, but worse—that she’d failed all women by not being a young, female, chef-owner role model. Listen in to hear how Tangorra recovered her sense of purpose, pivoted her career (again) and launched “Life’s A Banquet,” a witty podcast with Bretton Scott on Heritage Radio Network, adding a new title to her impressive list of achievements: radio host. 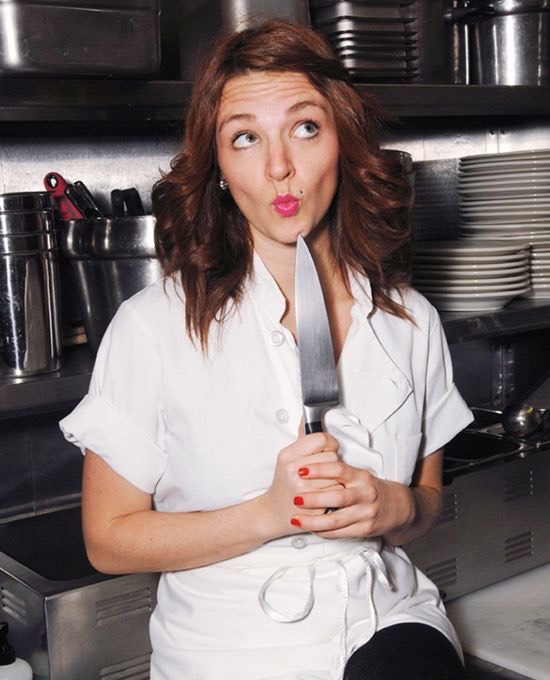 The intersecting ideas in feminism, food and fashion are underscored in this fascinating conversation between Dean of The School of…

How safe is our food? On this episode of Speaking Broadly, host Dana Cowin talks to one of the foremost…

She launched H.A.P.P.Y., a non-profit teaching kids about food and nutrition when she was just 12 years old, and now,…

Teacher, scholar, cook, author, historian, traveler, curator, lecturer, Dr. Jessica B. Harris is an expert on everything from the foods…