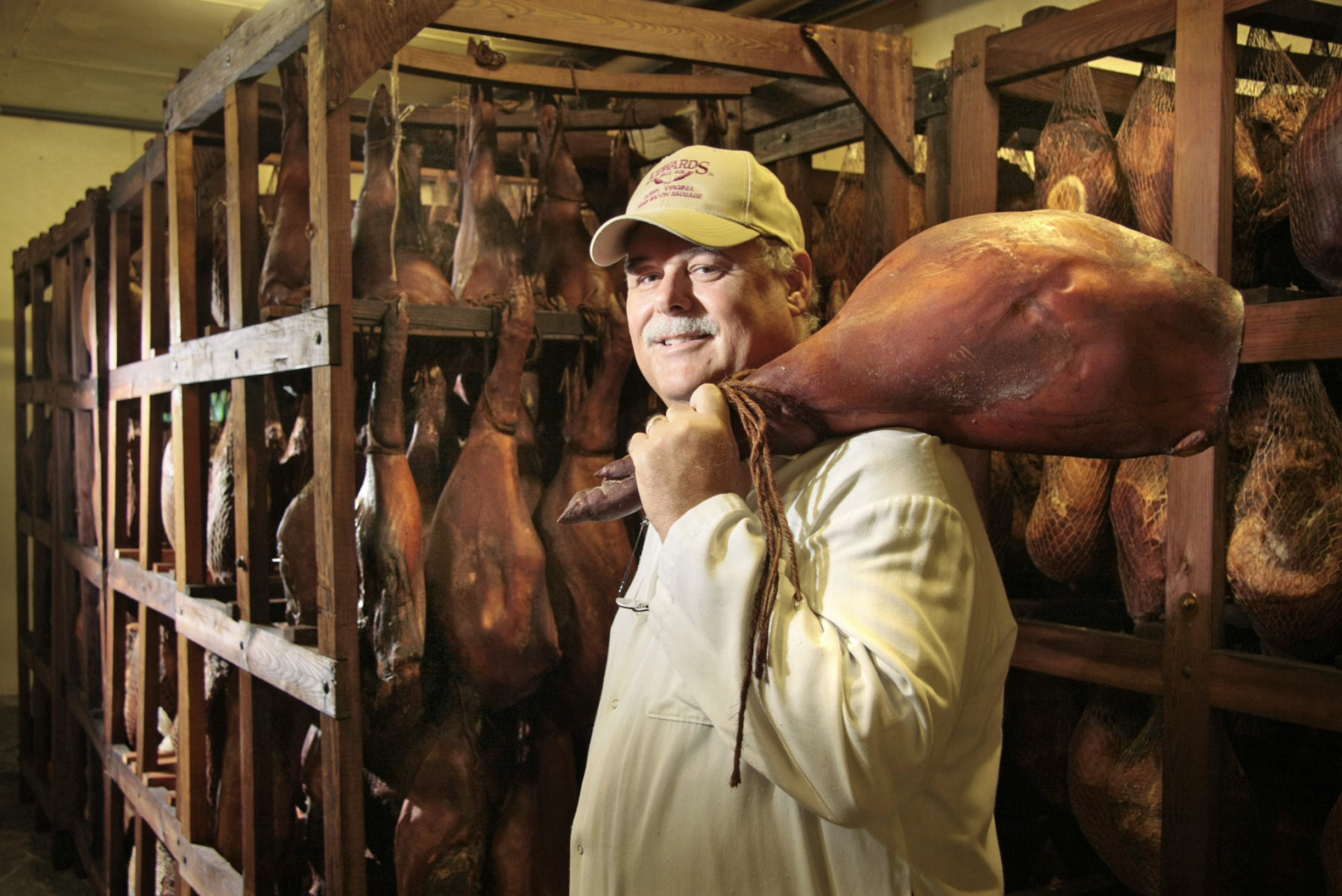 Surry, Virginia has been home to the Edwards family since before 1926 when Wallace Edwards Sr. first started selling ham sandwiches on the ferry boat that carried folk to Williamsburg. Those 50c sandwiches would launch a multigenerational curehouse that is among the most respected food businesses in America. Producers of exquisite cured ham, bacon and sausage, Edwards Virginia Smokehouse is now run by Sam Edwards III and his son, Sam Edwards IV. Sam and his family were one of the first three businesses in America to support Heritage Radio Network financially. Sam is in the Fancy Food Show Hall of Fame and also a proud member of the Country Ham Association. The Edwards Surryano prosciutto-style long aged ham is considered by many to be one of America’s great gastronomic treasurers, all the more special when you consider that it comes only from only 100% pasture raised, heritage breed, antibiotic free pigs!

Hey followers! This week we demand you all shave your heads and eat an entire jar of peanut butter while…

This season we are mixing it up and interviewing chefs and restaurateurs as they actively open a restaurant. We’ll be…