Eat Your Heartland Out

Eat Your Heartland Out is a series dedicated to highlighting the rich, yet often overlooked, culinary depth of the American Midwest. Food is the storyteller while host Capri S. Cafaro serves as your audio tour guide through this region spanning 12 states. The show aims to weave a tapestry of cultural diversity, immigration history, migration patterns and agricultural variations in each episode. Expect to gain new insights about Midwestern foodways through compelling interviews with historians, authors, chefs and makers; each of whom brings a unique perspective on the Midwest's culinary story.

Eat Your Heartland Out also broadcasts on terrestrial radio and has been aired in Kansas, North and South Dakota, Wisconsin and beyond. The show is available to your local public radio station via the Public Radio Exchange. Call and request it today!

Eat Your Heartland Out is also available on Rural Radio; channel 147 on Sirius XM. It plays each Sunday at 7pm ET. 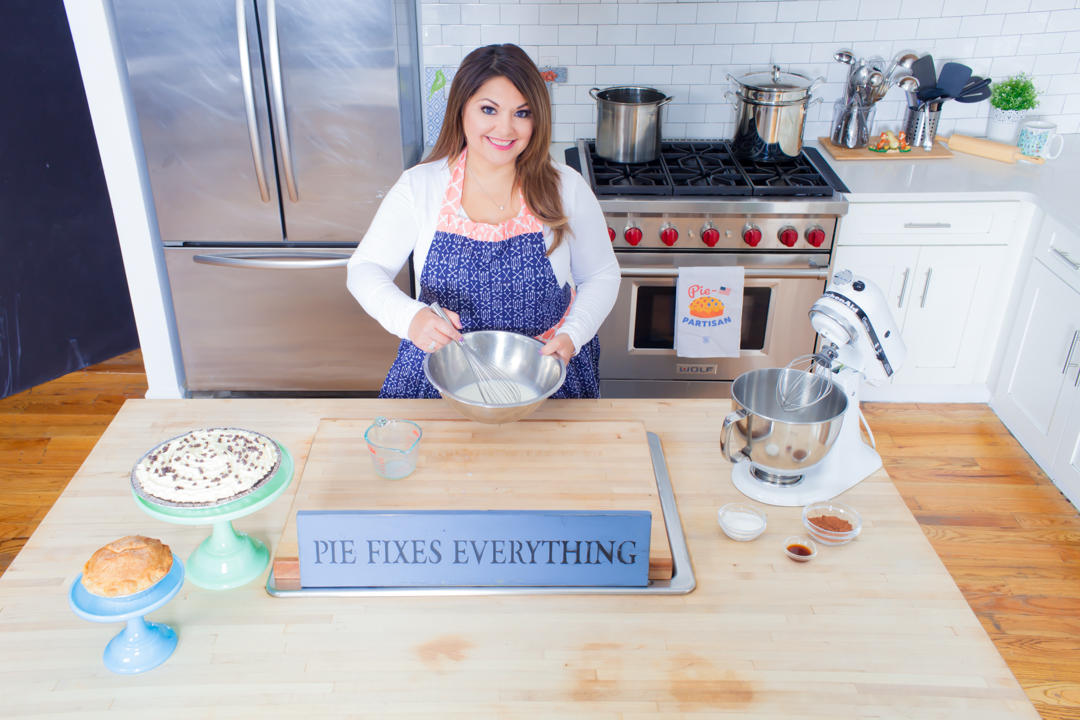 Capri S. Cafaro is a Midwestern girl at heart.  A native of Ohio, she served in state government for a decade where she focused her work on health care and the needs of the vulnerable.  When she was not working on legislation in the statehouse, she was baking pies for family and friends in her own house. After term limits brought her time in the Ohio Senate to a close, Capri now teaches public policy at the university level and is a frequent political commentator on cable news outlets.

With politics in the rearview, Capri also has more time to spend on her culinary passions.  Capri believes food is the common denominator that brings us all together and the ingredient that can tell our nation’s story without words.

Capri is the author of the new cookbook, United We Eat: 50 Great American Dishes to Bring Us Together (Story Farm Press).  She has also written about food, culture and travel for outlets such as FoodNetwork.com, TravelForFoodHub.com, FoxNews.com and often brings her baking skills to TV audiences across the country.

Coming up on this episode, we are celebrating the ethnic and cultural diversity that makes the food of the American Midwest unique. In Champlain, Illinois, we meet Alex Sentowski and Jennifer Gunji-Ballsrud, the founders of Suzu, a Japanese bakery brings a traditional Japanese menu to a Midwest...

This week on Eat Your Heartland Out, we are spotlighting the Amana Colonies in Iowa. This unique community with German roots has a surprising history and exciting future. Learn about how a communal way of living gave way to special culinary traditions and year-round festivals. Our first guest is Jon...

On this episode of Eat Your Heartland Out, we meet author Peggy Wolff. Peggy is an Illinois native and editor of Fried Walleye and Cherry Pie: Midwestern Writers On Food. She shares her compelling journey into food writing and her secrets to capturing cultural stories through food. Heritage Radio...

On this week's episode of Eat Your Heartland Out, we discuss similarities in the food histories of regions separated by oceans and borders. First we welcome journalist Samira Mohyeddin, the host of CBC's Unforked, to compare the impacts of migration on Canadian and Midwestern foodways. Then we speak...

On today’s show, we are embracing the Bread Basket of America. Agriculture is the industry responsible for putting food on our tables. And, it’s also an economic engine for many parts of the Midwest. Ag organizations across the country support the efforts of generations of farmers to develop...

In this episode, we will meet two more leaders in the indigenous food sovereignty movement who are using food to both empower and inspire. From seed cataloguing to sustainable fishing, Indigenous persons are decolonizing their diets, preserving their traditions, and educating their non-Native...