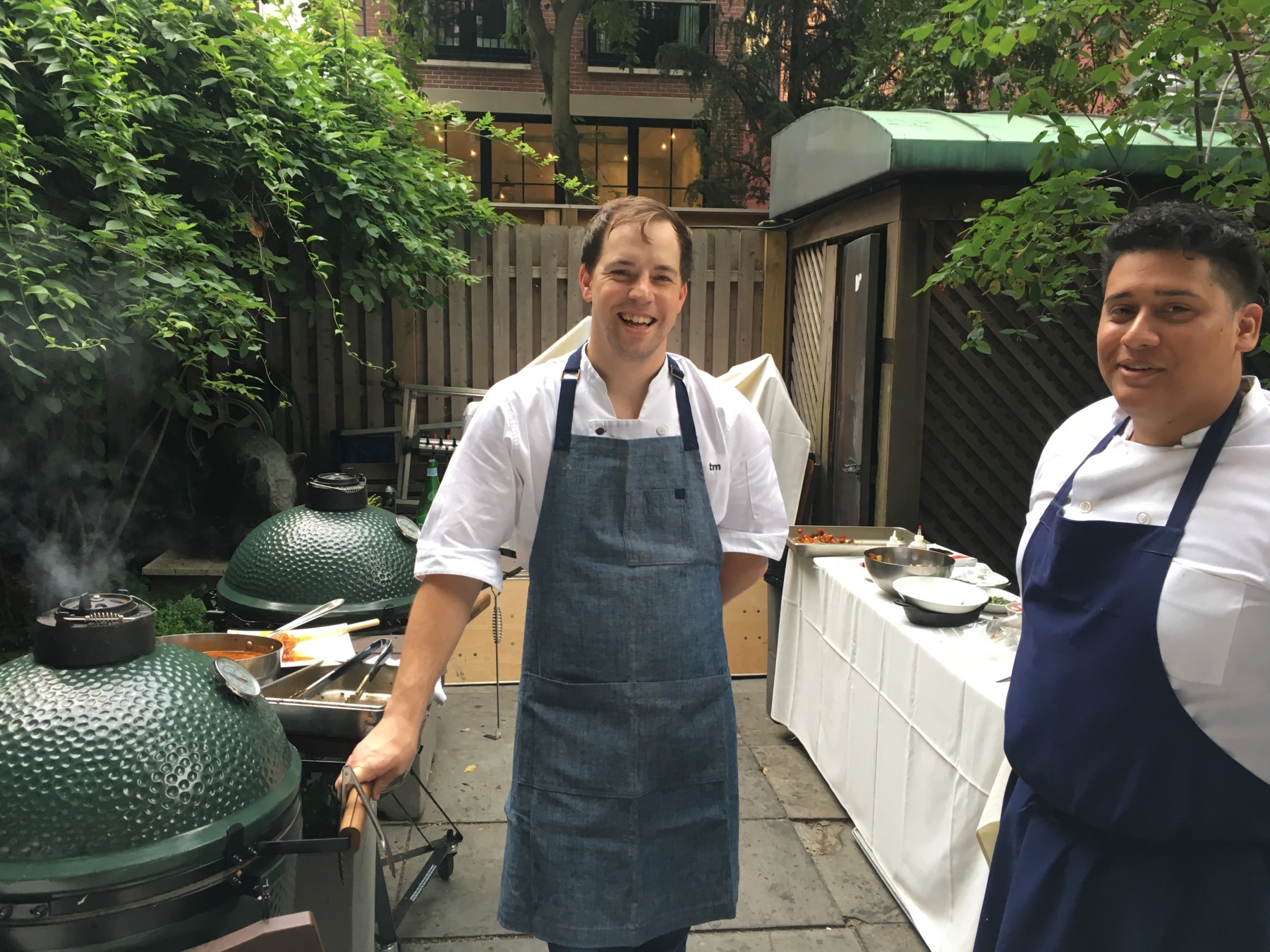 HRN On Tour headed over the East River to visit the James Beard House and to get our fingers dirty at the Southern Wing Showdown. Our recording studio that night was the breezy courtyard at Beard’s legendary residence. This walk-around feast was presented by Springer Mountain Farms and produced by Taste of Atlanta.

Caity and Hannah got to chat with nine talented chefs visiting us from below the Mason-Dixon line, as well as Keith Schroeder of High Road Craft Ice Cream (which you can find at Whole Foods Market), and the night’s talented bartender, Greg Best, the owner of Ticonderoga Club in Atlanta.

Last but not least, we were lucky enough to taste each chef’s interpretation of America’s favorite finger food: the chicken wing. 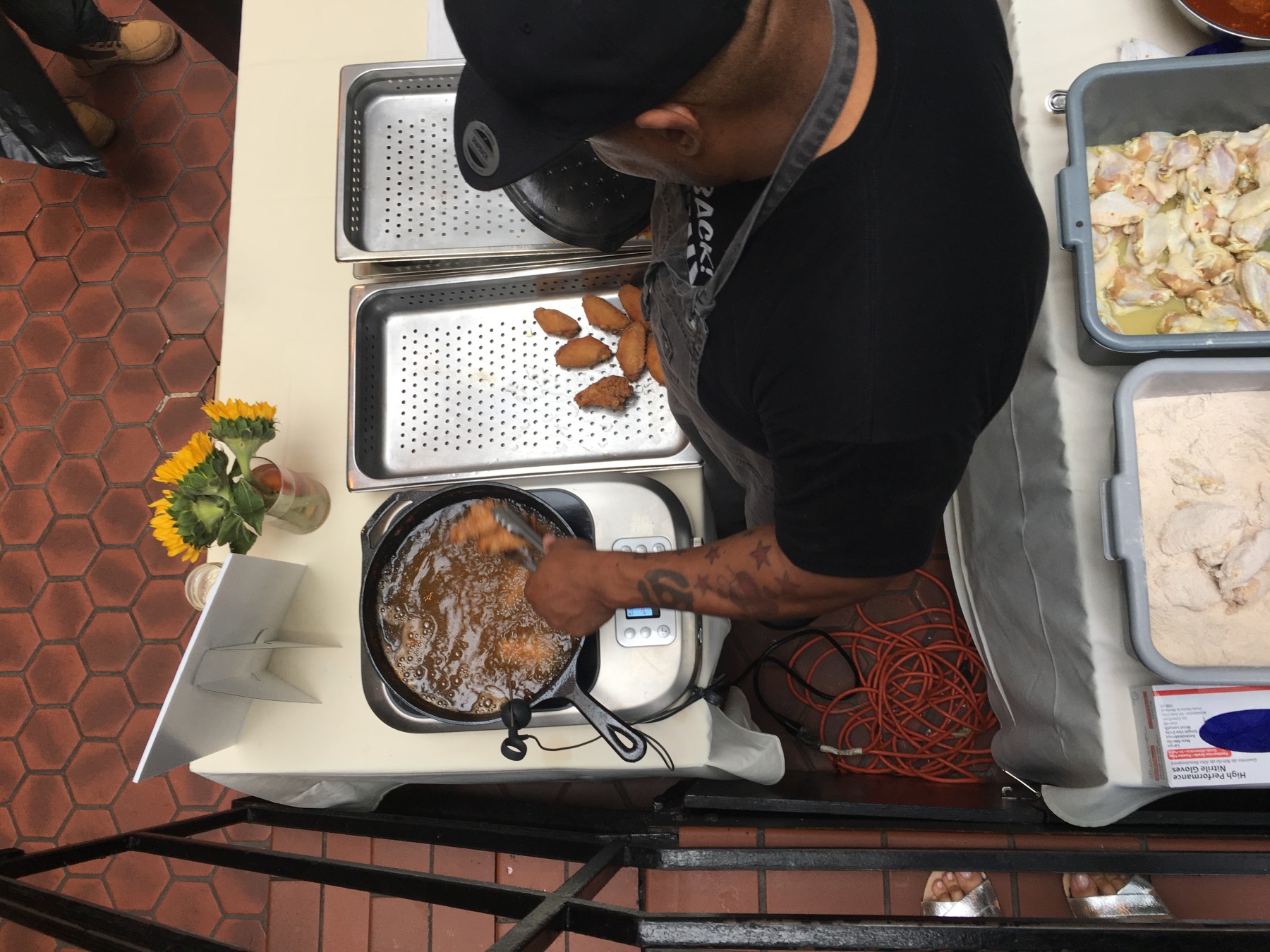 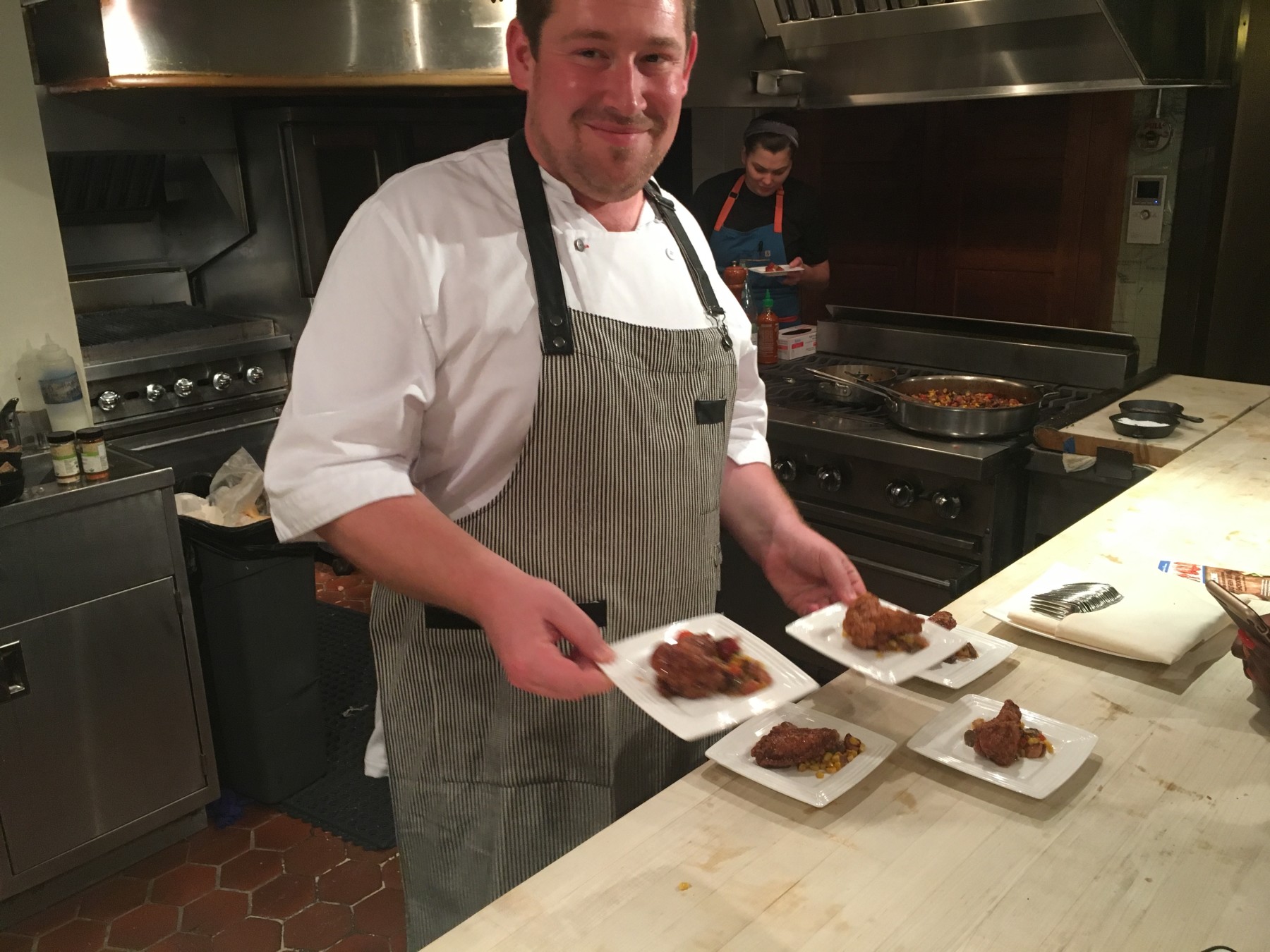 The night’s winning wing from Cotton & Rye in Savannah, GA!

Here is the line-up of the chefs we down sat with along with their tasty, southern inspired dishes! 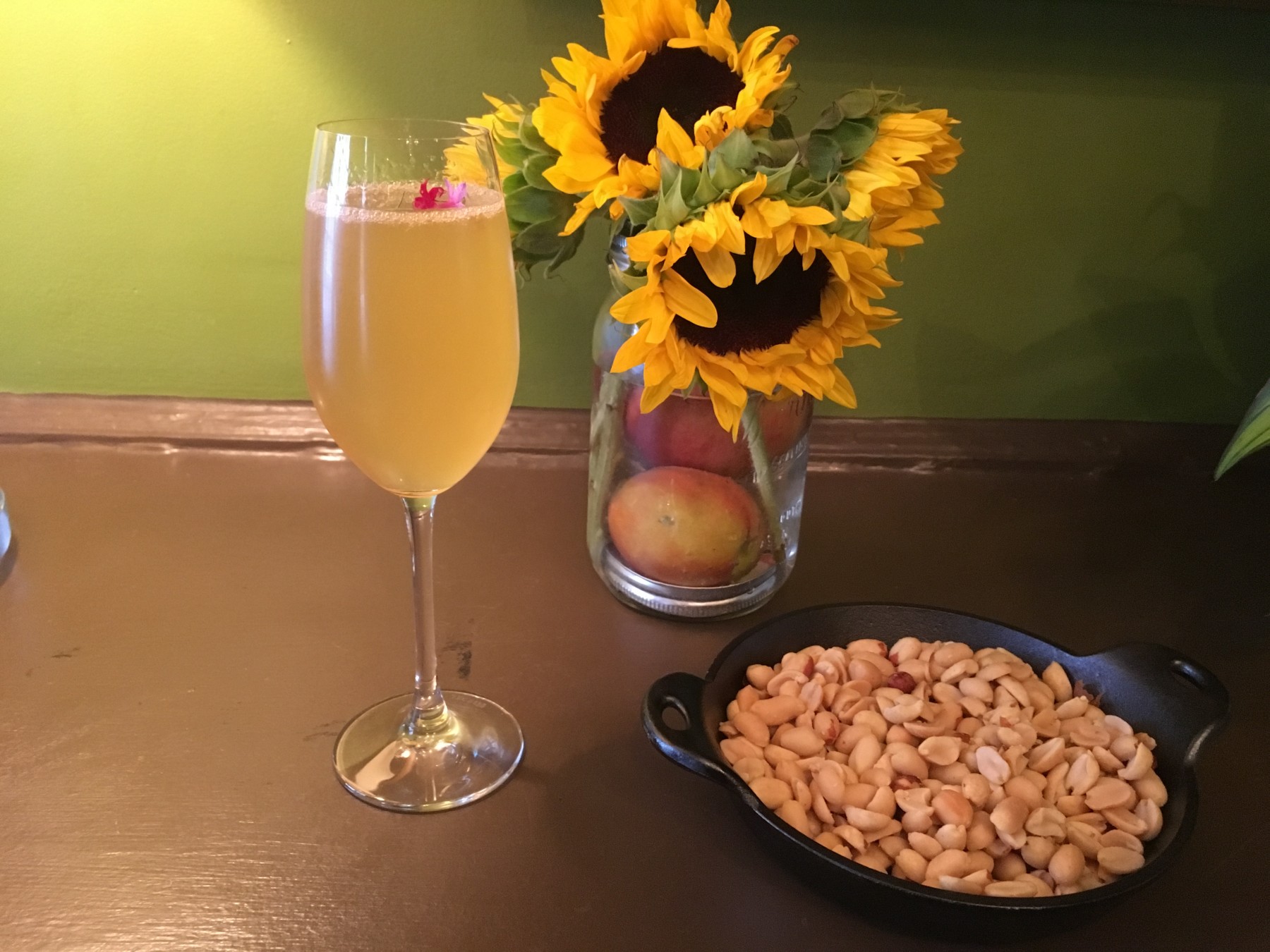 Greg Best is a cocktail master!