Cheese making is an ancient tradition; prehistoric pottery found in Poland suggests that cheese was invented roughly 7000 years ago! But the unique location for aging cheeses at Emmi came about much more recently, and by accident. 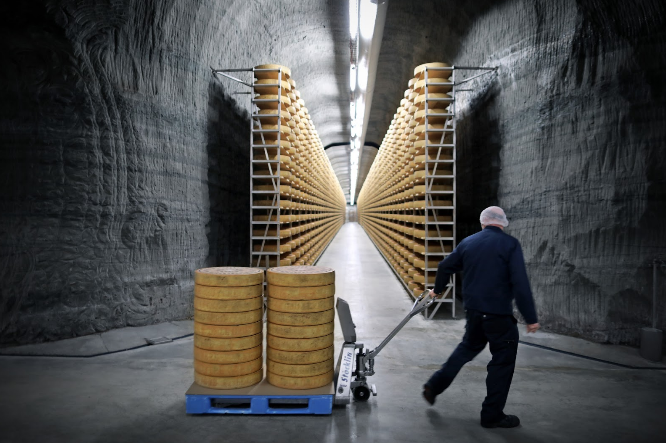 It was 1953 and the Swiss cheese company had run out of space. The cheese makers decided to try storing their cheeses in a nearby sandstone cave of Mount Santenberg in Switzerland. It turned out to be the perfect place to age cheese, a process known as affinage. A cool river running through the cave provided enough moisture and the underground space maintained a cool temperature year round, which also inspired its name – Kaltbach, or “cold river.” Cheese makers had to experiment with the naturally wet and mineral-rich climate. Some were worried when the cheeses changed color, but they soon found that the change in color of the rind meant the cheese was ripening naturally to the right consistency and taste, unlike any other cave in the world. 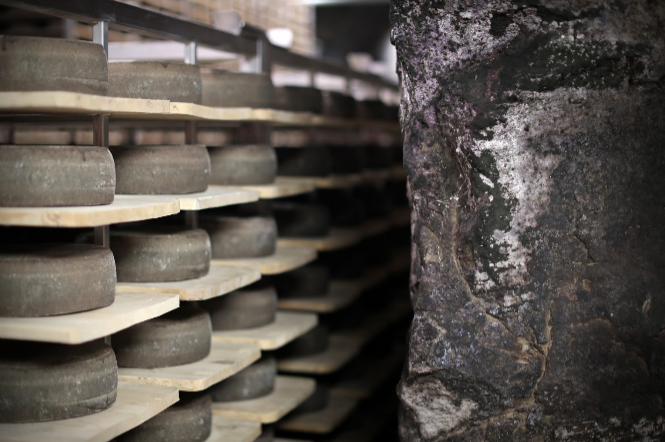 The 22-million-year-old Kaltbach Cave is still used to age Emmi Kaltbach cheeses today. Cave masters check each wheel, and it can take up to nine months for the cheese to ripen. You can even see the cave-aging process for yourself on one of Emmi’s tours if you ever find yourself in Switzerland.

Only the best cheeses are selected to enter the Kaltbach Cave, and cheesemakers follow strict requirements to earn a place in Kaltbach. What cheeses can you find from the cave? Some of the best are Kaltbach Le Gruyère AOP, Kaltbach Emmentaler AOP, and new from the cave, Kaltbach Le Crémeux, a semi-firm alpine-style cheese.

On today’s episode, Elena chats with Adam Moskowitz of Larkin, the Barnyard and the Cheesemonger Invitational (of course!) about creating community in…

Hosts Elena Santogade, Diane Stemple and Aaron Foster are all in studio together to reflect on 2019 and make cheese-related…

For this month’s book review, Diane Stemple interviews Mark Kurlansky about his book Milk! A 10,000 Year Food Fracas. With…

Host Elena Santogade talks with Jodie Wische about what she’s seen these past 20+ years in cheese, and how ecommerce…