Ants are crunchy. Crickets are nutty. And spoiler alert: scorpions are uncharacteristically salty.

Before we get too far down the reminiscent taste road, let me tell you how I got to this point of eating bugs in a black semi-formal long skirt at the Smithsonian Network’s Bug Bites event. 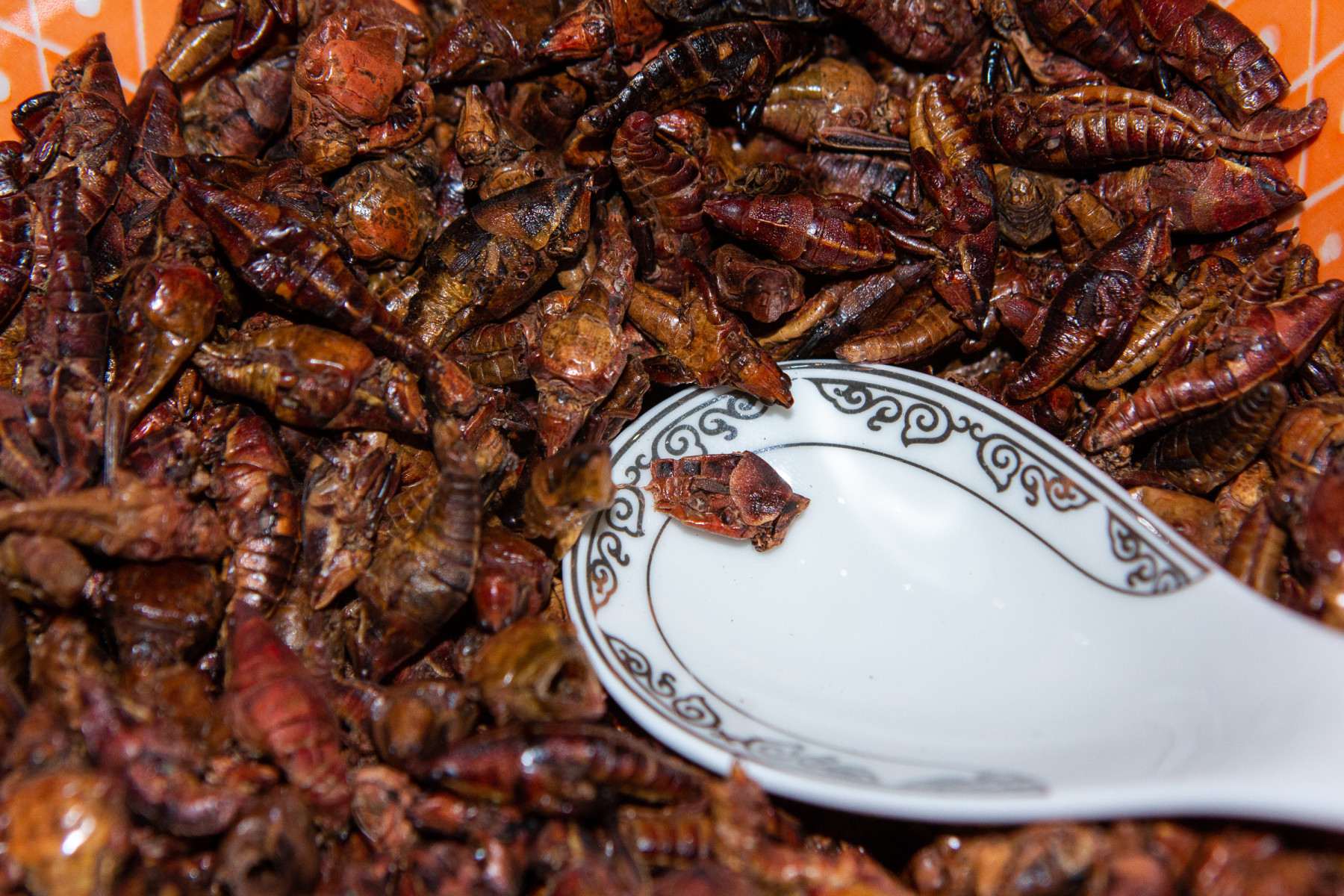 Back in July, Joseph Yoon was the guest on Why Food?. He’s the founder of Brooklyn’s Yummy Eats catering company and last year’s first bugs culinary event. He was the mastermind of the night’s insect-ty goodness.

In the back of the stark white gallery, occasionally punctuated with greenery and tasting centers, was Yoon.

“I found my calling in life as an advocate and ambassador for edible insects,” said Yoon, “I love to raise appreciation and awareness for it. It’s fascinating for me on a chef level because there are over 1,900 bugs that I can eat and cook with.” 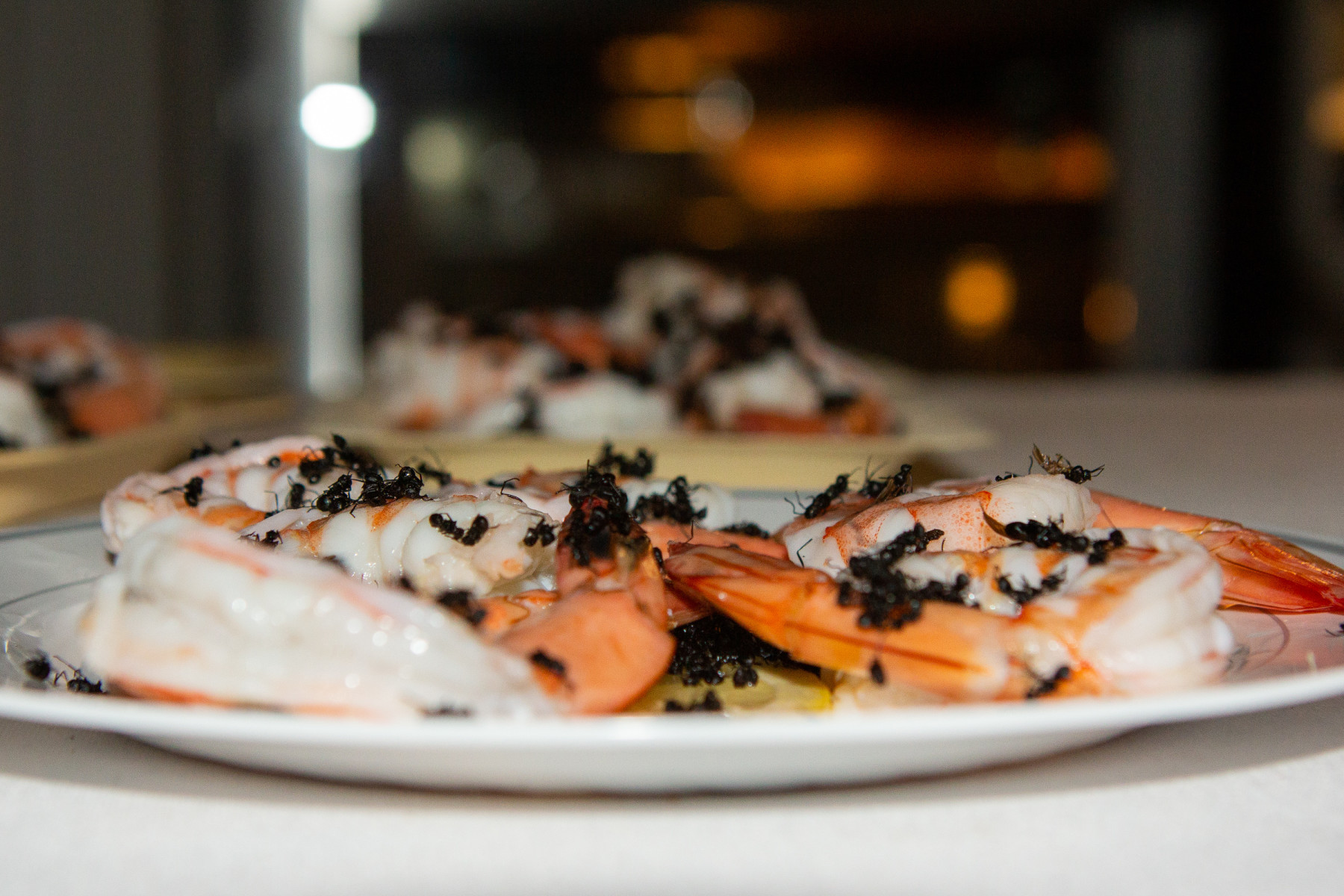 He was wielding an exceptionally sharp knife as he casually chopped up fried tarantula bodies, squirted them with lemon, and then handed them out to expectant and nonplussed guests.

The Smithsonian Channel sponsored the event; in part to promote its short-form cooking series that explores the worldwide art of cooking bugs called Bug Bites. Yoon, along with David George Gordon, Omar Rodriguez and Megan Miller, is one of their featured chefs.

So some may say, ‘But Smithsonian, bugs are weird!’ 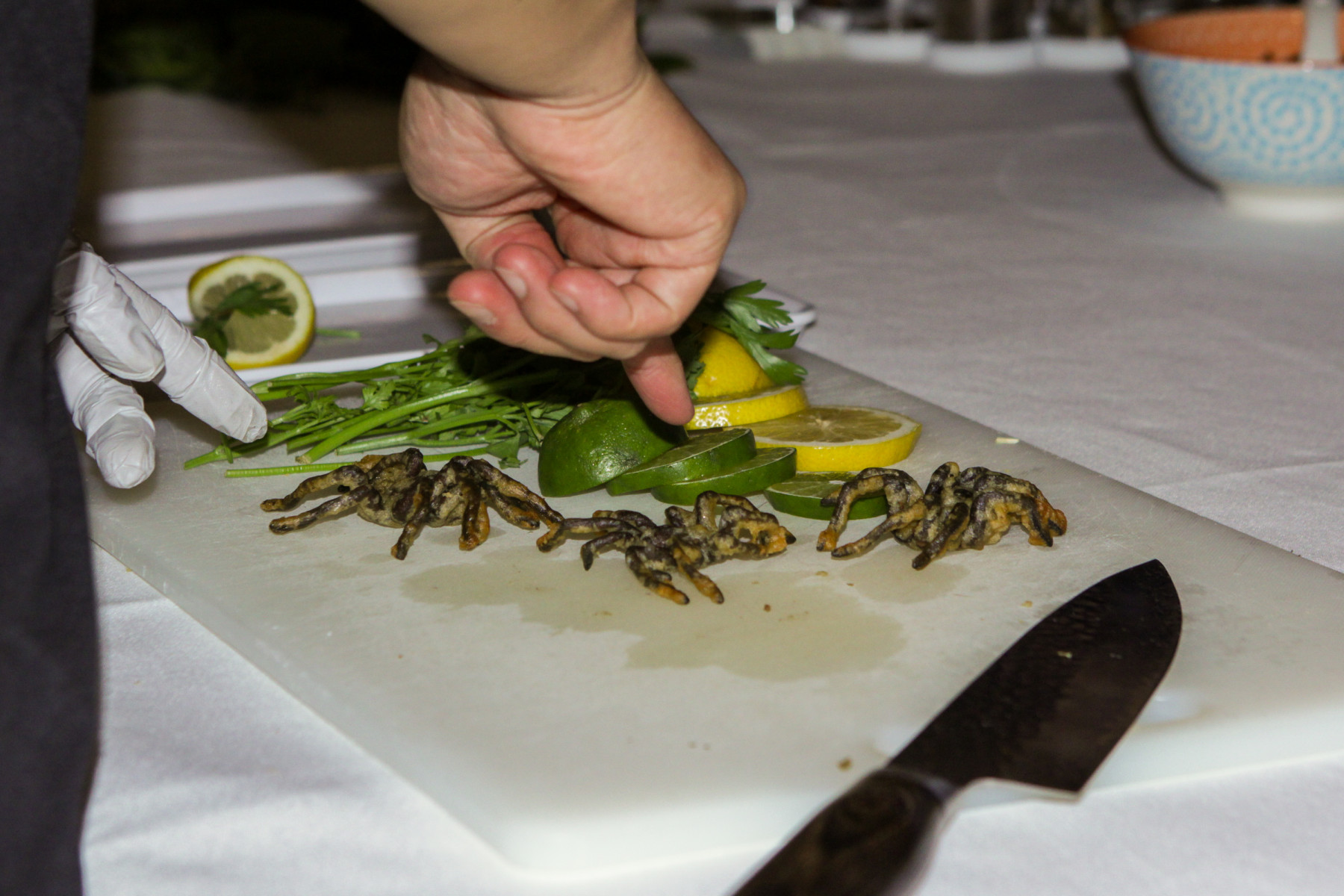 I hate to break it to you guys, but a solid 30 percent of the world’s population consume bugs as part of their everyday diet. Technically, us North Americans (and some Europeans) are the only ones left that haven’t gotten over the ‘yuck factor’. Certain insects, such as crickets, mealworms, and black soldier fly larvae, are exceptionally high in protein and nutrition.

Thomas Reuters, an innovative news agency, published an article on how alternative insect protein was in such a high demand globally that even the McDonald’s corporation is interested in getting in on it in the future.

“How do I feel about it?” said Leah Chaney, as she stood at her station blind-folding guests to see if they can tell which bread dips had worms in them, “It’s interesting because it has more flavor. It has an earthy, garlicky taste to it. I actually prefer it to the regular [non-bug] marinara one.” 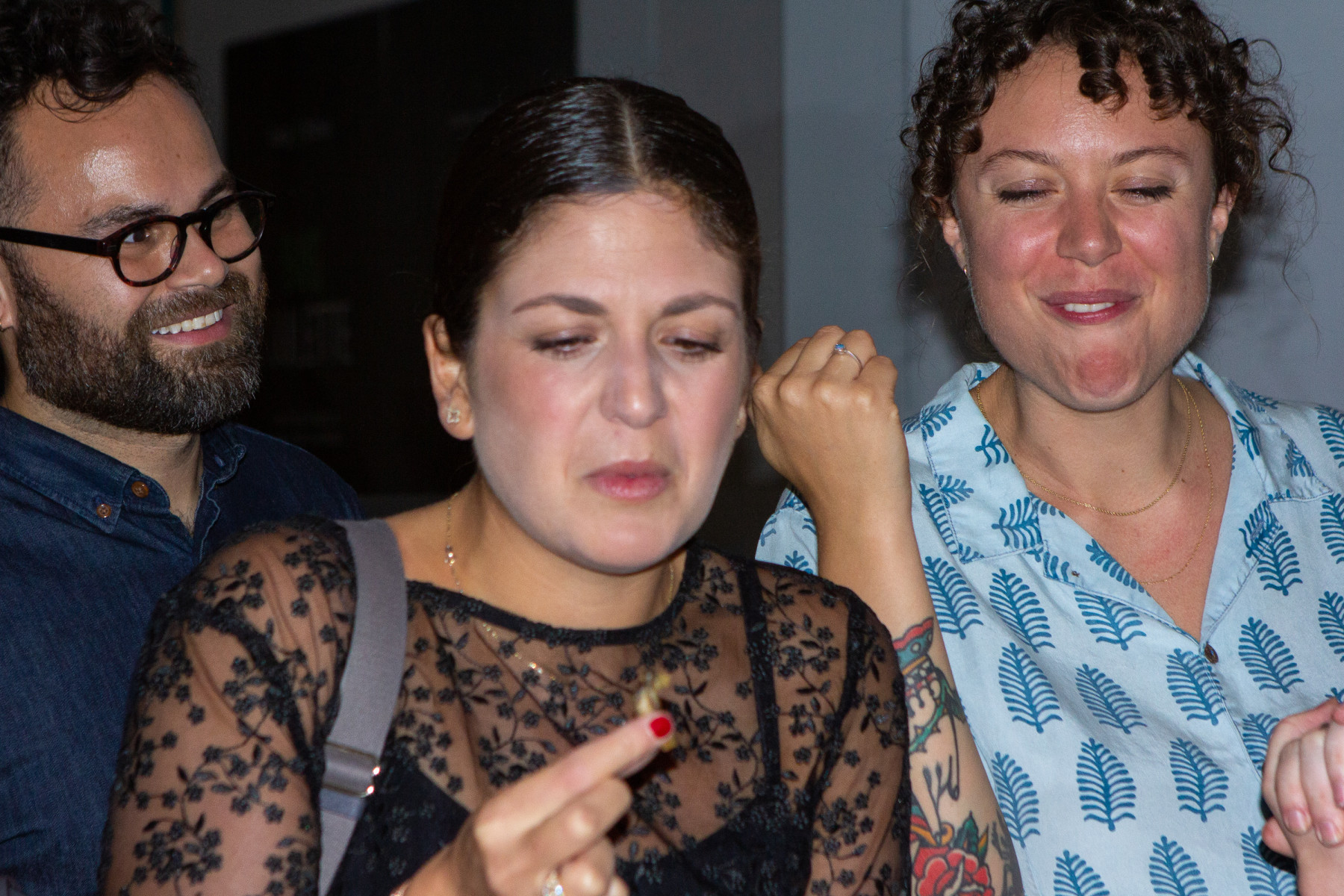 That sentiment seemed to be the consensus among most brave taste-testers at the gathering. After scooping up their cricket guacamole chips, black ant shrimp cocktail, or mini scorpion crab cakes, they would eye the food with distrust, then inelegantly shotgun it into their mouths like a tequila shot while scrounging their faces up. After the whole ordeal, they would inevitably comment that it was indeed, “not bad.”