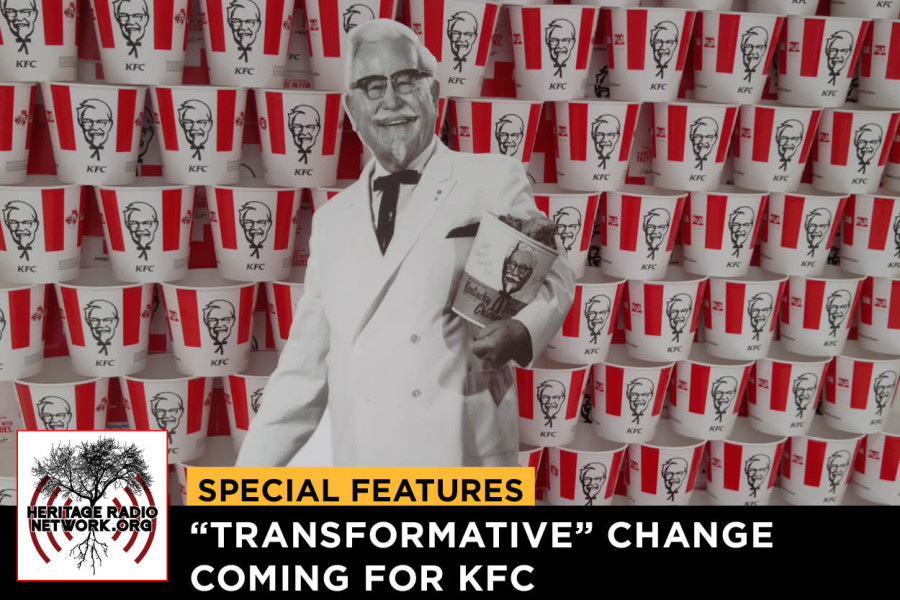 On April 4, 2016 at a New York City press event, KFC announced a transformative change, a seismic event so extraordinary that it threatens to shake the food world upside down:

Not to be confused with the word “recolonization,” this made up word was uttered by KFC USA president Jason Marker, an Australian guy who is leading the charge to make Americans care once again about a struggling southern fast food chain. It’s strange that nobody in KFC’s public relations thought “Re-Colonelization” a poor choice of words, given the company’s history of establishing itself in developing countries. In 1987, KFC was the first Western style fast food restaurant to open in China and has since become its crown jewel, with approximately 5,003 locations in China compared to 4,270 in America.

KFC is in trouble. Studies show that despite the company’s desperate desire to tap into their market,  three out of five millennials have never had KFC. Even the KFC president himself mentioned that feedback from KFC surveys have been, “Can’t remember the last time I’ve had KFC” or “Where is the nearest restroom? I need to throw up this KFC” (this last quote is made up, but it sounds plausible). To combat this, KFC wants to embrace its roots, central to its strategy of  “Re-Colonelization.” Looking to the past to embrace the future, KFC’s vows a “taste guarantee,” claiming that customers can get their meal replaced if they don’t like the food. In the next few years, they plan on remodeling 3,000 restaurants and a renewed focus on doing things “the hard way,” focusing more on improving food quality and recreating the original KFC experience.

But what exactly is the “hard way?” It almost feels that KFC was purposefully ambiguous in its descriptions. There has been little mention of ingredient sourcing, only a vague statement about using hormone free meat. Most of the new food announcements seems to be focused on the fact that KFC actually cooks its food; the fact that chicken is hand breaded and cooked on premise. This isn’t the first time KFC has made drastic changes to its brand. Due to increasing public concerns about health during the 1990s, the word “fried” was removed from the name, making KFC an acronym that technically doesn’t stand for anything.

It remains to be seen if this strategy will attract new customers, especially jaded millennials wary of large chains. KFC desperately wants to replicate the success of its international markets in America. But in these international markets, KFC represents a burgeoning middle class, a sign of global significance: not the low end grease trap serving questionable food that defines American KFCs. Will the increasingly savvy and health conscious American consumer care about Colonel Sanders? Probably not. But at least they can get their meal replaced if it sucks.