This fall, HRN is heading west to take in the sights, sounds, and tastes of Feast Portland. To gear up for our coverage of the festival, we’re bringing you a look into some of the weekend’s most anticipated events. 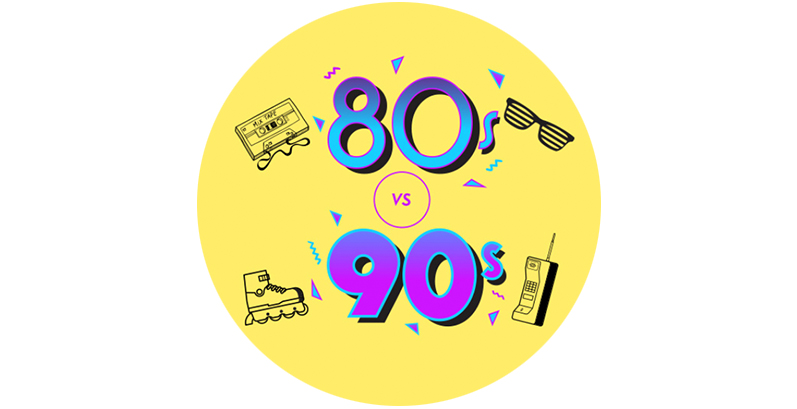 Fred Armisen and Carrie Brownstein once sang, “The dream of the 90s is alive in Portland.” While the city may be best known for its connection to the decade of grunge, flannel, and slap bracelets, Feast Portland is showing its appreciation for both the 80s and the 90s. They’ll bring back the era of cassette tapes, roller blades, and pagers through an epic culinary showdown. With the help of 20 of the hottest chefs from Portland and across America, Feast aims to jog our collective memory with unexpected takes on what was on the plate back then. Half the chefs will represent the 80s, and the other half the 90s. We caught up with some of the participating chefs to find out which foods of 80s and 90s make them most nostalgic.

Mason Hereford of Turkey and the Wolf, New Orleans, LA

I was pretty food obsessed from an early age – not so much cooking food, just eating it really.  The 90s was the formative decade of dining for me.  I grew up in the country in Virginia.  There was one gas station out there.  It was called Maupin Bros.  It had a microwave. I fucking loved it. I was eating snickers, Doritos, and microwave bean burritos for breakfast when my mom wasn’t looking and loving every second of it. I also loved going to the grocery store with my mom when I was a kid (in the 90s).  We were packed-lunch kids in the early years, and you bet your ass I was packing Dunkaroos and Shark bites, rippin’ Squeezits and CapriSuns, and eating those cheese and crackers with the red stick every chance I had. I’m not sure what the after-school snack foods are these days, or what they were before my time, but the 90s nailed that shit. 90s junk food has undoubtedly informed my love for food and the way I cook it.

Maya Lovelace of Mae and Yonder in Portland, OR

Nostalgia has always been an important part of pop-culture and food, but the food and drink of the 80’s and 90’s was captured beautifully and in STUNNING detail through the multitudes of television advertisements, home videos, late-night tv sketches and viral videos and gifs that were loud, colorful, and fun.  Suddenly, food pop-culture relied less on word-of-mouth communication and cookbooks – it went global.  People cherished not only their own vibrant memories of childhood snacks and ridiculous birthday cakes, but also those of other folks they’d never even met.  We were blessed with training videos from Wendy’s, Burger King Kid’s Club ads, and Bagel Bites commercials.  Everything was loud and colorful.  Now, decades later, these bits of food media have been preserved through our gigantic time-capsule, the internet.  80s and 90s food nostalgia isn’t only buried in our memories, it’s a cultural phenomenon being witnessed and absorbed by people who weren’t even around to see those tv spots when they first aired

Gregory Gourdet of Departure in Portland, OR

I think the sheer mix of culinary trends and their time stamp on our lives is what makes these foods so important. Some of these dishes like hot pockets carried on way past their 80’s debut impacting people’s youth, college years and even adulthood. In the 90s fusion cuisine helped introduce global flavors to fine dining before the internet completely took off and connected us. A very interesting part of these foods is what legacy they either started or left behind.

From memories of hot dogs at baseball games to that salisbury steak that grandma made, nostalgia links our childhood memories to our adult cooking skill-set and is great excuse to get out of the daily grind and share some our “guilty pleasures!” Fortunately, the 80s and 90s had some pretty interesting food culture to inspire us!