Soul by Chef Todd Richards is a new podcast from HRN that explores the roots of southern food throughout the country and why food itself is a religious experience.

Join Todd Richards, cookbook author, chef, and your host. On Soul we'll take the understanding of Southern Food - and its own soul - a few steps further as we lift up Black voices in the industry and around the world.

Gather around the table and join us as we go to church with food. Subscribe to Soul by Todd Richards on your favorite podcast app (Apple Podcasts | Stitcher | Spotify | RSS). 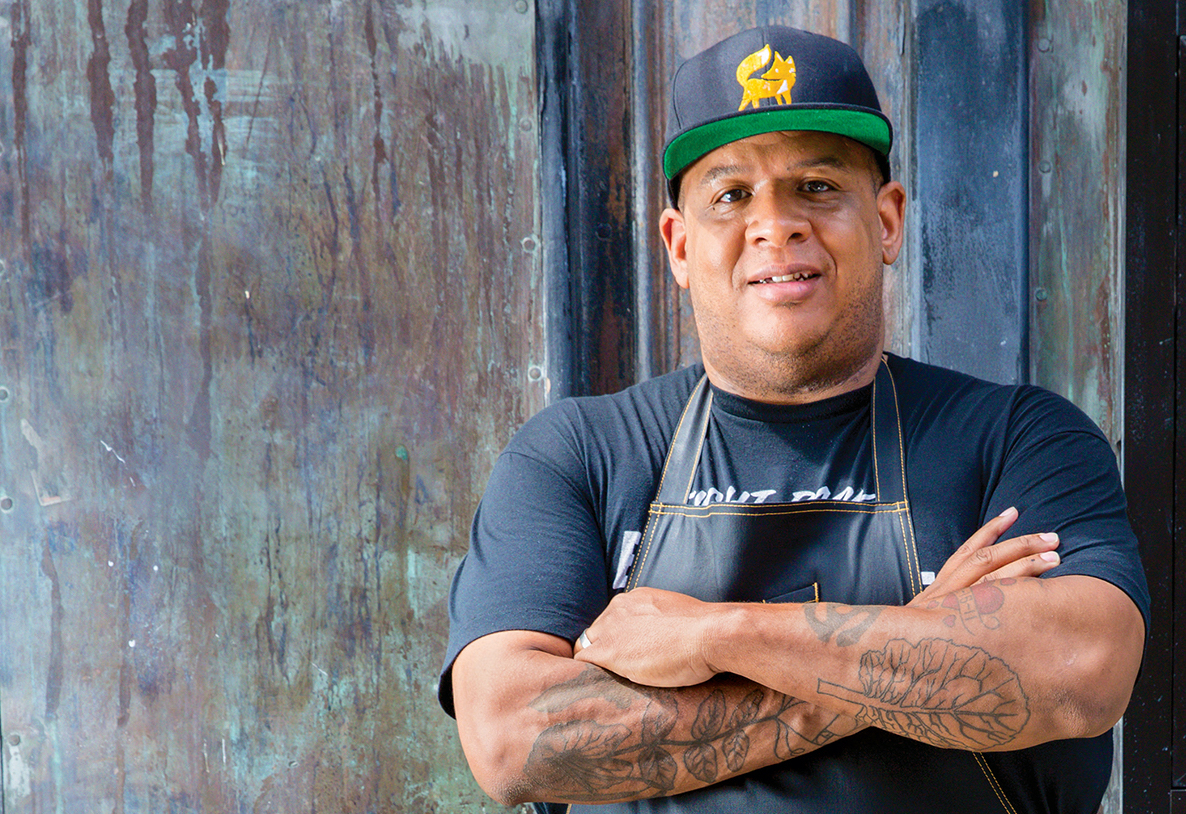 Founder, The Soulful Company Restaurant Group: Lake & Oak Neighborhood BBQ and the upcoming Soul: Food & Culture. Author of SOUL: A Chef’s Culinary Evolution in 150 Recipes. Chef Todd Richards is an award-winning chef known for his contemporary cooking style rooted in Soul & Southern cuisines. A native of Chicago, and based in Atlanta since the early 1990s, Richards is a self-taught chef and two-time semifinalist for James Beard Foundation Awards - Best Chef: Southeast.

Richards is the co-owner of The Soulful Company Restaurant Group, overseeing Lake & Oak Neighborhood BBQ in the East Lake neighborhood of Atlanta and Soul: Food & Culture inside of Atlanta’s famed Krog Street Market. Chef Todd previously helmed the kitchens of prestigious hotels and restaurants including The Shed at Glenwood, The Pig & The Pearl, Rolling BonesBarbecue, White Oak Kitchen & Cocktails, The Four Seasons Hotel Atlanta, The Ritz-Carlton (Atlanta, Buckhead and West Palm Beach), Villa Christina and the Oakroom at the Seelbach Hotel, which garnered the prestigious AAA 5 Diamond Award for restaurant excellence under his tenure.

Chef Richards’ debut cookbook, Soul: A Chef’s Culinary Evolution in 150 Recipes (Time Inc., Meredith Corporation), was released to rave reviews in May 2018. Within the book, James Beard Award-nominated Chef Todd Richards shares his personal culinary exploration of soul food. The book was named the winner for the International Association of Culinary Professionals’ 2019 Cookbook Awards and is hailed as one of Garden & Gun's Best Books of 2018 as well as Amazon's Best Cookbook of 2018. The book has also been included in the Publisher’s Weekly Best Cookbooks of 2018, Food52’s Favorite Cookbooks of 2018, The Atlantic’s Best Cookbooks of 2018, and Grub Street (New York Magazine)’s Best Cookbooks of 2018. Chef Richards is the 2019 IACP Award winner in the American Cooking Category. He is also the winner of the 2019 INDIES Cooking Awards. He was also nominated for the Georgia Author of the Year award in 2019. He has been featured in The Washington Post, The New York Times, Bon Appetit, Food & Wine, People Magazine, and Esquire.

Chef Todd is an active Board Member of Wholesome Wave Georgia, a member and supporter of the Southern Foodways Alliance, and is a founding council member of the Atlanta Food & Wine Festival. Richards also hosts the podcast Soul with Todd Richards on the Heritage Radio Network. He resides in Atlanta with his wife, family, and beloved dog, Cinnamon. 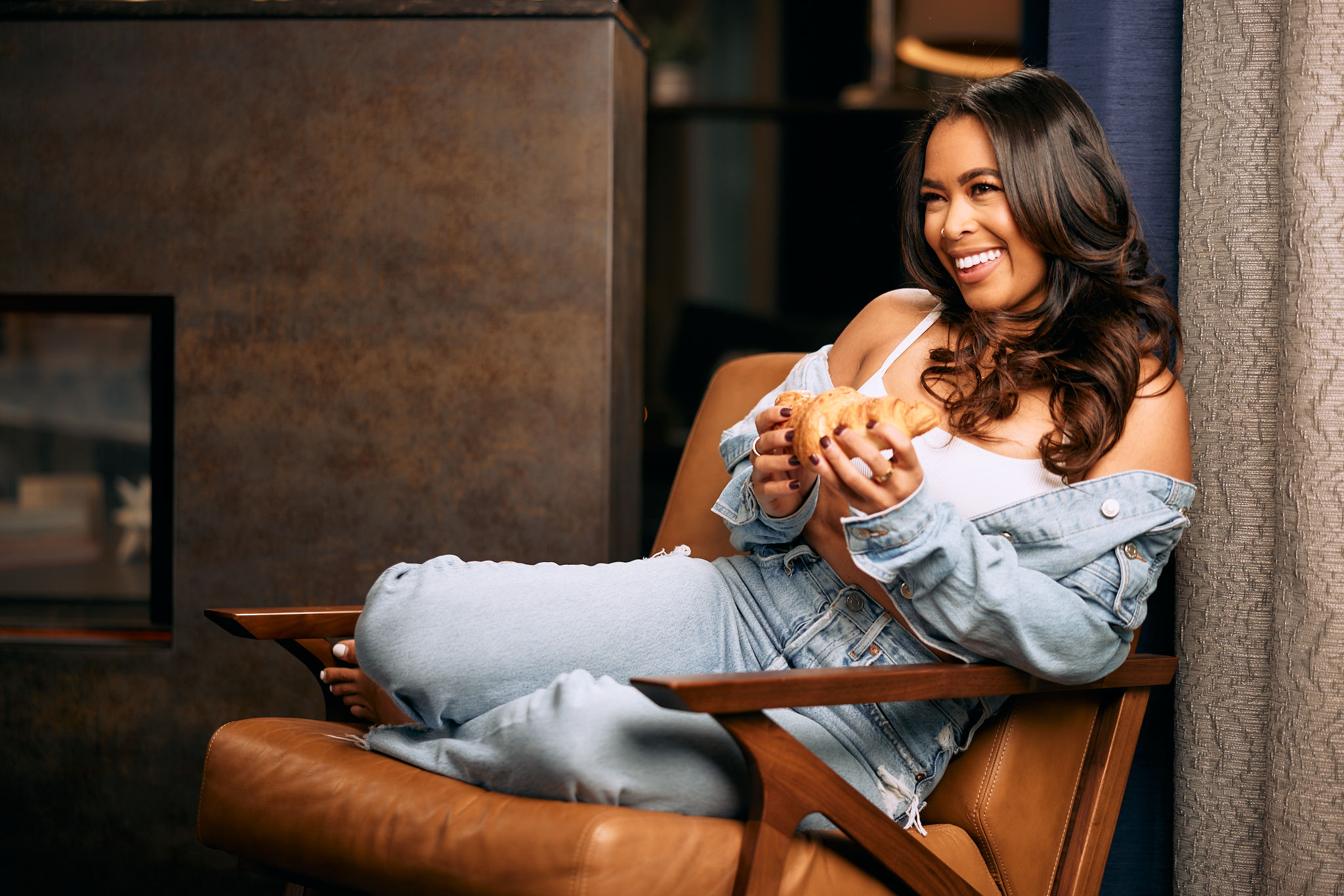 We've got a special holiday treat for Soul listeners. This is one of 4 episodes we recorded earlier in the year. Together they cover a wide range of topics celebrating the rich history of Afro-Cuisine, and tell the story of this cuisine through the eyes of diverse food culture. Chef Stephan Durand...

We've got a special holiday treat for Soul listeners. This is one of 4 episodes we recorded earlier in the year. Together they cover a wide range of topics celebrating the rich history of Afro-Cuisine, and tell the story of this cuisine through the eyes of diverse food culture. In the past 15 years... 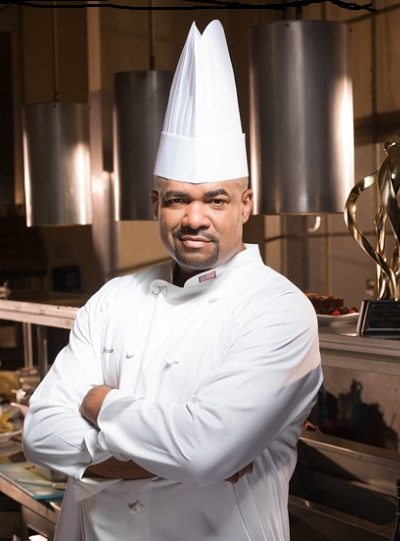 Chef Daryl Shular has had a rich career in the culinary industry as Founder of Shular Hospitality Group. 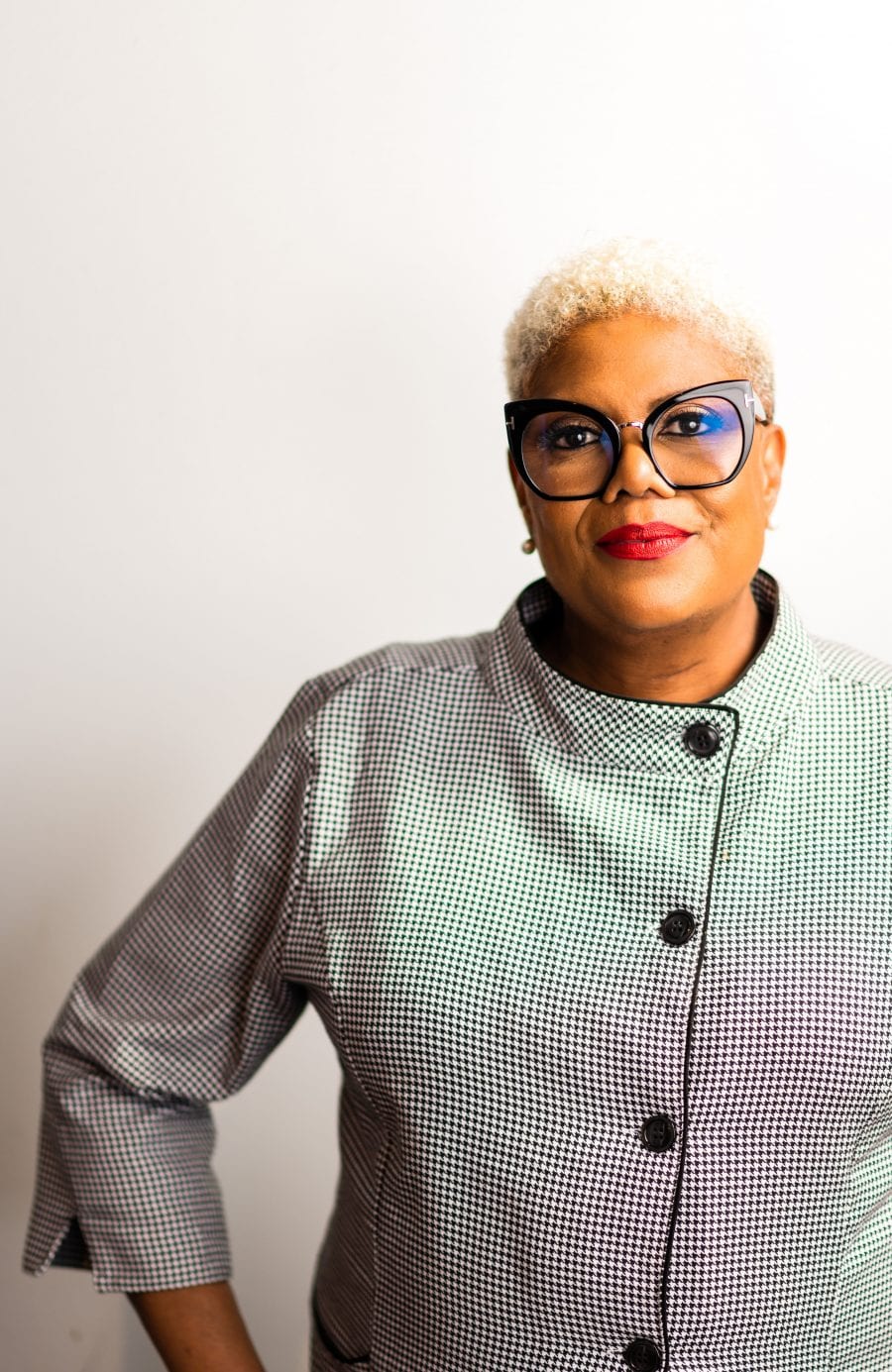 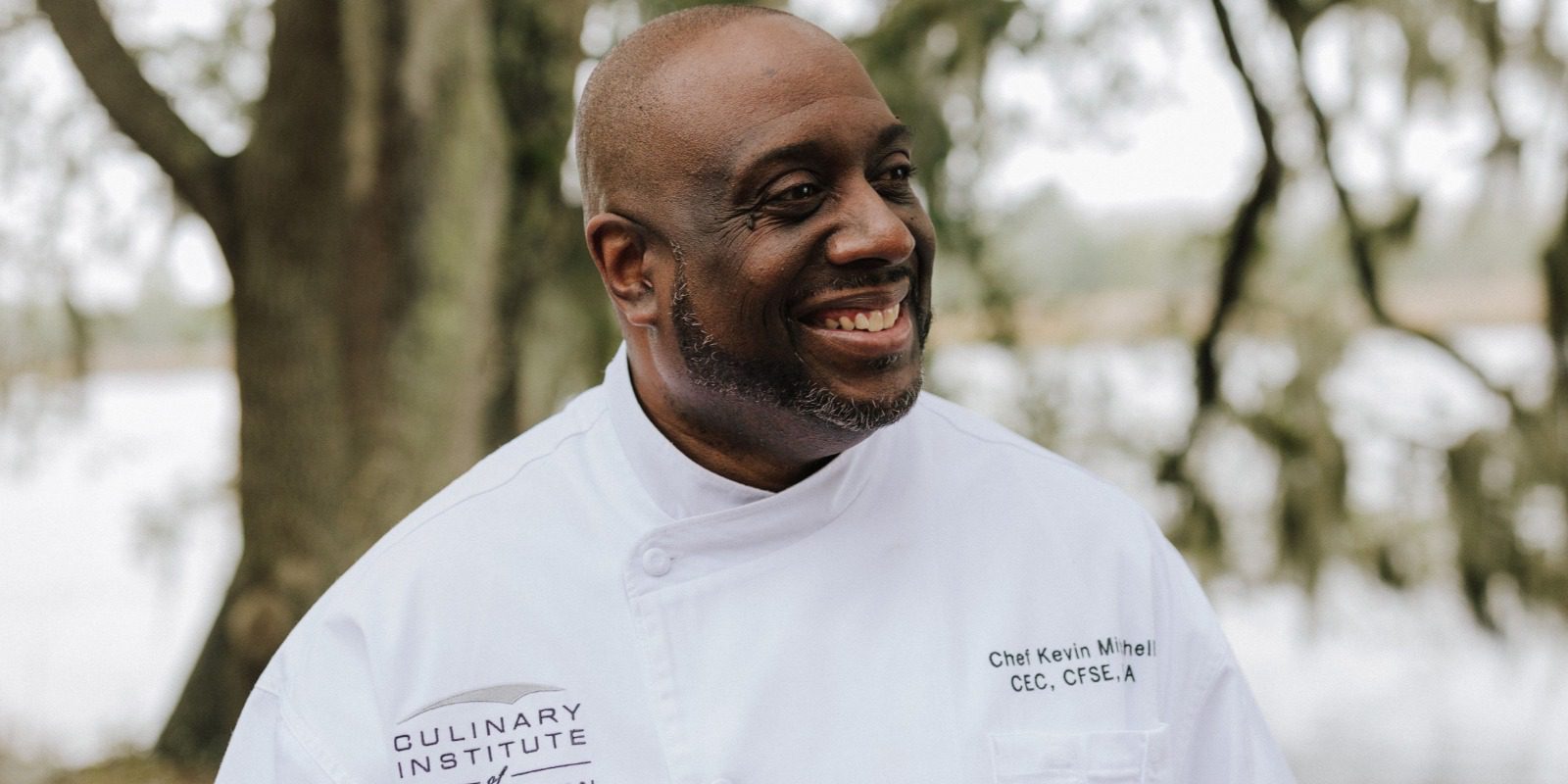 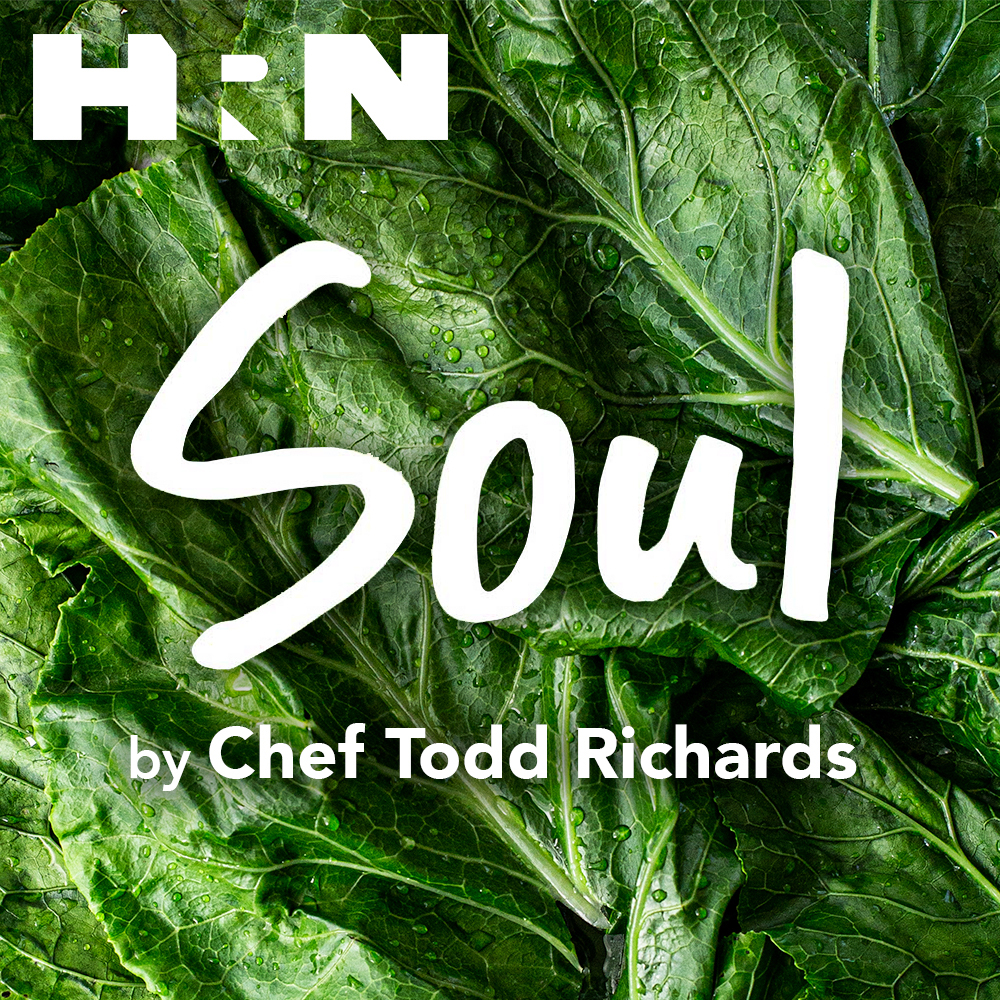 Donate 1% of Your Check to HRN

Donate 1% of Your Check Join Chef Todd Richards in the movement to educate and empower eaters. Heritage Radio Network...