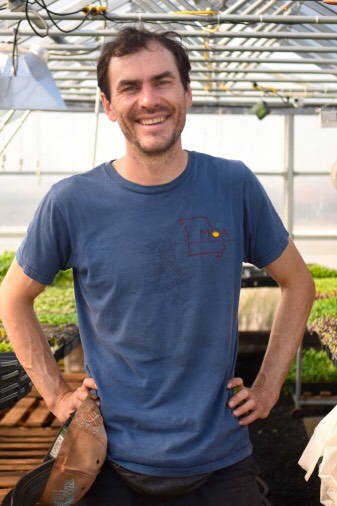 Ben Flanner is founder and CEO of Brooklyn Grange Rooftop Farm. He’s been on HRN dozens of times and always offers insightful, revolutionary, and pioneering ideas. He was also with us when we built the garden on top of the HRN studios! Ben is widely considered a pioneer for his groundbreaking model, which adapts existing green roof technology to intensively cultivate vegetables, beginning with Eagle Street Rooftop Farm, a pilot project on a 6,000 square foot Brooklyn roof. In 2010, he and his partners launched Brooklyn Grange, a commercial scale urban farming business, eventually expanding to 2.5 acres. Ben makes sure the business remains as fiscally sound as it is ecologically healthy.