Is It Possible to Drink Sustainably?

Lou Bank has sold more copies of a single comic book than anyone else in America. He helped bring Pokemon to the masses, Star Wars to the cereal aisle, and Morimoto to the beer geeks. But you’re here because he also became an expert on agave spirits; founded SACRED, a nonprofit supporting communities in rural Mexico where agave spirits are made; and co-hosts Agave Road Trip, a podcast helping gringo bartenders learn about agave spirits.

Most recently Lou began working with 818 Tequila via 1% for the Planet. With 818 Tequila's support, SACRED has embarked on the creation of a library in Zapotitlan de Vadillo, Jalisco. It's constructed from upcycled materials that have been turned into adobe bricks and will include resources devoted to heritage agricultural practices.

We'll let Lou explain the rest! Below we talk with him about the project, the inception of SACRED, whether it's possible to drink sustainably, and the difference that 1% can make. 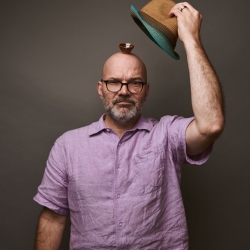 HRN: Tell us about SACRED and your role there.

Lou Bank: The purpose of SACRED is to help improve quality of life in the rural Mexican communities where heritage agave spirits are made. I started SACRED when I was asked to help raise money for a couple of local community projects in Santa Catarina Minas, Oaxaca. That’s one of the things I do for a living — fund-raise for not-for-profits. When I visited Eduardo Angeles of Lalocura in Santa Catarina Minas and saw how he makes agave spirits — what he and his forefathers would call mezcal, but what the Mexican government says is not mezcal — I recognized that there was something there that was important. So when I was asked to help, I helped. I’m not a guy who likes to say “no."

HRN: What immediate and long term issues is SACRED confronting with its work?

Lou Bank: The overarching issue that SACRED deals with can usually be traced back to consumption patterns in the world outside of rural Mexico. We want more tequila and more mezcal, and that’s putting tremendous pressure on these communities. It’s at once overburdening their resources and also converting them to be more like us — which puts at-risk the multi-generational wisdom that I think we are going to need in order to solve problems like water insecurity, food insecurity, and climate change.

HRN: How did you get connected to 818 Tequila? What does it mean to be a part of 1% for the Planet?

Lou Bank: Well, first, it’s an honor to be part of 1% for the Planet — to have been vetted by them as being among the not-for-profits that are tackling the most pressing environmental issues of our time. And it’s an honor to have been chosen by 818 Tequila to be one of their key partners in making the planet a more hospitable place.

818 signed up to be members of 1% for the Planet long before we ever met them — before we ever heard of them, even. Their staff went looking for not-for-profits whose mission dovetailed with their objectives, and they found us in their search. They sent 1% for the Planet to us, to vet us through an anonymous nomination process. Never in my wildest dreams did I imagine that this, in essence, hobby of mine would get recognized by a company the size of 818 Tequila, nor that it would receive the kind of funding we are now receiving. They are making it possible for us to provide larger resources to more communities. I never thought we’d have the funds to build an entire library, let alone for that to be just one of a half dozen projects we’re working on at the same time.

HRN: SACRED and 818 are working together to transform agave byproducts into adobe bricks. How does that work and what are the benefits?

Lou Bank: Well, there are a bunch of benefits to making adobe bricks using the byproducts of tequila production: the agave fibers and the vinases. First, those byproducts aren’t adding to the waste society produces — they’re being up-cycled into bricks, which also reduces the consumption of the alternative ingredients that would be used otherwise.

But, to my mind, the bigger benefit is what those bricks are being used to build. Making bricks from waste is great, but making infrastructure with those bricks is where I see the real impact. So, as noted, we’re building a library in Zapotitlan de Vadillo, Jalisco. It’s a community that operates using a lot of pre-industrial methods in their day-to-day operations, but many of those practices are being subsumed by our industrial world.

The monoculture fields of blue weber agave are encroaching on the community, which is certainly an environmental strain, but also … that becomes a visual cue to the children in the community that This Is The Future. And that future, to my mind, isn’t sustainable. What they have been doing in that community — the agricultural traditions that are still practiced in much of the community — that *needs* to be the future.

This library that we’re building, it’s being housed at a local middle school. It’s going to also serve as additional classroom space for the school. And there will be a section of the library that is devoted to these heritage agricultural practices — to books that document the practices but also visual elements that highlight the importance of these practices.

I think what that does is, it sends a message to these children —a message that contradicts what they see in these monoculture fields. And the fact that it’s made from adobe bricks — bricks made by locals we’ve hired — sends another message. The tradition of building with adobe is also disappearing from the town. Now, at the suggestion of the community, we’re planting a 4,000-square-foot adobe structure that celebrates traditional agriculture smack in the middle of a middle school. I don’t know about you, but the years I spent in middle school were highly influential to what happened to me the rest of my life. My great hope is, this structure does the same.

And that’s just one of the projects we’re making with the adobes. I don’t want to turn this into a textbook, so I’ll just say, check the SACRED website or social-media feeds to see the other projects. Those bricks are going to have a huge impact.

HRN: What is one thing you want more people to know about drinking sustainably?

Lou Bank: The thing I want people to most know about drinking sustainability is that … you can’t. Or, rather, it’s the rare person who can drink sustainably. Almost nothing is sustainable that isn’t subsistence farming.

Anybody accessing this post is doing so on a device that was likely made using minerals that were harvested from some of the most abused parts of the world — abused *because* of the minerals that make the device work. We are, each of us, leaving a wake of damage behind us. So we should be mindful of the decisions we made, to both minimize the damage we are doing and also to mitigate the damage where possible.

It’s going to be a long, hard road to get to the point where we actually are, as a society, consuming in entirely sustainable ways. We’re not going to get there by trying to turn around immediately. That’s simply unrealistic. Look for decisions you can make that are five percent better, ten percent better. Or, you know, one percent better.

If each of us, as individuals, could make that much change, every year — if we could make a five percent improvement in our consumption, year-on-year — it would only take a couple decades to turn the ship around, so to speak. To be headed in the direction of sustainability. 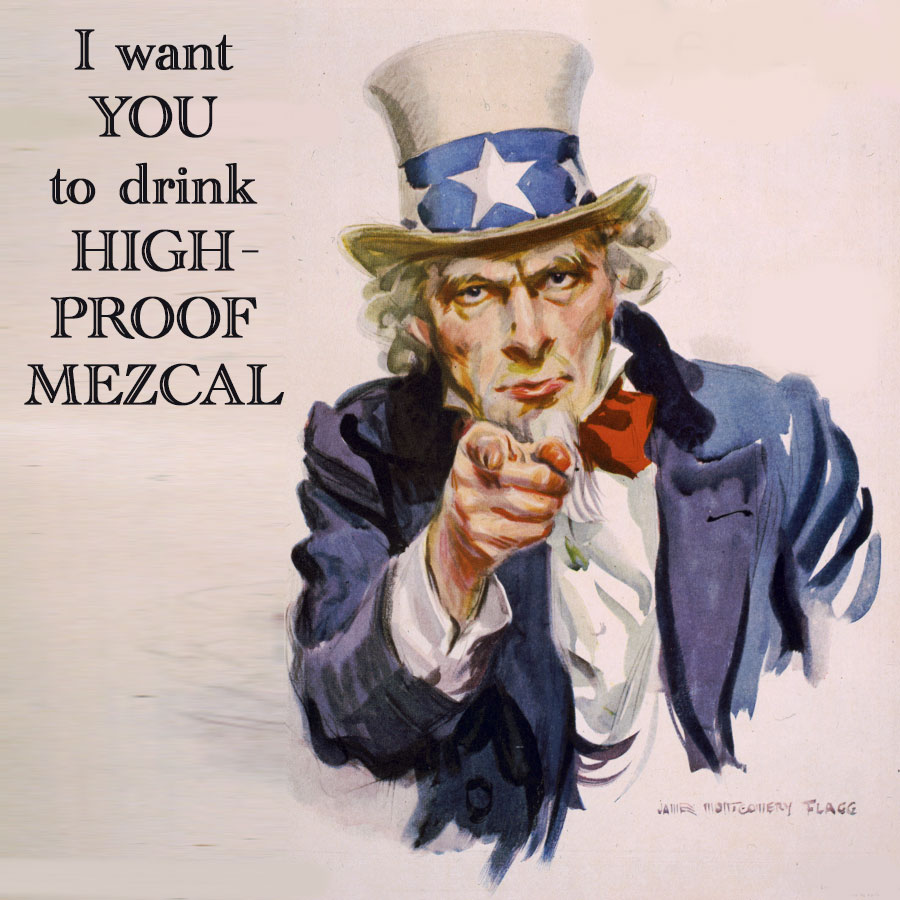 Why Does Mezcal in the USA Have a Higher Minimum ABV than Mexico?

Mexican regulations require an agave spirit to fall between 35% and 55% alcohol by volume (ABV) to qualify for certification as mezcal. But in the USA, the TTB requires that same spirit to be a minimum of 40% ABV to qualify as mezcal. Why? Well, who knows? Not us! But that doesn’t stop us from... 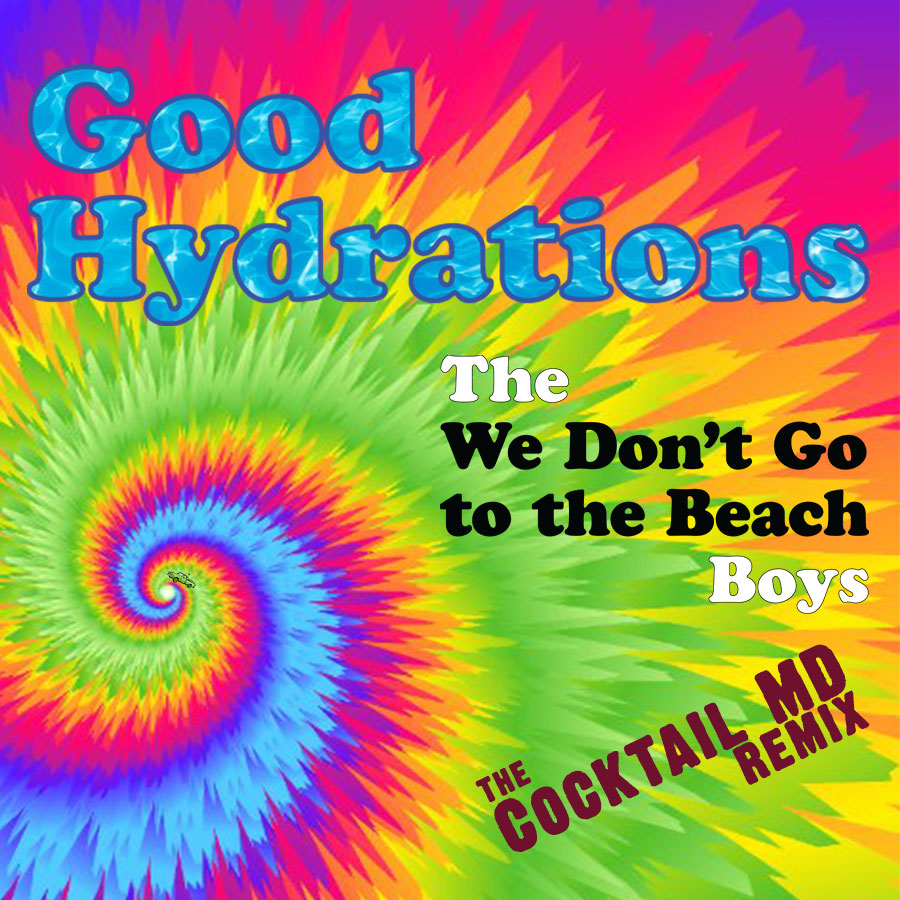 Does Mezcal Help You Hydrate?

Since mezcal is often around 50% ABV, that means it’s also around 50% water. Does that water help hydrate you? What about the water in beer, which is often around 95% of that pint. And coffee? That’s more than 99% water. So … what exactly is the deal with hydration? We’re under water in this episode... 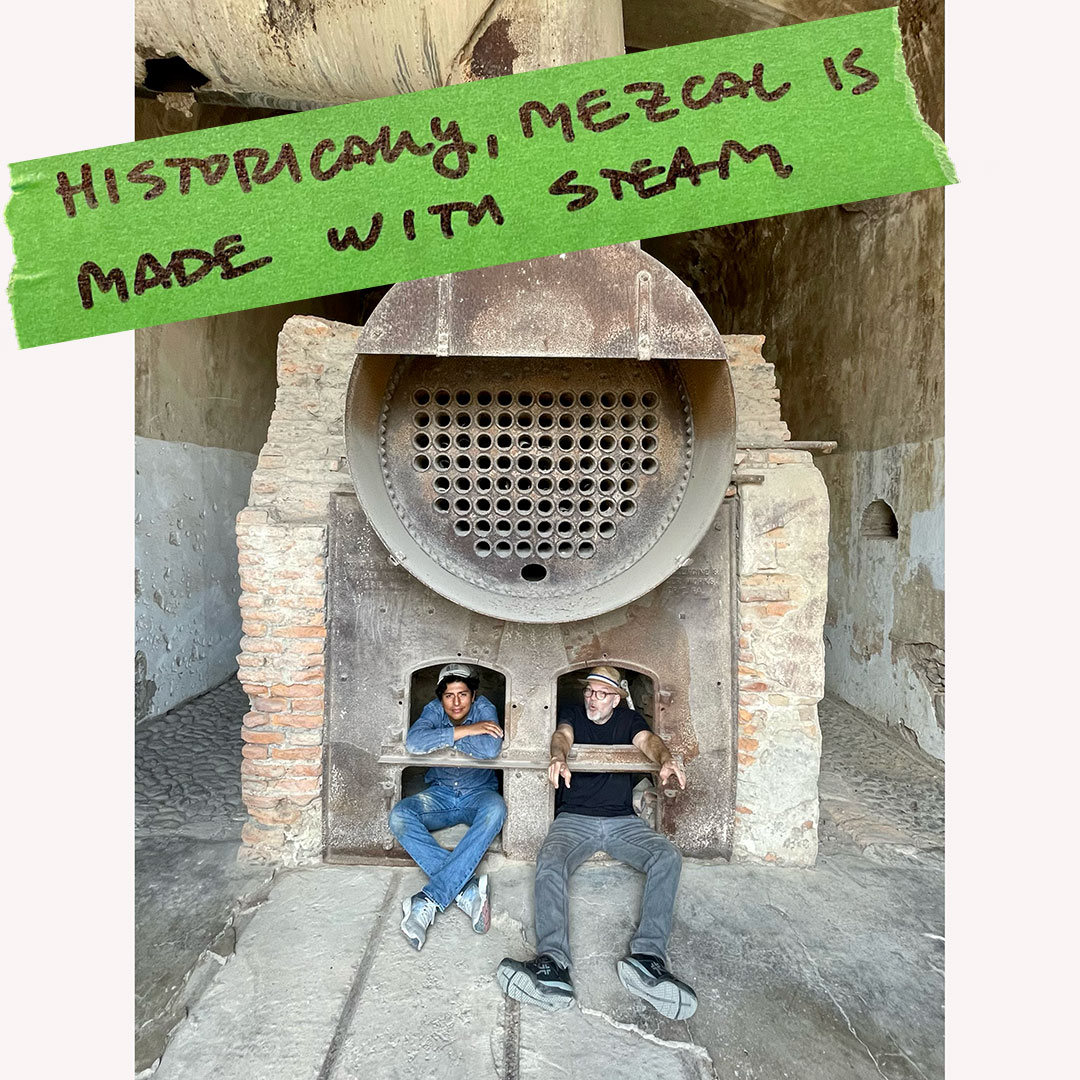 Historically, Mezcal is Made with Steam

Read almost any of those “differences between tequila and mezcal” articles, and they’ll tell you that tequila steams their agave, mezcal roasts it underground. But in the cover to this week’s episode, you can see Chava and me sitting in the skeleton of a century-old boiler at an even older mezcal... 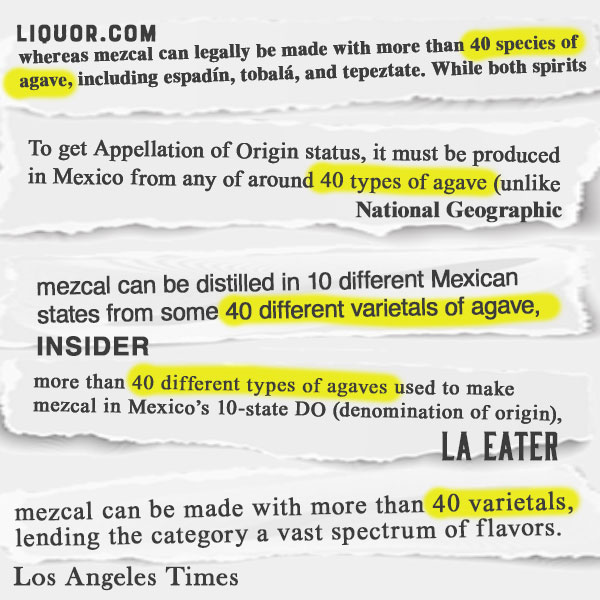 How many different kinds of agave can be used to make mezcal? Well, heck, that’s easy: the regulations allow you to use any of them. So why have there been so many articles saying it’s “more than 40”? When 159 species … species … have been identified in Mexico?! We take the media to task in this... 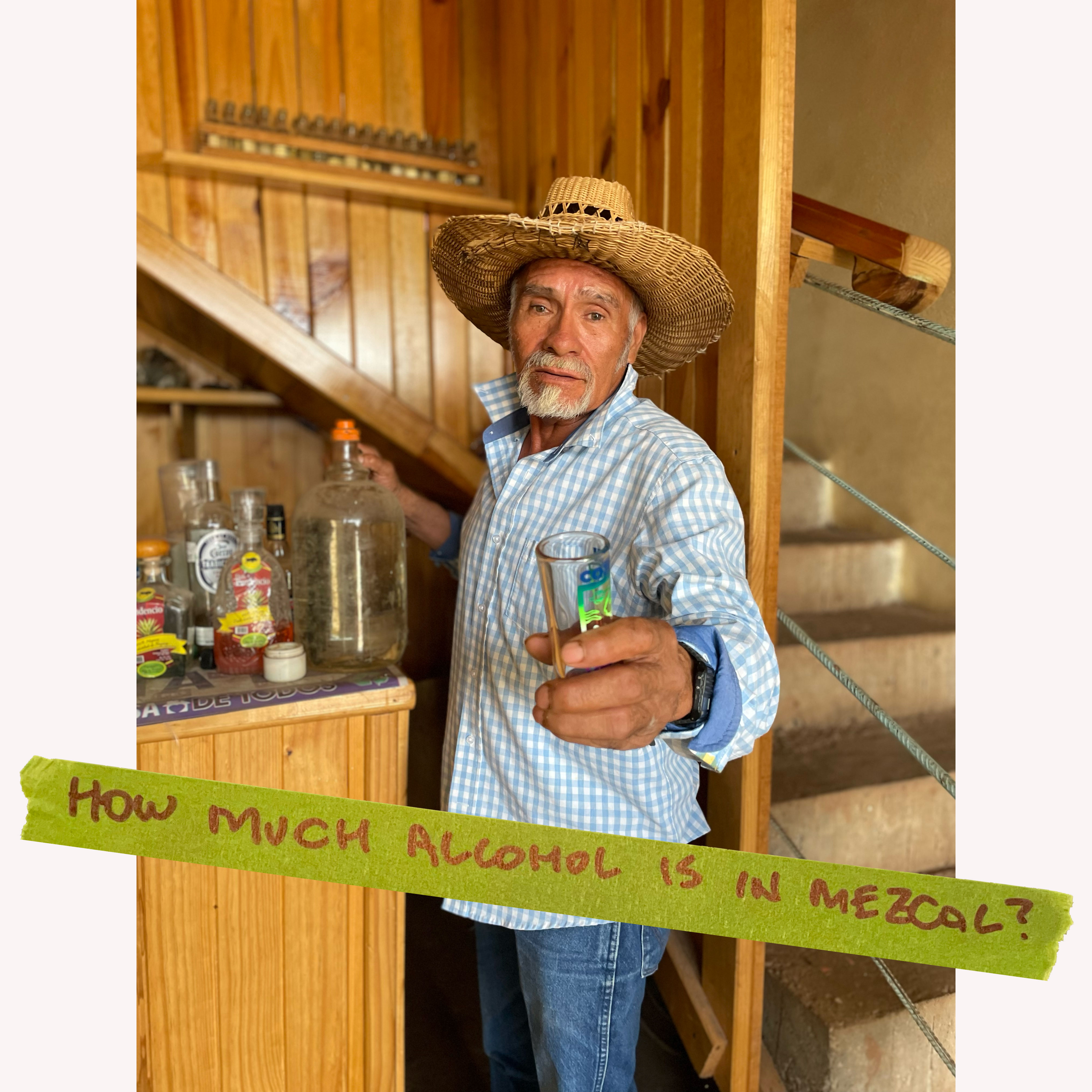 How Much Alcohol is in Mezcal?

If you hang around a certain crowd, they’ll tell you that mezcal needs to be at least 50% alcohol by volume to be true to the cultural heritage of the spirit. And while that is certainly true in some communities, Mexico is not homogenous. We geek out on some 28% ABV mezcal in this episode of Agave... 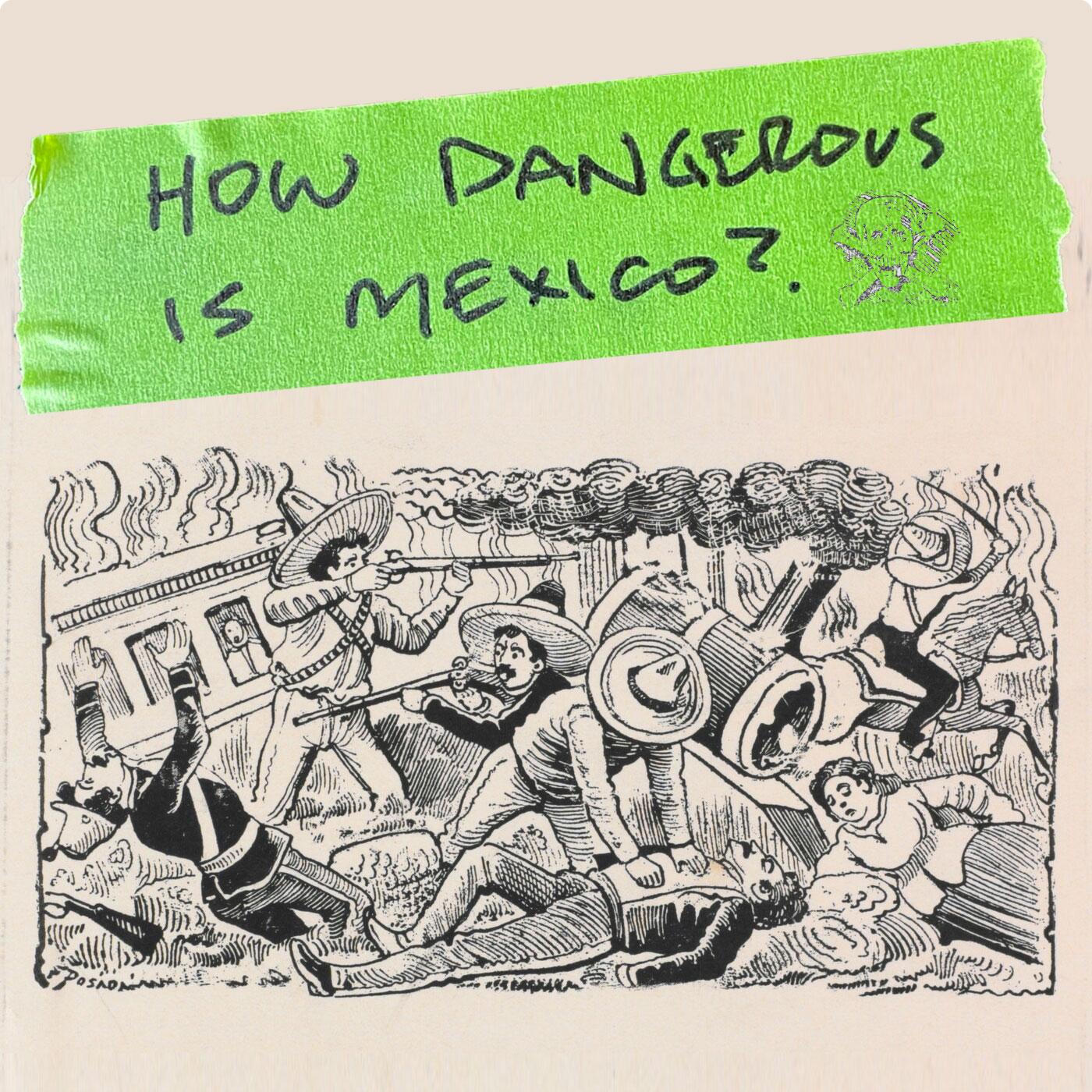 How Dangerous is Mexico?

When I tell people about my trips to Mexico, it's not uncommon for them to ask how dangerous it is. Chava and I debate the relative threats of Mexico in this not-approved-by-the-US-Department-of-State episode of Agave Road Trip! Episode Art Courtesy of Jose Guadalupe Posada Find extra photos and... 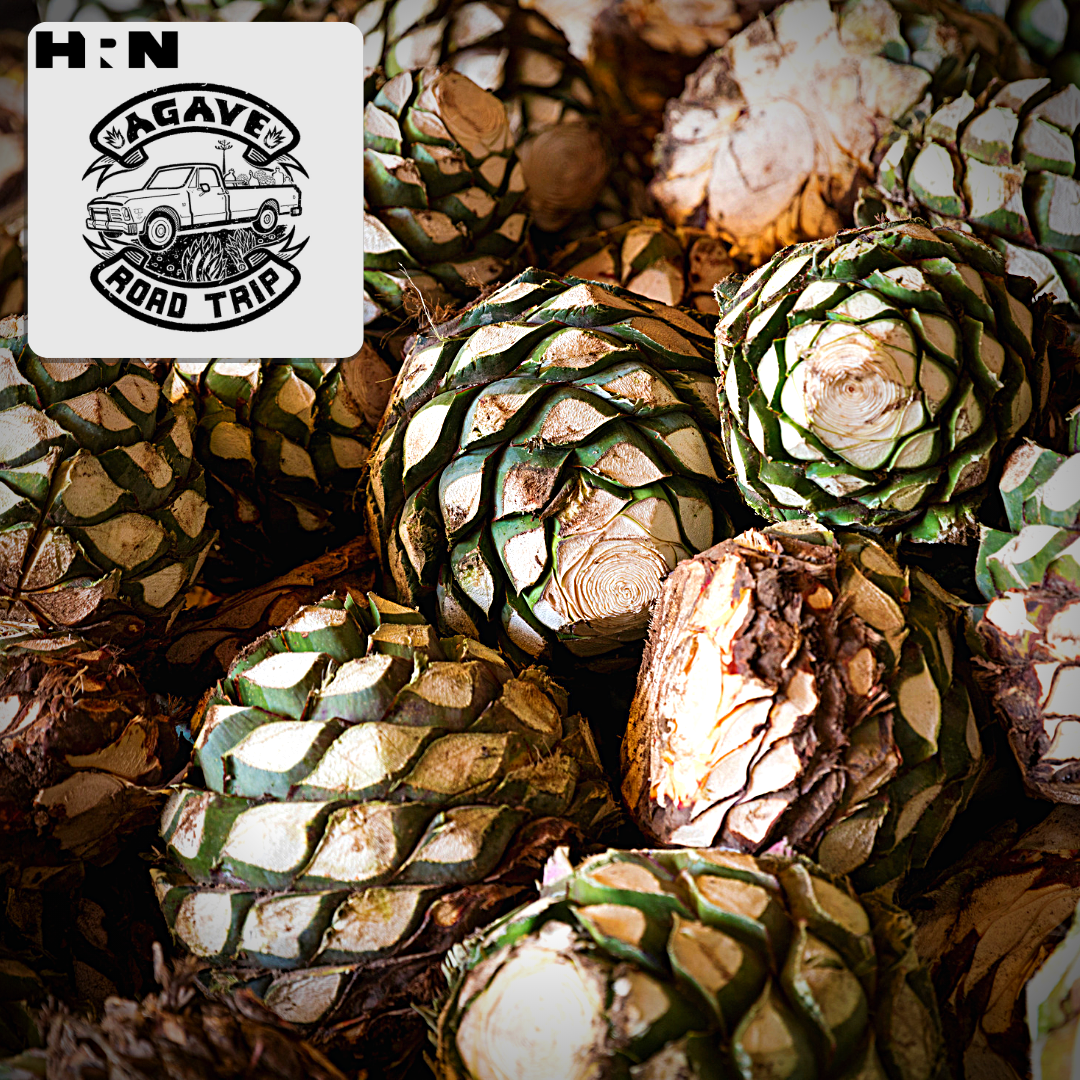 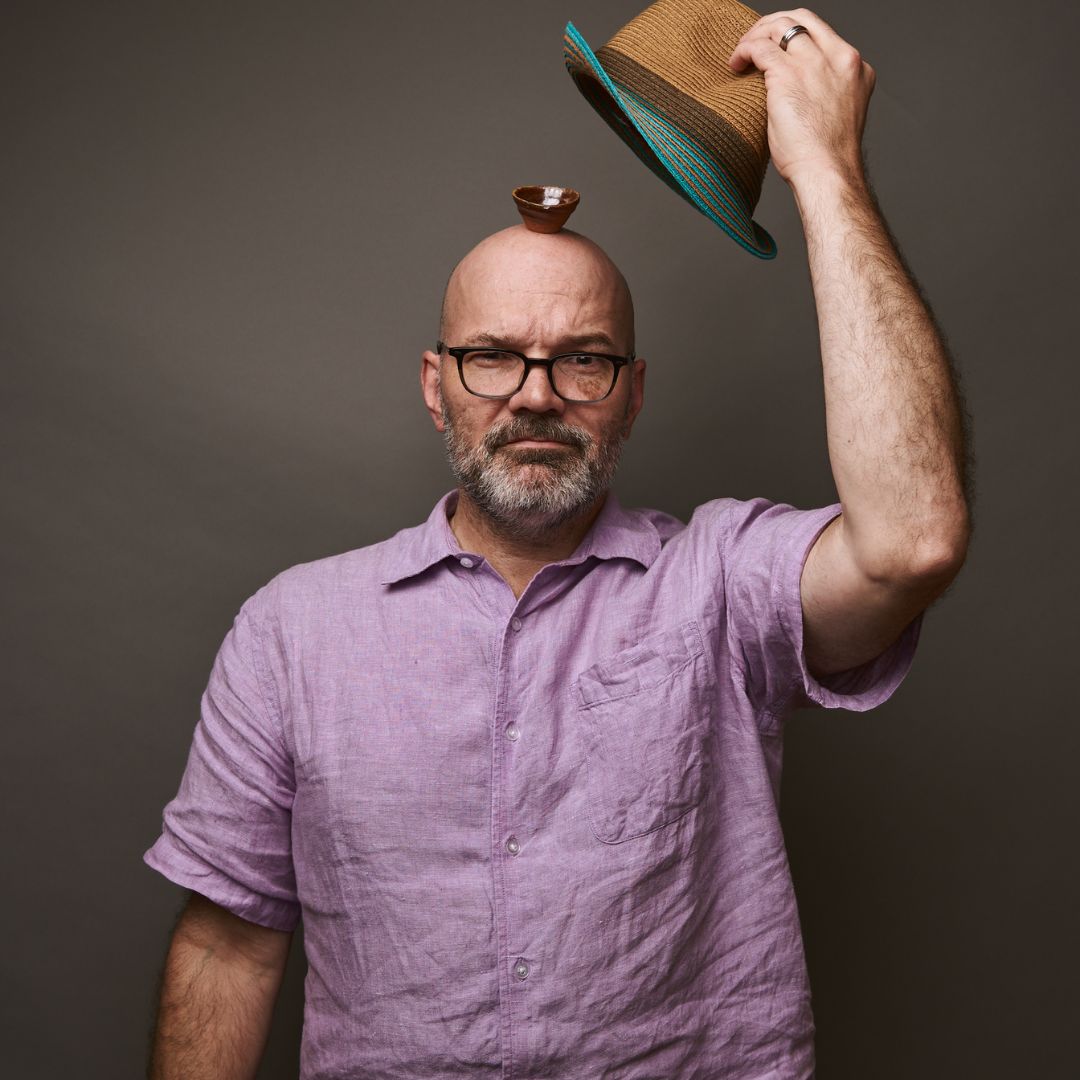 Is It Possible to Drink Sustainably? 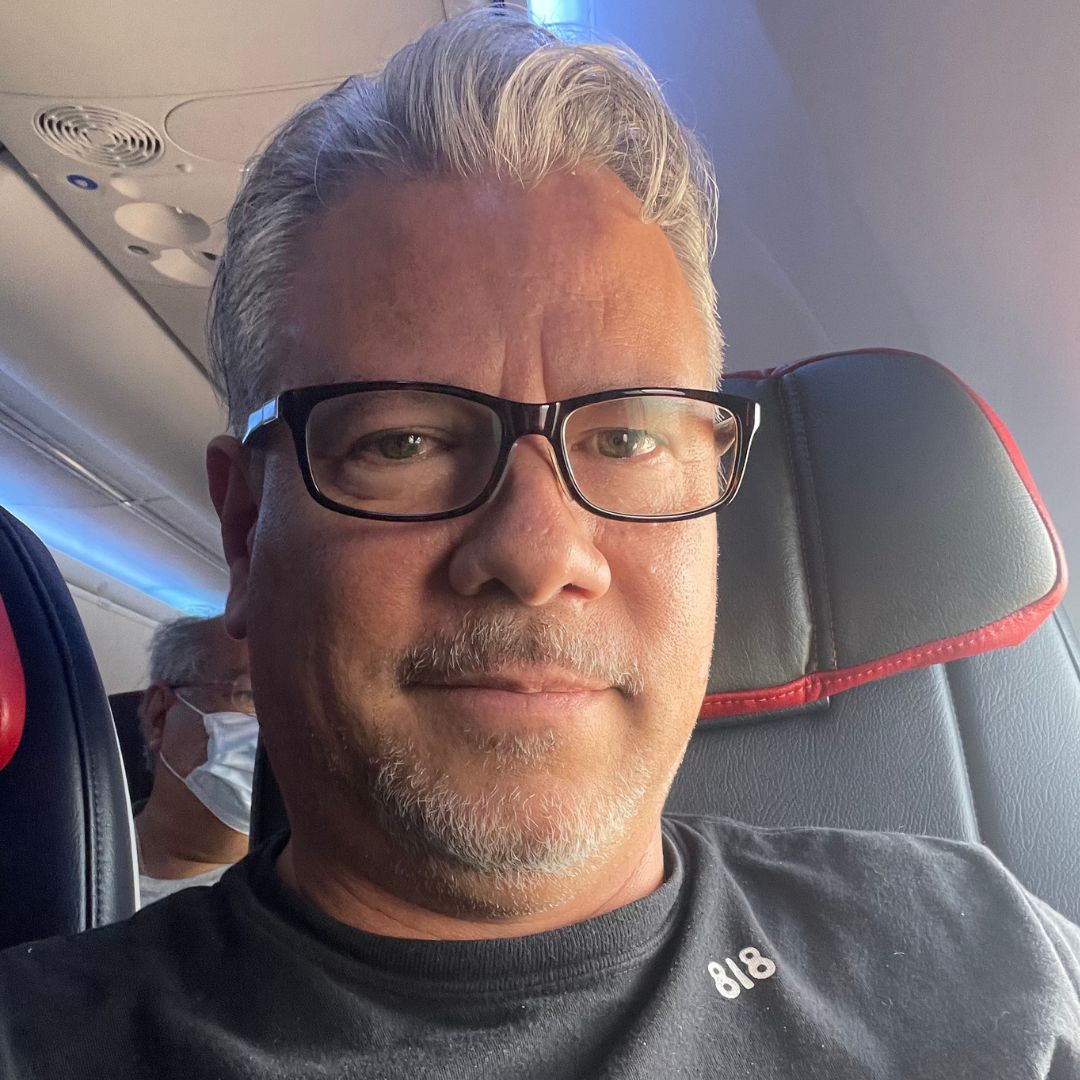 Meet a Director of Tequila Operations (and sign us up!)