In the second half of the show, Philadelphia harpist Mary Lattimore delivers an exclusive in-studio performance. Mary has performed and recorded with such artists as Meg Baird, Thurston Moore, Sharon Van Etten, Jarvis Cocker, Kurt Vile, Steve Gunn, Ed Askew, Fursaxa, and Jeff Zeigler. She has been a part of soundtrack projects including Valerie and Her Week of Wonders, Lopapeysa, a film by David Kessler set in Iceland, and the film score for Marina Abramovic: the Artist is Present, a documentary about the artist. In March 2013, she accompanied Nick Cave’s beautiful horse soundsuits for the 100th anniversary of Grand Central Station in New York City.

Mary was named 2014 Pew Fellow by the Pew Center for Arts & Heritage, an organization that awards grants in support of Philadelphia’s arts and cultural community. She is one of 12 individuals chosen to receive a $60,000 fellowship award. 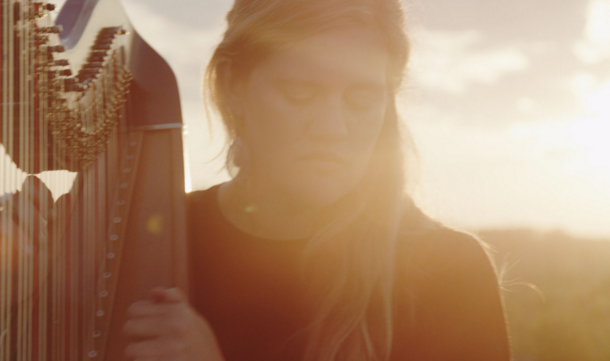 “There’s an old school belief in New York City that it’s a place of certain institutions that define the city, and should and ought to live on forever. I believe to some extent in that too, but another type of bagel is allowed to open ultimately in New York.” – Noah Bernamoff