Rakugo is a unique form of entertainment that became popular in the 17th century during the Edo period. A storyteller sits on the stage alone only with a folding fan and a hand towel. These are the only props used during the performance. But once the rakugoka starts talking, you are in another world. The rakugo-ka would quickly draws you into the story and you would feel as if you were sitting right next to the characters. And there is always a surprise punch line at the end!

That is why rakugo has been very popular for centuries. Rakugo is becoming global lately and there are even non-Japanese rakugo-ka like Katsura Sunshine who joined us on Episode 102.

Eiraku san is one of the rakugo ambassadors who inspire the world with the power of Japanese-style yet universal humor in English.

In this episode, we will discuss what exactly rakugo is, how Eiraku san got into rakugo, why rakugo is so unique and powerful, food-related rakuro stories and much, much more!!! (Also, Eiraku san will perform rakugo for us!)

For Eiraku san's upcoming events and classes, go to
https://eigorakugo.wixsite.com/kanariyaeiraku 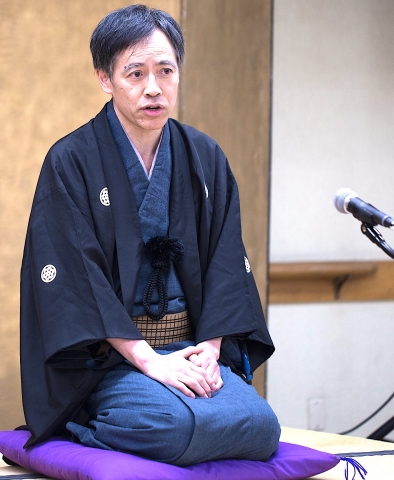 Our guest is Kazumasa Nishikawa who is the 4th generation head master of the Nishikawa school of Japanese dancing, which has a histor

Our guest is Winifred Bird who is a writer, translator, lifelong cook, and lover of plants, based in northern Illinois.

Our guest is Yarrow Lazer-Smith, a.k.a.

Our guest is Hannah Kirshner who is the author of “WATER, WOOD, AND WILD THINGS”, which just came out on March 23, 2021