The Saxelby Radio Scholars program is a podcast series produced by teenagers telling the stories of food in their community. In the fall of 2015, Heritage Radio Network's second class of Saxelby Radio Scholars were selected from Food and Finance High School in Hell’s Kitchen. Each scholar shared a unique and personal story about food. But what makes their stories so powerful is the perspective they all share: being teenagers.

Our scholars were given a broad challenge: to make a radio story about any food topic of their choice. In a generation overwhelmed by content, they sifted through the noise to find a topic that is truly interesting to each one of them. Here are their stories:

“It really amazes me how something such as food can be so influential in our community and throughout the world in knocking down barriers, from race to culture, religion, gender, sexuality, and even personal conflicts.”

Jessica grew up in New York City, but she didn’t experience a lot of diversity until attending The Food and Finance High School. It was there that she realized that food can connect people and encourage appreciation for diversity. In her piece, Jessica interviews her Chinese grandmother, mom, and her teacher, Mr. Chi about their experiences with food as a unifying agent.

“Food is family. And whenever I think of family, I think of my own family: the struggles they faced to be where they’re at right now, how food connects all of them, and how it keeps connecting us.”

Prisleidy grew up in the Dominican Republic and now lives in New York City. Despite having moved, she continues to feel a connection to her family’s country through food. In Prisleidy’s piece, she talks to her mother and aunt about their personal relationship with food and home country.

“My experience growing up in New York City is very different from those of my parents, as the food around me is largely manufactured. Being surrounded by and using manufactured foods has, in a way, lessened the connection I feel with the food.”

Luis is an aspiring chef who one day wants to open his own restaurant. Both his mother and father grew up in Mexico where they had a very close connection to the land and the food they grew themselves. Because of this, Luis realizes the importance working with food in a way that is respectful of the environment, the farmer, the life the animal lived, and the land. In his piece his interview his mother and father about their lives in Mexico and Chef Evan Hanczor of Egg Restaurant in Brooklyn about changing practices in the kitchen.

“Outside the kitchen, we barely talk. We’re not really friends, like he said. But the minute we walk into the kitchen, it’s like a switch goes on; We instantly become friends. Well… friends who argue a lot.”

Solviany realized that at the Food and Finance High School, most students act completely different when they’re in the kitchen than they do in their everyday lives, including Solviany. She talked to some of her closest friends from cooking class and her instructor, Chef Lynch about how their personalities transform upon entering the kitchen.

“For me, personally, the reason why I emotionally eat is because I feel lonely. I feel like not a lot of people care about me. Even if you say you do care about me, there are time when I’m just not feeling the love.”

Kyle emotionally eats in order to find comfort, and he realized that many others do the same. However, he discovered that not everyone seeks comfort through eating for the same reasons.  He talked to two close about their emotional eating habits, and how they feel when they’re done eating.

“I can’t explain to her what’s going on in my head. I want to stop worrying about the food, but I also want to have a thin body type. Since I never had anyone to talk to that understands me, I usually keep the thoughts to myself. I give myself advice, but I feel like there’s a roller coaster in my head.”

A few years ago, Adriana became obsessed with eating healthy and losing weight. She developed an eating disorder and was unable to talk to it about her mom because she didn’t understand what her daughter was going through. In her piece, Adriana interviews Carmen Cusido, another Latina journalist who talks about her own struggles growing up in a Latina family with an eating disorder.

The voices that the Scholars bring to their work are voices we would never hear without the Saxelby Radio Scholars program. The Saxelby Radio Scholars program is a very special extension of our work here at Heritage Radio Network, made possible by the generous support of Bill and Pam Saxelby and The Julia Child Foundation for Gastronomy and the Culinary Arts.  To find out more about the program, and past scholars, see here. 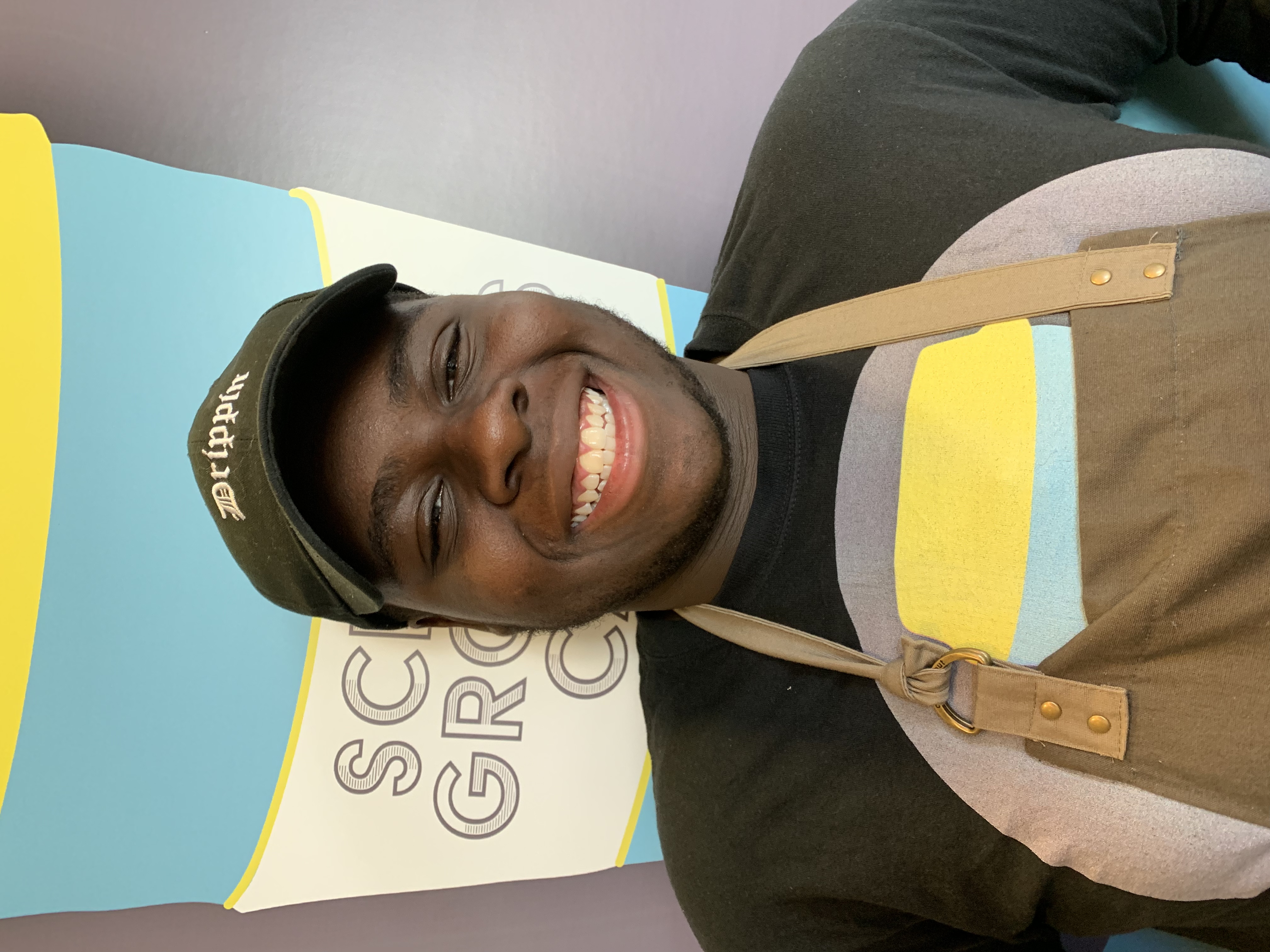 Having grown up in Brooklyn and Queens, Richard is familiar with people from many different places in the Caribbean – Jamaica, Guyana, Haiti, and St. Lucia. Everyone brings their own food culture, music, and language to the city. Outside of his neighborhood, Richard finds that people often... 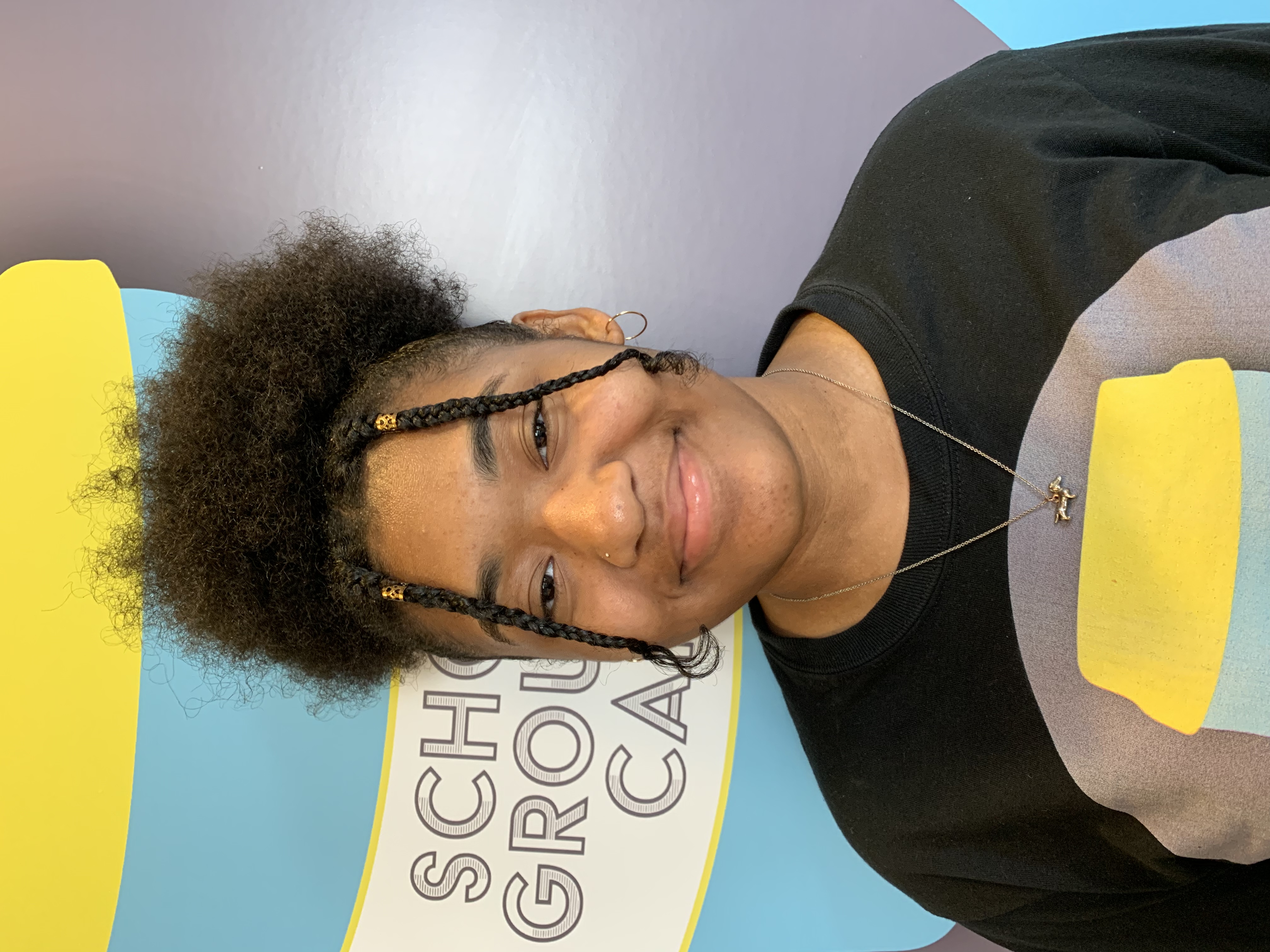 Leilani May manages public relations for Food & Finance High School's School Grounds Café, so she's curious about the effect that social media can have on a restaurant's business. She looks at what can go terribly wrong on social media, and interviews Rose Hewetson of Dig Inn about how to use... 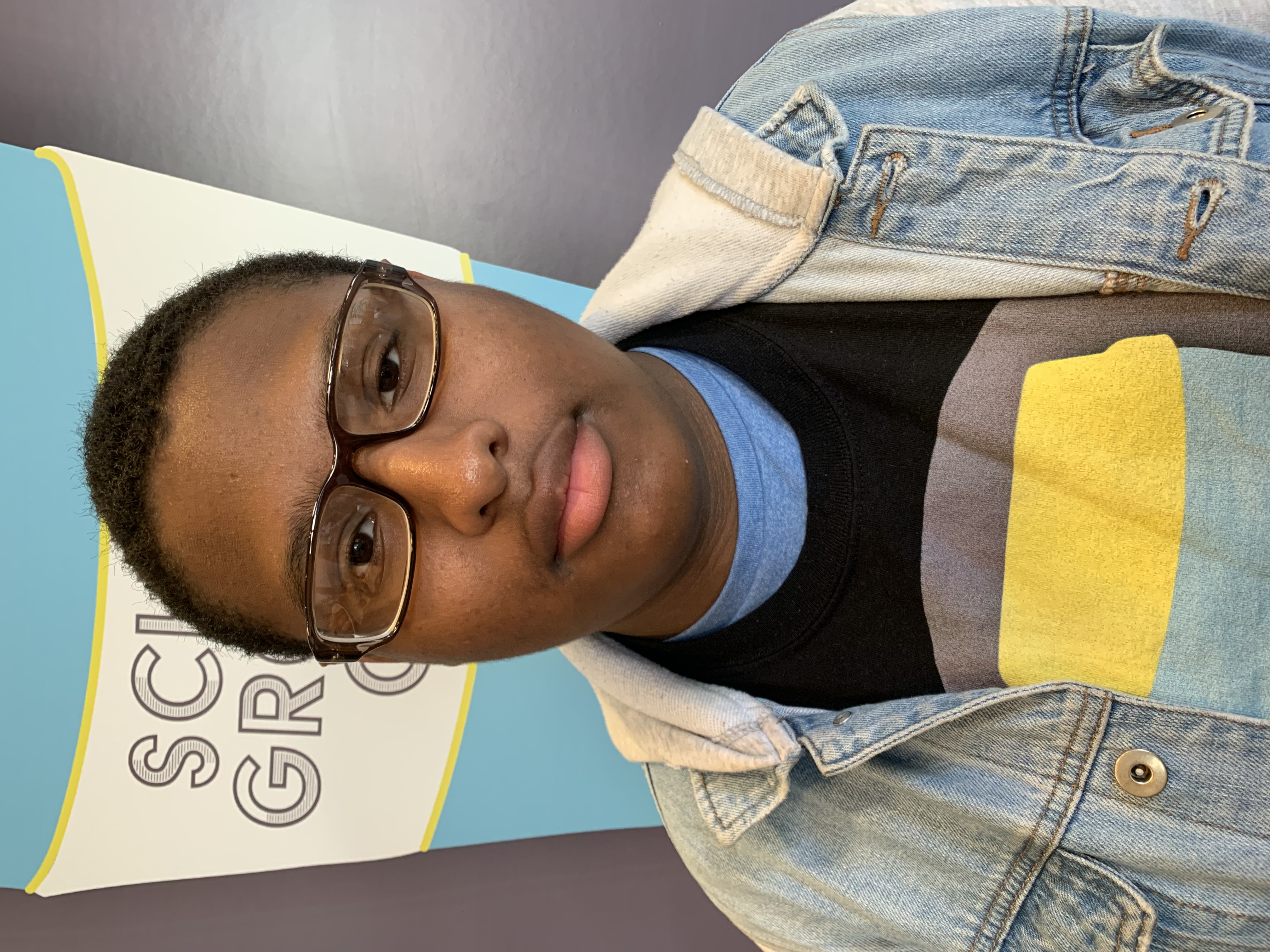 Joel is concerned about food waste at his school. In School Grounds Café, where he works each morning, they often have to throw away pastries. Sometimes it’s because of protocol, because products have gone stale, or because they make food just for practice. And it’s not just a problem in the café... 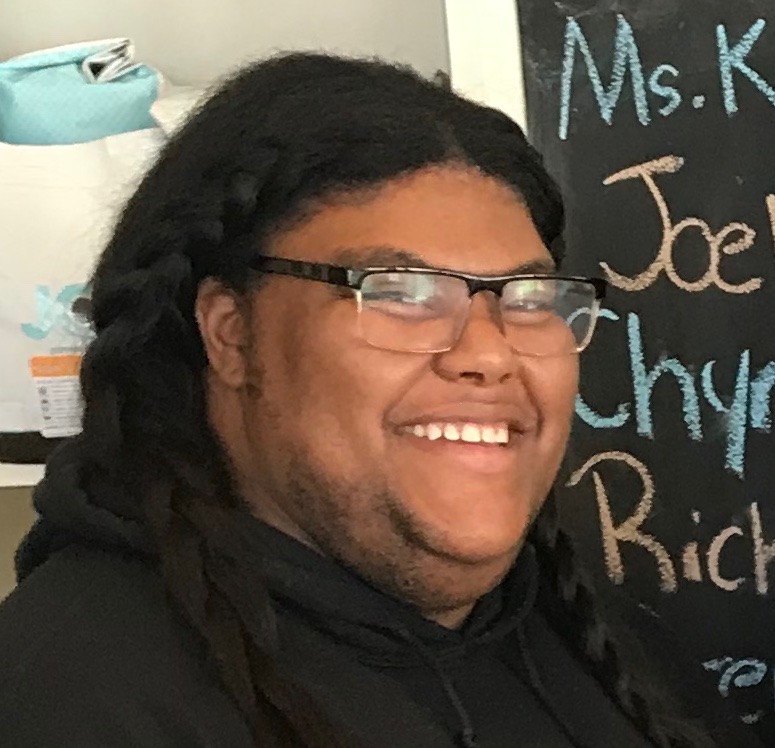 Chyna's dad passed away during her freshman year of high school. It was the hardest time of her life. Looking back, Chyna sees how food memories played a role in her grieving process. While she fondly remembers his pancakes, other members of her family have their own favorite dishes they recall... 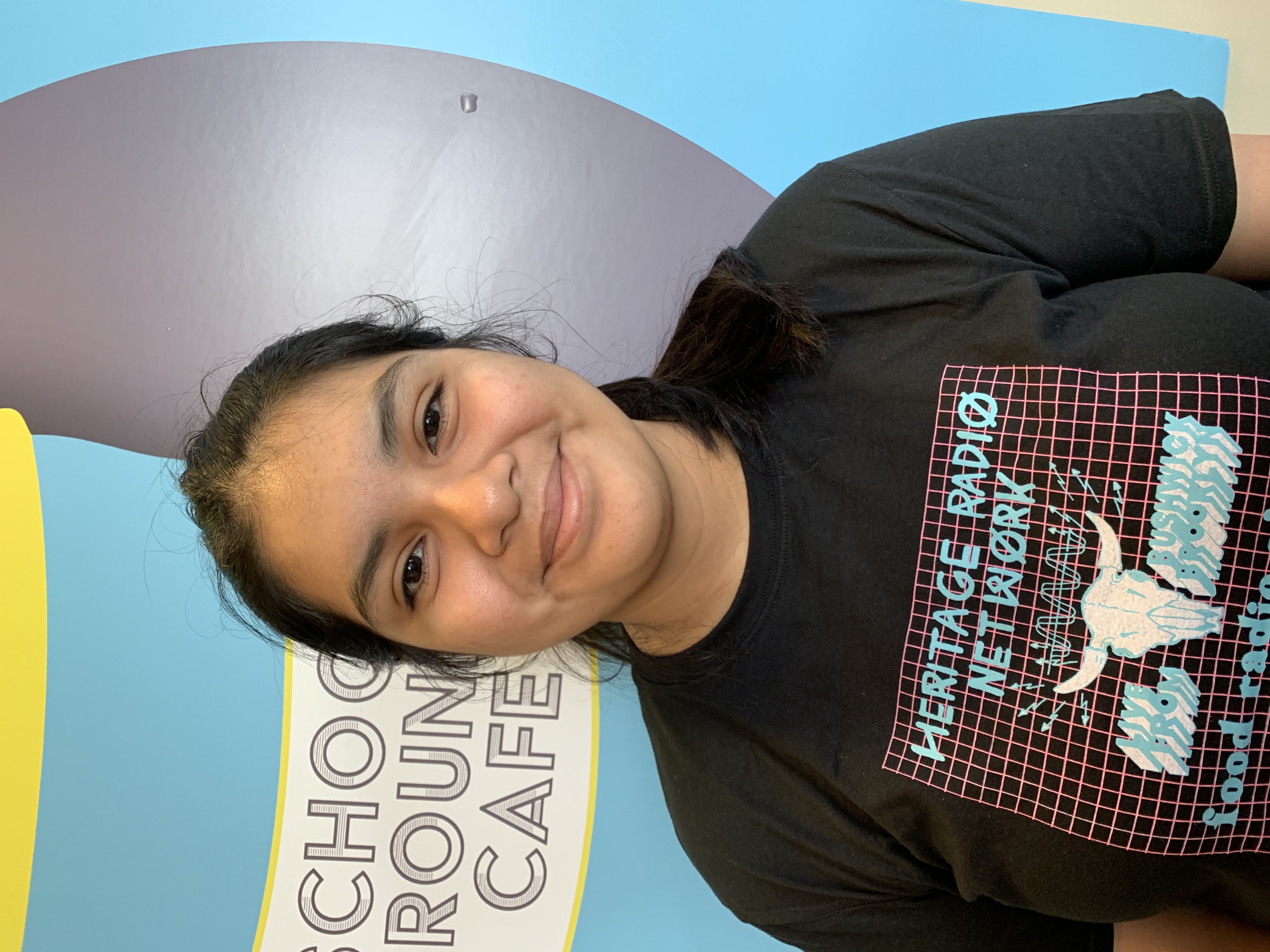 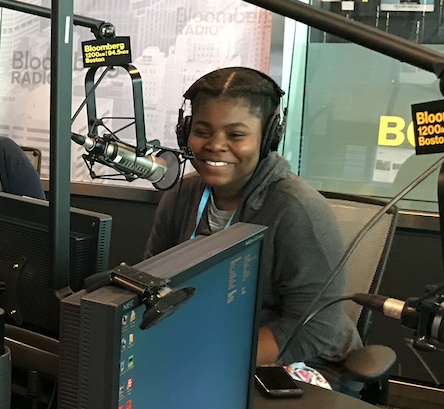 What is passion? – That's the question that Laila sets out to answer through the lens of food. In order to learn about where passion comes from, she talks to her father, whose love of cooking comes "straight from the motherland" of Ghana and from his own mother. She also interviews her mother, who... 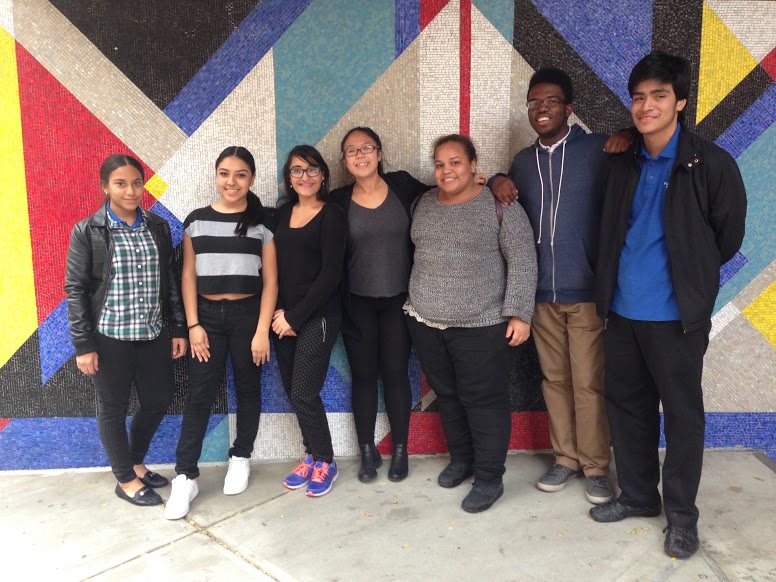